In the age of social media, brands must speak out on societal issues

The old maxim warning companies against taking a stance on hot-button issues is increasingly under question, especially considering the values of younger generations 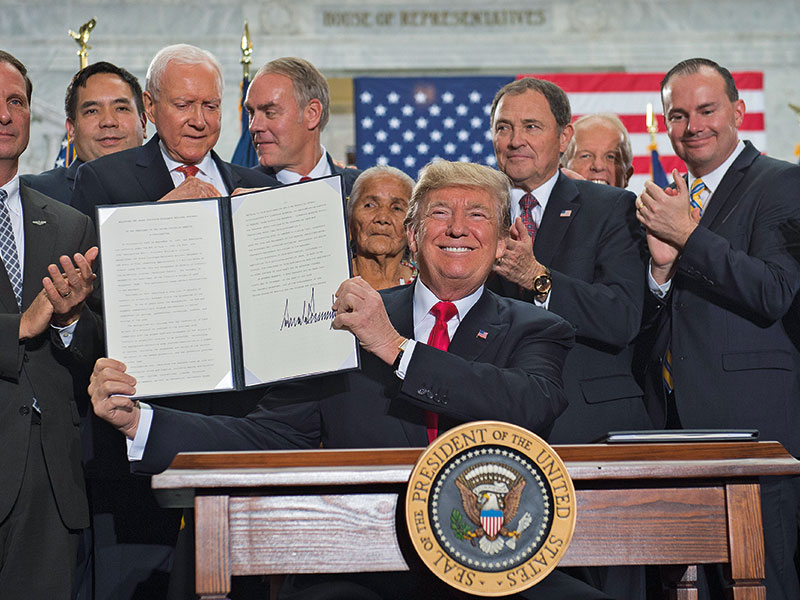 For public relations departments, the view that controversial issues should be avoided has long been near axiomatic. Increasingly, however, consumers expect the companies they do business with to take a stand on relevant issues and assert their values publicly.

The carefully crafted, sanitised and neutral-sounding statements that once defined corporate communications are giving way to more forceful, ostensibly principled stances today. Millennials and Generation Z are the age groups most driven by moral considerations in their purchases. As they enter the labour market in greater numbers, their values become more important for companies to consider.

Technology has made communications easier and faster both for companies and consumers, leading to higher demand for fast reactions from companies. Further, in times of political division, people can see corporations as proxies for the value-based leadership they believe governments to be lacking. This is a growing trend all over the world, and companies are beginning to see it as a new tool in their communications arsenal.

Taking action
According to a study carried out by Sprout Social, titled Championing Change in the Age of Social Media, in which 1,000 consumers were surveyed, 41 percent of respondents believe it is somewhat important for brands to take a stand on social or political issues, and a further 24 percent say it is very important for them to do so. By contrast, only a quarter of respondents said that it is not very or not at all important.

“We are seeing a rising tide in this kind of behaviour from brands, which I think is not just in the US,” Andrew Caravella, Vice President of Strategy and Brand Engagement at Sprout Social, told European CEO. “There are some discrepancies based on what matters in certain regions, but behaviourally we are seeing it happen more and more.”

Despite the risk of alienating part of the market, there are greater benefits to speaking up than there are to keeping mum

Despite the risk of alienating part of the market, there are greater benefits to speaking up than there are to keeping mum. According to Sprout Social’s survey, consumers are more likely to have brand loyalty if they agree with the message than they are to boycott a brand if they disapprove of its ideology.

Successive studies by the Global Strategy Group show that this trend has been growing for quite some time. As far back as 2013, 44 percent of people believed corporations should take a stand for their political beliefs, regardless of how controversial they may be. In its latest survey in 2018, that figure rose to 76 percent. “There’s a pool of people who, as employees and as consumers, place a great deal of emphasis on corporate values, and want to work with and do business with companies that share those values,” Julie Hootkin, Partner at the Global Strategy Group, told European CEO.

Edelman’s 2017 Earned Brand study, which surveyed 14,000 people from 14 countries, found that the number of people who were buying or boycotting brands based on their ideological stance increased by 30 percent over three years. Further, the survey showed that 23 percent of belief-driven buyers will pay up to a quarter more for brands that share their beliefs, while 48 percent will defend the brand and criticise its competitors.

As well as brands, employees are realising the importance of making their beliefs public. As companies compete to attract young talent, it is worth keeping in mind that among the most important factors young professionals take into account when choosing where to work is a company’s values.

“My sense is that from the consumer perspective and from the employee perspective, people are looking for purpose,” said Hootkin. “On the employee side, we are seeing a huge priority placed on a company’s values, and employees who want to ensure the companies that they work for share their values.”

Deafening silence
Edelman’s survey suggests that silence could be more damaging to a brand than speaking out. Of the respondents, 65 percent said they would not buy from a brand if it stayed silent on an issue it had an obligation to address, while 67 percent said they bought from a brand for the first time based on a position it took on a controversial issue.

In 2017, when President Trump’s ad hoc travel ban was causing havoc at airports around the US, cab drivers at New York’s JFK Airport went on an hour-long strike in protest. Ride-sharing app Uber, however, did not stop operating in the area, which was seen by many as undermining the strike. The backlash against the company was swift and strong, sparking an online campaign for people to delete the app. Uber’s main competitor, Lyft, capitalised on its rival’s mistake and drew a line between the two companies in the form of a $1m (€860,000) donation to the American Civil Liberties Union.

“Historically, you sort of got credit for doing something good, but there wasn’t a huge penalty for not doing anything,” said Hootkin. “Now… because expectations have intensified, because there is so much activity, because more and more companies are in fact stepping out, those who choose to do nothing or say nothing stand out more, and are potentially more at risk when it comes to reputation.”

Hit and miss
There may be more to gain than to lose by taking a stand, but that does not mean any company is right to speak out on any issue. There has to be some form of relevant link to the brand itself, and the messaging must in some way fit the brand’s purpose and mission. Without this connection between the issue and the brand, consumers can find it difficult to see the credibility in the message. Even with a well-established link, it is important that a company is able to communicate its reasoning.

One successful example occurred in 2017, when outdoor apparel company Patagonia mounted a strong protest against Trump’s decision to substantially reduce the size of two national parks. The company prominently featured a message on its website that read “the president stole your land”, and filed a lawsuit to block the cuts. This stance went to the core of Patagonia’s purpose as a company: it defended the right of its customers to access vast areas of nature.

On the other hand, campaigns such as Pepsi’s protest advert featuring model Kendall Jenner failed famously. Capitalising on the growing number of protests taking place around the US, it showed a crowd protesting in front of police, only to be soothed once Jenner produced a can of Pepsi and handed it to an officer. There was no connection between Pepsi and the vague protest shown in the campaign, making it seem empty and opportunistic to viewers.

“One of the most important things to do is to be able to articulate your motivation for taking a position; you need to be able to explain why you took the position that you took,” Hootkin said. “People may not always agree with you, but to the extent to which you’re able to clearly articulate your rationale, they may understand.”

However, there is a limit to how much a brand should speak out. According to Sprout Social, consumers do not want brands to devote more than 10 percent of their social media activity to hot-button issues, as it can distract from the other customer communications.

It is also important for companies to practise what they preach. This does not mean always taking symbolic action to follow vocal statements, but it does mean it is necessary for brands to not appear hypocritical. A company that takes a stand on labour rights and then is revealed to have substandard working conditions will see its reputation suffer.

Brands should look at controversial topics not as the third rail of communications, but as a marketing opportunity. Not every issue is for every brand to speak on, and there should always be a plan in place to deal with the backlash that will surely come from disapproving audiences. There is no doubt, however, that it is more lucrative than ever for companies to make their values known to the public. Taking a stand is no longer just a principled position, but a sound business choice.