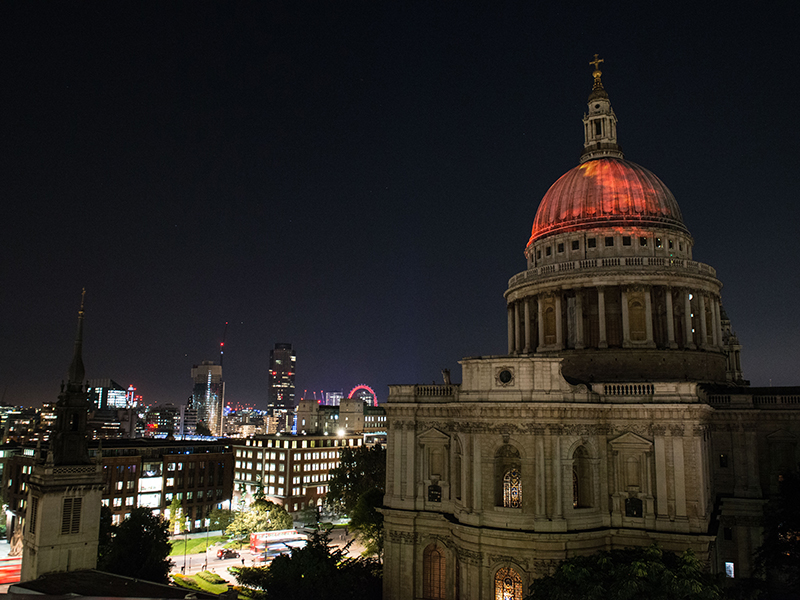 Bloomberg's new European headquarters cost in the region of €1.12bn, and is located between the Bank of England and St Paul's Cathedral in the City of London
Management

On October 24, US economic and financial information company Bloomberg opened its new European headquarters in the heart of London. The construction, which cost the company in the region of £1bn (€1.12bn), has been ranked as the most sustainable office building in the world by an internationally recognised certifying firm.

In a statement released after the event, the company said: “[The construction] is the first wholly owned and designed Bloomberg building in the world. Designed to facilitate collaboration and fuel innovation, it will bring Bloomberg’s 4,000 London-based employees under one roof for the first time.”

Meanwhile, Kahn took to Twitter to celebrate Bloomberg’s “huge vote of confidence in London as a destination for business” at a time when Brexit negotiations continue to raise concerns over the capital’s future prospects.

Brilliant to open Bloomberg’s new European HQ – a huge vote of confidence in London as a destination for business. #LondonIsOpen pic.twitter.com/btg06lhJC6

In terms of sustainability, the 1.1 million square foot building achieved a 98.5 percent score against the BREEAM sustainability assessment, which Bloomberg claims is the “highest design-stage score ever achieved by any major office development”.

According to the Financial Times, the building’s sustainable design will save 73 percent in water consumption and 35 percent in energy consumption when compared with the city’s other corporate buildings.

“Our new building aims to empower our employees so that we can better serve our customers, while complementing and adding new life to this historic neighborhood,” Michael Bloomberg said as part of the company’s statement. “We have a great future here in London, and this is a big investment in the city.”

Although the company hasn’t disclosed how much it has invested in the building – which is located between the Bank of England and St Paul’s Cathedral – Foster and Partners has revealed the project cost £1bn (€1.12bn). The London-based architecture firm has built a reputation as a sustainable developer, coming to prominence with its design of Apple’s headquarters in Cupertino, California.

As Bloomberg has explained, its new headquarters was conceived to harmoniously fit the city’s physiognomy. This is represented by the fact 90 percent of the construction materials were sourced within the UK, while the building itself includes an entrance to the Bank underground station and encompasses three public plazas.