Karen Holden, the founder of A City Law Firm, gives the top legal tips for anyone who finds themselves harassed at work 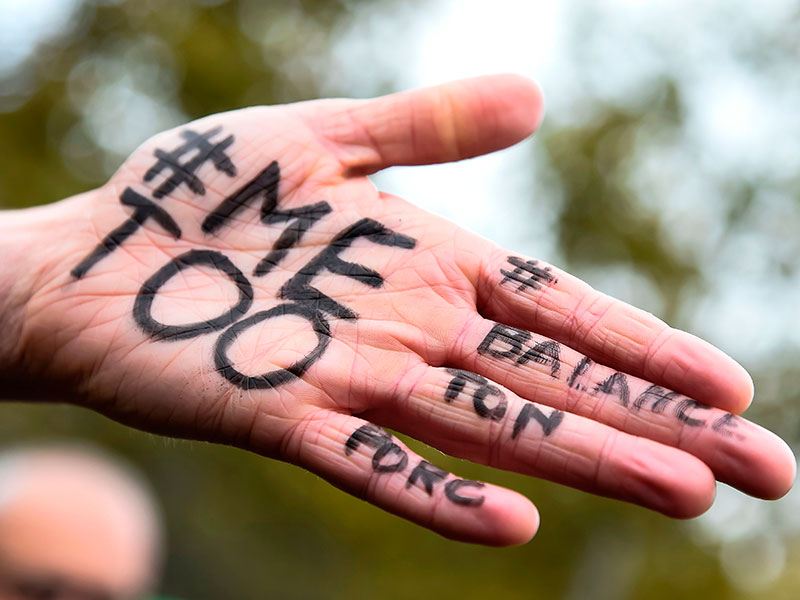 In recent weeks, allegations of sexual harassment in professional circles have not only surfaced in Hollywood, but in the British parliament too. This has made many people wonder what sorts of behaviour constitute harassment in a working environment, and what’s best to do if you find yourself at the receiving end of it.

As employment lawyers in London, we sadly do see the worst of such cases both inside and outside the workplace. Employees who feel they have been targeted may feel they have to stay silent in case they lose their job, aren’t believed, or even face reprisals.

Victims of sexual harassment at work can feel humiliated when these incidents happen, which is entirely natural, but it’s unacceptable that the situation arose in the first place. They are often in need of support and help to report these matters, but may find themselves isolated, scared or unsure of their rights.

In 2016, the Trade Union Congress (TUC), in association with the Everyday Sexism Project, released a scathing report stating that, on average, 52 percent of women in the UK experienced some form of sexual harassment in the workplace, with younger women (aged 18-24) experiencing this at a much higher rate.

Perhaps the most concerning fact identified by the report was how few women reported acts of sexual harassment, and how few felt their situation improved as a result of reporting such incidents. Shockingly, just 10 percent of those that stepped forward felt their situation improved, while 16 percent stated their circumstances actually worsened. The majority observed no change at all.

What is sexual harassment?
The Equality Act of 2010 defines sexual harassment as “unwanted conduct of a sexual nature which has the purpose or effect of violating someone’s dignity, or creating an intimidating, hostile, degrading, humiliating or offensive environment”.

This conduct can include anything from jokes – yes, even ‘banter’ – to physical contact and everything in-between. It can be given by phone, in person, email or even out of a car window. However, you don’t have to actually be the direct victim of the ‘act’, but if you are also scared or disturbed by the action, and likewise feel harassed even from across the room, you too can and should report this as sexual harassment.

People often don’t understand these incidents are criminal acts that should be reported to the police, and many are too afraid of the repercussions or are unsure of their rights. Someone exposing themselves or assaulting you is a criminal act, harassing you aggressively with unwanted sexual comments that places you in fear is a criminal act, and following you home from work is a criminal act.

The vast majority of people polled by TUC had experienced sexual harassment from a colleague, with nearly one in five stating that it was someone with direct authority over them. So how do you overcome such an impossible situation? How do you work with them when there is a grievance in place and yet you have to see them every day? Will other staff members take it seriously or think you are creating trouble? Will it hinder your career? These are all things that we know go through people’s minds during this time causing often depression and self-confidence issues.

What should you do?
First, keep a diary and record everything, including times, dates and the comments made. Evidence is key in establishing any case, and even though many acts of sexual harassment occur without an audience or witnesses, recording this information could lead to evidencing the bigger picture. Retain photos/medical evidence if you are depressed or if you have suffered physical contact, save emails, make notes of conversations and write down the names of individuals who may have overheard or seen the action.

You may not be the only person that has been targeted and therefore the evidence you supply could be supported by other colleagues. Try not to be alone with your harasser, remain in sight of other people, tell the individual to stop. As difficult as it may be, directly telling the individual that you do not tolerate this behaviour makes it clear the action is no longer ‘banter’ or a joke. Doing this publicly further supports your position. Remember, if the facts remain unclear after a thorough investigation the decision will rest on what a reasonable person would conclude in light of the evidence.

If you don’t feel like you can tell your superior, then tell someone you trust in the office or if your office has a HR department, start there. This may also be difficult, especially if the person is in a senior position in the business. Doing this verbally may informally resolve the situation. However, if this is not the case you must put your complaint in writing and issue this as a formal grievance, this way your employer is forced to investigate and respond to you. Any good and reputable employer should do this confidentially and take it seriously, so the issues can be addressed.

Evidence is key in establishing any case, and even though many acts of sexual harassment occur without an audience or witnesses, recording this information could lead to evidencing the bigger picture

Unfortunately, this is not always the case so you may need to appeal, seek legal advice and persevere for a response. Any meetings relating to the issue should be minuted, but it is useful to take notes yourself as well. Taking a colleague or union representative to any grievance meetings will provide support and will help you to not feel bullied or pressured in any way. It is also important to take your time, and don’t be afraid to read from written notes if this helps you cover all necessary aspects.

If you don’t feel like your place of work is doing enough or you have spoken to your superiors with no results, there are other options available. You can report this to ACAS, which will talk to your employer on your behalf. Alternatively, you can make a claim to the Employment Tribunal, which will hear your case and act upon it (however, we usually strongly suggest a formal grievance and lawyers letter before this). If someone has caused you such trepidation that you feel sick or scared, you can seek a medical certificate to sign off work during the grievance. Additionally, you could dismiss yourself if no real or genuine action/protection is being taken, then you can claim ‘unfair dismissal’.

You’re not alone
Being afraid of losing your career/job is entirely normal and you may feel reluctant to act because of this. However, the vast majority of cases do not reach a courtroom and are settled anonymously, allowing you to stay out of the spotlight of future employers. You should not be placed in an environment that is dangerous, scary or upsetting. If your employer doesn’t take action, then a lawyer’s role is to help you seek compensation so you can move on and find a new job or new department – unless we have been able to remove the person causing the harm or address the issues for you.

While we talk about the ‘workplace’, an employer is vicariously liable for the actions of their employees. This means they can be held responsible for any harassment one member of staff inflicts on another. Even if it’s at a social occasion, in the staff car park or otherwise, failing to address any of your employees concerns could lead to serious repercussions.

Although most reported cases involve men harassing women it is not exclusive and the reverse is also possible, as well as same-sex harassment. The TUC report specified that in one out of 10 cases, the perpetrator was a woman, which demonstrates that sexual harassment can happen to anyone at any time. Men/same-sex employees will still feel the same intimidation and concerns, and must be equally protected and respected if they raise the issues. If you see someone being sexually harassed, make it your responsibility to intervene or report it. The simple act of supporting the targeted individual may, in turn, help others in the same situation.

No one should be forced to work in an environment where they feel threatened, so why should you? Take action now.