Humans have evolved to be attuned to the body language of those around them. Leaders often know how to use this to their advantage, but even the greatest can slip up, causing embarrassment and damage 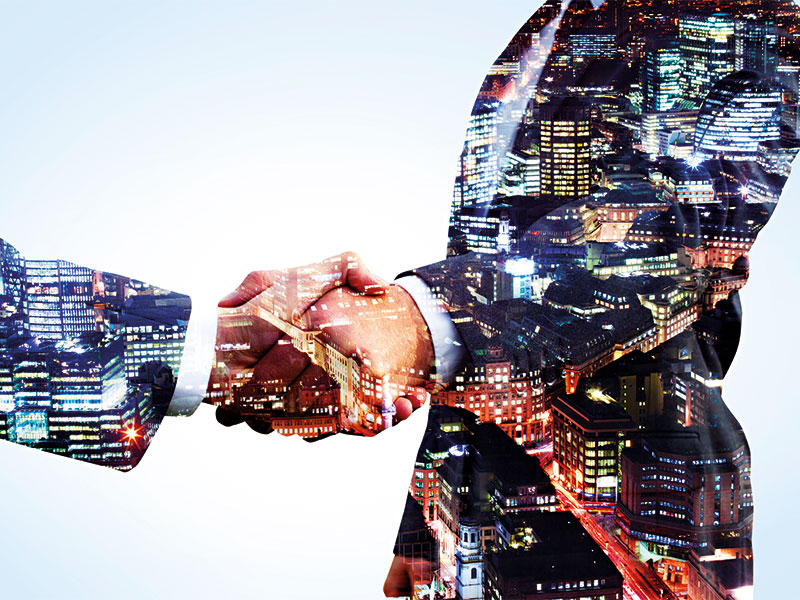 Body language reveals a lot about what's behind someone's words, but it can be given too much value. Balance is vital
Management

The spotlight of leadership is often accompanied by a reminder of the powerful impact of body language. In today’s world, both political and business leaders are increasingly finding themselves on display. Modern leaders will frequently find themselves the focal figure in video interviews, news broadcasts, and conferences, as well as endless face-to-face meetings. In all such scenarios, their use of body language will inevitably be carefully – if unconsciously – scrutinised. Signals conveyed through the body can change the way someone is perceived, alter the balance of power in a room, or even reveal what is on someone’s mind.

In the realm of body language, much is purely instinctual. Angela Merkel, for example, doesn’t logically mull it over before scratching her eye when faced with an exasperating remark from another leader. Individuals don’t make a conscious decision to commit more to memory when someone’s speech is accompanied with hand gestures, or choose to perceive someone as better informed if they are standing in a more dominant pose. Neither do we logically resolve to feel particularly trusting of people with broad, slow hand gestures. What’s more, few people are aware of smiling excessively or tilting their head when they’re the submissive party in an interaction.

Dominant and submissive
Those in leadership positions must, in particular, grapple with the subtleties of body language that go hand in hand with dominance and authority. In addition to being an age-old way of establishing social hierarchies, the nature of someone’s body language can also influence how often they get interrupted and how long people will allow them to speak. Giving an impression of being in control can raise someone’s influence and increase the impact of their words and ideas on an audience, or alter the power dynamic in a negotiation.

Authority and dominance can be conveyed in a number of ways. “You need to look confident and in control”, said Peter Bull, professor of psychology at the University of Salford. “Twitchy and nervous gestures will make you look as if you’re not in control.” It is generally accepted the key to conveying dominance is to adopt a stance that opens up the body and takes up a large amount of space. Holding one’s head straight and keeping someone’s gaze can also signal authority.

In a recent study by Richard Newman Research, published in the journal Psychology, respondents were shown videos of various actors presenting a speech, and were then asked to rate the speakers on how confident, inspiring and convincing they were. While the speech itself was always the same, the actors shifted their body language from video to video.

Newman found that, when the speakers took on a more dominant stance – with their feet apart and their palms facing downward – they were rated higher on all three attributes than those that didn’t. Notably, those employing a confident stance were also judged to be more knowledgeable, demonstrating how body language can influence the way people process a verbal message.

Evolutionary background
“We are a species that cares about dominance and position, and we are a species that conveys that through non-verbal language”, said Geoffrey Beattie, academic psychologist and author of Rethinking Body Language. This dates back to our evolutionary beginnings, and the fact our ancestors once relied on the intricacies of body language to make survival decisions. It is not surprising, therefore, that the standing positions or ‘power poses’ people adopt today to signify authority often mirror those used by primates.

Indeed, in evolutionary terms, the spoken voice is a relatively recent addition to the human communication toolkit. The result is people have an intricate system of receptors that allow us to make snap decisions and subliminal judgments based solely on non-verbal cues. So, when leaders employ dominance cues, they are utilising an ancient language of authority and power that taps into our very biology.

Displays of dominance employed to convey authority can be observed throughout history. Holbein’s famous painting of King Henry VIII displays many of the same body signals that psychologists explore in leaders today. According to Bull: “The painting is a classic display of dominance: Henry’s arms are akimbo, his fists are clenched, and his legs are pitched wide apart. The whole picture is of a man that wants to look really dominant. He is also occupying a lot of space because this makes him look bigger, and he comes over as very large. All those are signs of dominance.”

Interestingly, this process doesn’t just influence how others perceive us; it also actively intervenes in our own brain chemistry. A study by Amy Cuddy from Harvard University revealed a direct link between the poses people hold and the levels of various hormones in the body. She conducted an experiment that put one group in ‘power poses’, including leaning forwards against a desk with arms wide, or sitting with feet perched on a desk.

A separate group was placed in constrictive positions, with shoulders rolled forwards and face pointing downwards. After holding the pose for just two minutes, participants in the dominant position saw raised levels of testosterone – a hormone linked to risk-taking and aggression – while those in submissive positions saw elevated levels of cortisol, which is a hormone associated with stress. Notably, the combination of low cortisol and high testosterone is linked to grace under pressure and confidence. This implies that, by simply adopting a dominant pose, people can trigger a feedback loop that boosts their leadership qualities.

Donald’s luck
Of course, leaders must achieve a much more delicate balance with their body language than simply presenting themselves as dominant. Authority and power is just one aspect of the body language of good leaders, and it can certainly be taken too far. This is what lets down Donald Trump in his now-infamous approach to handshakes. While the US President has clearly acknowledged the power of body language, his efforts to appear dominant have tipped the balance much closer to embarrassing caricature than authoritative leader. Watching Trump’s handshakes, in which he employs what Bull describes as a “clasp-and-yank technique”, it is difficult not to feel uncomfortable. “His power signals have gone so badly wrong. What he does with his handshake is to literally pull people around – he pulls them into his bodily zone”, said Beattie.

Trump’s mistake is failing to realise body language must be subtle to have an effect. “Once you get to the stage where people comment on your power signals and are consciously aware of them, they cease to work”, said Beattie. A good leader will be flexible with their body language, striking the right balance between establishing dominance on the one hand, and conveying empathy and openness on the other. Indeed, when looking to a leader, people are unconsciously looking out for this full range of nonverbal cues. While dominance can inspire confidence, approachability is also crucial.

A good example of this was recently demonstrated by Oscar Munoz, CEO of United Airlines. In April, United fell into crisis mode when a video went viral depicting a customer being brutally forced off one of their planes. Faced with a drop in the company’s share value and repeated calls for his resignation, the pressure was on Munoz. Joe Navarro, former FBI agent and author of What Every Body is Saying, said: “I saw the video of Munoz apologising by first playing it with no sound. What stands out is that he is in the mode where he is supposed to be: he expresses that this is an emotional event. One of the great traits of leadership is when you can convey strength with kindness and empathy, and they are not mutually exclusive.”

In this instance, Munoz was convincing as a result of his ability to appear sincere; his body matched his words. In stark contrast, Trump noticeably struggled to appear authentic in the awkward apology he issued following his own video scandal, in which he was caught making obscene remarks about women.

Emotional leak
Another crucial dimension to body language for leaders is what they might accidentally be giving away. Indeed, even the most skilful can slip up and allow their bodies to display something they would rather be kept secret. “If you watch President Obama in the early years, any time Vice President Biden said something that he shouldn’t have said, you would immediately see Obama compress his lips together. That was his way of showing displeasure”, said Navarro.

The shapes people pull with their lips are among the most telling giveaways to their state of mind. Notice, for instance, that in the infamous footage in which George Bush is surreptitiously informed of the 9/11 attacks, his reaction is to purse his lips and twist them to one side before carrying on as if nothing had happened.

Another classic example of emotional leakage is Angela Merkel’s aforementioned unconscious habit of reaching to touch around her eye when she disapproves of something that has been said. Navarro noted: “It’s called a blocking gesture. It is just something that we do that helps us to either distance ourselves or psychologically block what we just saw or heard.” According to Navarro, Merkel had a particular penchant for this tell when she spent time around former French President Nicolas Sarkozy. “Any time he says something really stupid – which he often did – watch how she would immediately cover her eye. That was an immediate tell that he had just said something he shouldn’t have”, said Navarro.

Often, it is the quick flash of emotion that can give away people’s true thoughts. “There is evidence that suggests that people can leak through the face through very brief expressions”, said Bull. For instance, in a scenario where someone attempts to suppress a reaction of anger or surprise, it will often leak out through a momentary lapse in composure.

Yet, according to Beattie, the most interesting leakage tell is when there is a mismatch between what someone is saying in their speech and what they are doing with their hand gestures. “When you are saying one thing verbally and your gestures don’t match, your gestures are always a better indicator of your underlying thinking”, he said. When this kind of mismatch occurs, people often intuitively distrust the speaker, as they instinctively react to the non-verbal communication rather than what is being said.

Leaders, like everyone else, are good at editing and being aware of their voice, but are often unaware of their accompanying bodily movements. While many understand how influential body language can be, and so have an intuitive grasp on what works best, we all give away a little more than we might like to.