Europe will soon overtake the US as world leader for MBAs

An isolationist turn has quickly weakened the US’ position as world leader in business schools. Much like its playground homophone, the Trump effect is driving people away 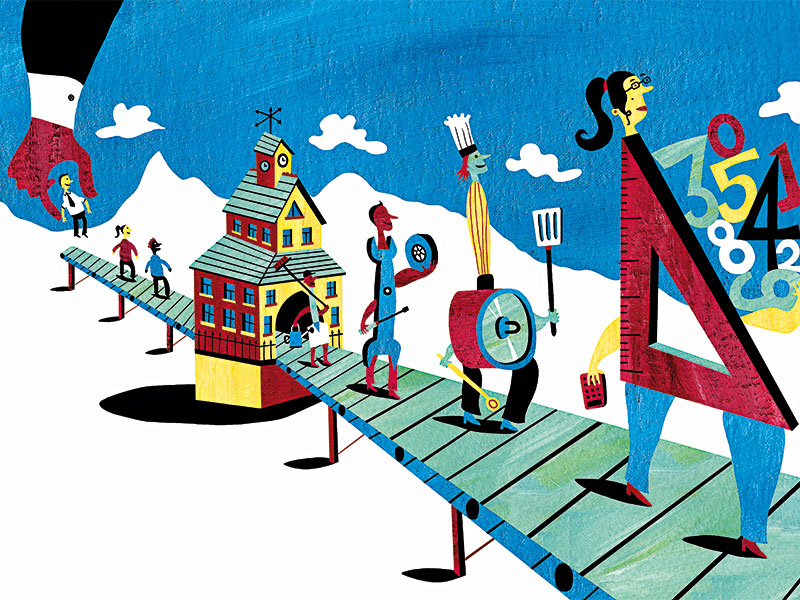 As the US closes its doors to the world, ambitious business school students will look to Europe. Power may be about to shift in the MBA world
Management

International MBA students, according to GMAC – the body responsible for administering the GMAT MBA entrance examination – revealed in an annual survey of prospective business school candidates that the US may be losing its appeal as a study destination for international graduate-level business students.

In February, 43 percent of non-US registrants on GMAC’s MBA.com portal said they would be less likely to study in the US after Donald Trump’s shock win, up from 35 percent in the immediate aftermath of the election.

The US remains the most popular destination for internationally mobile MBA applicants, and, for many, the birthplace of the MBA remains it spiritual home – where you will find the highest salaries, the greatest number of opportunities and the best schools.

None of this, however, makes it untouchable; the US’ brand has clearly been damaged by Trump. European nations could certainly come to profit from this. Indeed, interest in Europe had already increased from 30 to 34 percent between 2009 and 2016, according to the aforementioned GMAC research.

Progressive policies
The US will not lose its reputation overnight, according to Bruno Lanvin, Director of Global Indices at INSEAD, the world’s best business school according to the Financial Times. “It is undeniable, however, that a significant part of US successes in technology, innovation and talent competitiveness has been the result of the country’s ability to attract bright minds from all parts of the world, and give them the opportunity to thrive in a high-potential market. In the short term, Europe and Asia could be the economic beneficiaries of some of the decisions made by the US administration.” He warned, however, that Europe must make its own way, and not simply rely on perceived shortcomings across the Atlantic.

Beyond simply looking at visa policies, international students will be looking for a warm welcome and openness from their host nation

A lot of this comes down to practical questions: namely a graduate’s ability to find a job and to remain in the country in which they have chosen to study. Two thirds of non-US applicants scoring over 700 in the GMAT exam – considered the ‘magic’ score required for admittance into the elite top-tier of US schools – said they would reconsider their study destination if they were not able to get a work visa following their studies. With a good deal of tough talk from Trump on rethinking the H1-B visa, which is the main route through which MBA graduates are permitted to work in the US, nations with more open visa policies will certainly come to feature highly on the radars of these talented students.

Matt Symonds, Director of Fortuna Admissions, believes this may well be the case. “Those policies clearly impact on people’s thinking – you’re looking for job security when you invest in an MBA. The US is struggling with that, beyond the top schools. A Harvard or Wharton MBA can still open doors, but second-tier schools will be hit hard.”

Symonds also cited the case of the UK, where changes to the highly skilled migrant visa switched off Indian students – a powerful group in the world of business education not only in terms of talent, but sheer volume. This can be easily contrasted with the rest of the EU, where visa policies are often more open. “Even within the EU, each country sort of has its own interpretation”, said Symonds. “The Netherlands is one to which we might look for a progressive visa system. The dean of HEC Paris told me that 70 percent of non-EU students find jobs in France. These things matter.”

What’s the message?
France is a key example of a nation we can obviously pitch against the US, with its own high-profile new president – something of an anti-Trump. “Macron has this vision of innovation and entrepreneurship”, said Symonds. “He’s in his late 30s, he’s smart, he’s got that sort of international aura – we might look to his open call for US climate change scientists to come ply their trade in France. Universities and business schools in France will enjoy a wave of popularity on the back of that international message that he sends.”

The message is important. Beyond simply looking at visa policies, international students will be looking for a warm welcome and openness from their host nation. While Asian business schools have made progress in this respect, European nations are clearly in pole position. Norway was this year found to be the happiest nation on Earth by a UN agency report, while Sweden won awards for the ‘Swedish Number’, a telephone number that connected callers to a random Swede to talk about, well, anything at all, to mark 250 years of free speech. These things may not be profoundly serious, but, as Symonds noted, perhaps it would also be wrong to discount them, because who doesn’t want to be happy and enjoy the benefits of free speech?

On the more serious side of things, Symonds suggested candidates will also consider nations’ professional reputations, being attracted by, for example: sophisticated Swiss efficiency, very much embodied by its leading business school, IMD, which thrives on connections to multinational giants; Berlin’s entrepreneurial culture, of which ESMT very much lies at the heart; or Politecnico di Milano and SDA Bocconi for those with an interest in the world of fashion and luxury brands. Latin American students might also look to Spain for obvious reasons, which boasts in IESE, ESADE and IE a trio of world-class business schools. And, of course, there is London and the City for those targeting the finance sector. The reputations of these nations and their schools will play no small role in the decision-making of those looking for alternatives to the strengths of various regions of the US.

Measuring innovation
Perceptions based on our knowledge of the world and even our gut feelings are undeniably important when choosing a study destination. For those looking for something more objective and rigorous, however, we might look to Lanvin’s work at INSEAD, producing a range of indices measuring different nations in terms of innovation and talent competitiveness.

“Each of these indices is ‘holistic’ in its architecture and philosophy”, Lanvin explained. “This means that we try to track not just what is ‘innovation-specific’, like investment in R&D, or patents filed, or ‘talent-specific’, like university enrolment or levels of unemployment, but also the ‘enabling factors’ such as business climate, corruption, and quality of life. Some of these elements can be directly influenced by government policy, with effects visible in the short term – fiscal policies, immigration laws – others will only have measurable effects in the longer term, like changes in education policies.”

Europe dominates the field here, taking seven of the top 10, and 14 of the 20 places in the last Global Innovation Index. It is small and open nations, according to Lanvin, that can really make strides in such measures: “It took less than 50 years for Singapore to move from an outpost of the Malaysian peninsula to an admired champion in education, talent competitiveness and government efficiency. It took just a couple of decades for Finland to move from being largely a satellite of the Soviet Union to a leader in electronics, telecommunications and education. We should expect more surprises of the same kind as younger generations start to offer and pursue new modes of production and distribution, and make globalisation an engine of inclusive prosperity.”

Business schools in these small nations can certainly profit. It is, however, a two-way street; we should also look for the contributions business schools make. Lanvin concluded: “Education generally plays a key role in the performances that the global indices attempt to measure. Business schools play an increasingly important part in this phenomenon because they are generally closer than most other educational entities to what education will be in the future; they are demand-driven and generate ‘employable skills’, they focus on ‘global knowledge skills’ which will grow with the continued globalisation of human activities, and they provide multiple opportunities for lifelong learning, especially through executive education.”