CEOs reveal who they turn to for a second opinion 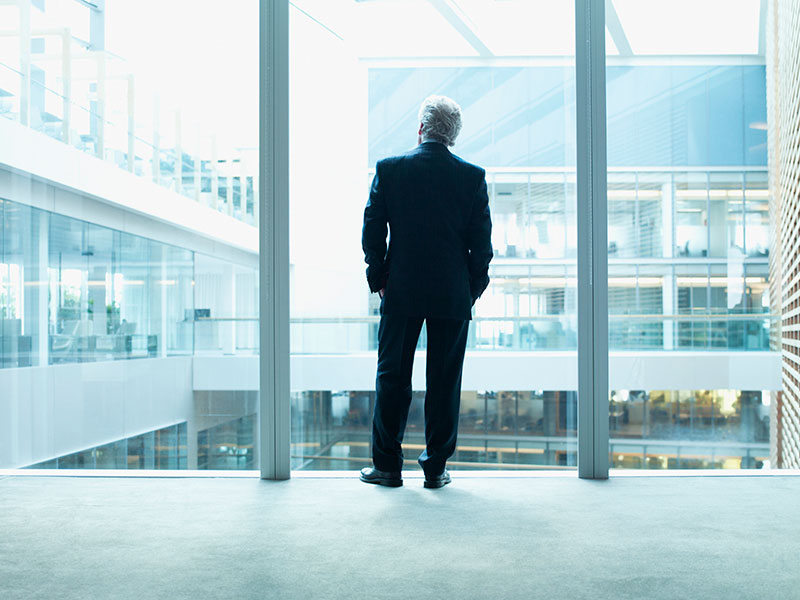 Personal interests exert a degree of gravity on much of the advice you’ll get from your top team. Perhaps someone will want to see the firm moving in a certain direction, because that’s what they’ve been expecting and investing in. Another person might perceive a proposed change in the organisation as a threat to their influence or livelihood.

There are lots of reasons why stakeholders’ advice can skew away from objectivity and the bigger picture – which means looking outside your organisation can sometimes be the best option for a second opinion on key business decisions.

Whatever situation you’re in, it’s rarely a bad idea to ask your family for advice.

Rob Williams, CEO of clothing manufacturers Hawthorn, says he sometimes turns to his parents for a “grounded perspective”, free from the business preconceptions he’d encounter at a board meeting.

Given the situation in Turkey, Williams and his team were debating moving some of their manufacturing to Pakistan. He says, “We were faced with a tough decision. On one hand there was the possibility of losses if the move went badly; on the other on one hand, there was the potential for improving our ability to produce more units and take on new customers.”

Williams says his mind was made up after a casual conversation with his parents. “I came away feeling sure that expanding was the right thing to do, regardless of how scary it was at the time,” he says.

“I appreciate that conversation greatly to this day, as the business is now thriving.”

We introduced this article by talking about how corporate stakeholders’ vested interests can skew the proposals they make – and this hypothesis undoubtedly extends to the boss.

Michael Scantlebury, founder of Impero, says he uses an external Chairman/mentor for advice that comes free of his own preconceptions about the business he built.

“The mentor we engaged brings an impartial view to business decisions which allows us to analyse them rationally without the historical emotions that surround them,” says Scantlebury.

“When you run a business, there is always an emotional, nostalgic connection to things that make it up e.g. history with your clients or suppliers, or even your services and brand ethos.

“Our mentor is able to help us focus on areas that need change. With an impartial, helicopter view of the business, he sees things we might not necessarily notice or think about. For example, this year he has helped us realise that we need to reposition the agency, as we have done, specifically aiming at returning tired brands to fame and glory.

“It was a smart decision that’s already paying off – but it took outside assistance to help us get to it.”

Sometimes getting a second opinion is more about gaining added insight than it is about hearing an objective view. Comparison site CEO Michael Foote says high-achieving business owners in his network are his “sounding board” for ideas and advice.

“Recently we were faced with making a pivotal decision regarding the direction of the company, with management split on which route to follow. I’d been juggling these thoughts for weeks and could not arrive at a solution,” says Foote.

“As I often do, I sought advice from a close friend who is a property company director. The act of running through my own thoughts combined with his fresh prospective allowed us to arrive at what I now confidently believe is the correct route for our business.”

App services company boss Stephen Kennedy looks close to home for an early indication as to whether his latest digital creations are going to be a hit.

“I like to road test new ideas on my 15-year-old daughter, Phoebe,” says Kennedy. “On the one hand, she’s not overly interested in the commercial ins and outs of an international technology company; but on the other hand, as a digital native she’s over-qualified in the use of technology.”

“Phoebe is able to tell me instantly if an app is a hit. If there are too many clicks it’s an automatic “no”, as her generation are simply not interested in waiting for service.”

“She will sometimes also comment that the look and feel of an app is too masculine. This is often the case, as the app design and technology industry is still predominantly male while we wait for the next generation of engineers and marketers to come through.

“Who knows, maybe Phoebe will be one of them.”

Hedgd CEO Oliver South says casting a “wide and diverse net” for advice is key to his company’s decision-making. “It is great to hear a variety of different opinions and then use this material to form a consensus within your own business,” he says.

“We also lean on accountants and lawyers for their experience in having seen other companies set up and progress. Their learnings are important for a startup like Hedgd,” says South.

Hedgd’s approach sums up the cumulative message of all the CEO’s quoted in this article: there’s plenty of good advice out there. If you’re a business leader in need of a second opinion, you have lots of options and no excuse for making decisions under-advised.