When faced with challenges, companies destined for success will always find the willpower and resources to compete 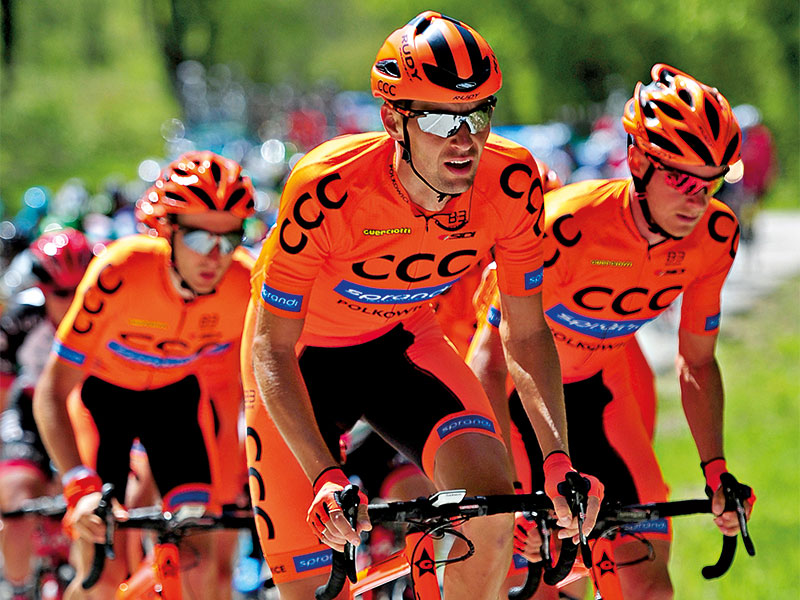 It all began in the early 90s, when the promising career of young professional cyclist Dariusz Miłek was derailed by a serious injury. Though his sporting career was abruptly stopped, the thrill of competition would continue to have a significant influence on the rest of Miłek’s life. The character traits forged in years of training and contests, such as iron self-discipline and the determination to fight for success, have shaped Miłek’s professional career to the present day. It didn’t take long for him to switch from sports to commerce – first at an open air bazaar, then through his own shop and wholesale service, and finally by way of building the biggest footwear store network in Central Europe, setting new standards for modern retail and becoming European CEO’s Best CEO in the Sustainable Apparel Industry for 2017.

At the end of the 90s, when Miłek was just starting to lay the foundations for today’s CCC Group, the Polish footwear market was already fairly well developed, with experienced domestic and international players dominating the industry. The young entrepreneur had more than enough rivals to race against, often cycling uphill. Fuelled by his energy and self-belief, the CCC network kept on growing. Market turbulence didn’t just fail to slow him down, but actually seemed to empower the young businessman, who soon became an undisputed leader in the footwear industry in Poland. When the time came for serious investment, CCC established the platform on which it rests today: a logistics centre and shoe factory in Polkowice, south-west Poland.

On trend
This rapid rise was the result of tapping into a nascent trend that has continued to this day – the growing popularity of natural leather footwear over synthetic materials. This trend is gaining momentum, and CCC’s Polkowice-based factory is now the biggest leather shoe factory in Europe. Another groundbreaking moment in the company’s history was the addition of a fully automatic mini-load logistics centre in 2011 – the biggest and most modern facility of its kind in Europe. It’s also worth mentioning that all these investments have been made with care for the natural environment at the forefront. For example, wherever it’s possible, CCC employees use daylight to maximum effect, and the company’s logistics operations are largely powered by green energy produced by photovoltaic cells placed on the buildings.

When not remodelling the footwear market, Miłek continues to invest in state-of-the-art shopping malls and in revitalising historical palaces in the region

Having conquered the Polish market, and armed with state-of-the-art production and logistics facilities and a proven business model, Miłek turned his attention to neighbouring countries. The next five years brought rapid international expansion – today you can buy CCC products from stores in 16 European countries, from Estonia in the north to Bulgaria in the south, and from Germany in the west to Russia in the east.

In a short space of time, CCC has become the regional footwear retail leader, leaving behind players that have been on the market for decades. Today, the network consists of almost 900 stores and sells over 40 million pairs of shoes a year. However, this doesn’t mean there are no challenges left; competition is in Miłek’s DNA, so the company will always push forward to reach greater heights.

Future retail
The next five years will bring significant changes to the nature of the retail market – potentially more changes than were seen in the whole of the last century. And the CCC Group has ambitions to be at the forefront of this revolution, to set its direction. With this in mind, last year the group added Eobuwie to the fold. Eobuwie is a local market leader in multi-brand footwear e-commerce, with an online network that has been growing as dynamically as CCC’s brick-and-mortar store network.

This was a shrewd move, as traditional stores can’t allow themselves to be left behind by the march of progress. Full omnichannel integration is required to meet market expectations and provide customers with the level of service they now demand.

When not remodelling the footwear market, Miłek continues to invest in state-of-the-art shopping malls and in revitalising historical palaces in the region. What’s more, he hasn’t forgotten about his roots; he’s one of the biggest sponsors of the Polish Cycling Federation, his CCC professional cycling team regularly competes with the world’s elite at the Giro d’Italia, and the CCC-sponsored women’s basketball team competes in the Euroleague competition.

None of this would have been possible without a strict adherence to the basic tenets that have characterised Miłek’s approach from the very beginning of his journey: fairness in his relations with others, and constant improvement efforts in every aspect of his activities. If you stop pushing forward, even when the hill is steep, the world will leave you behind in a heartbeat.