Dresscodes are more important for business than you might think

Workplace dress codes have been called sexist and outdated, with many suggesting they should be scrapped. However, they still serve an important function 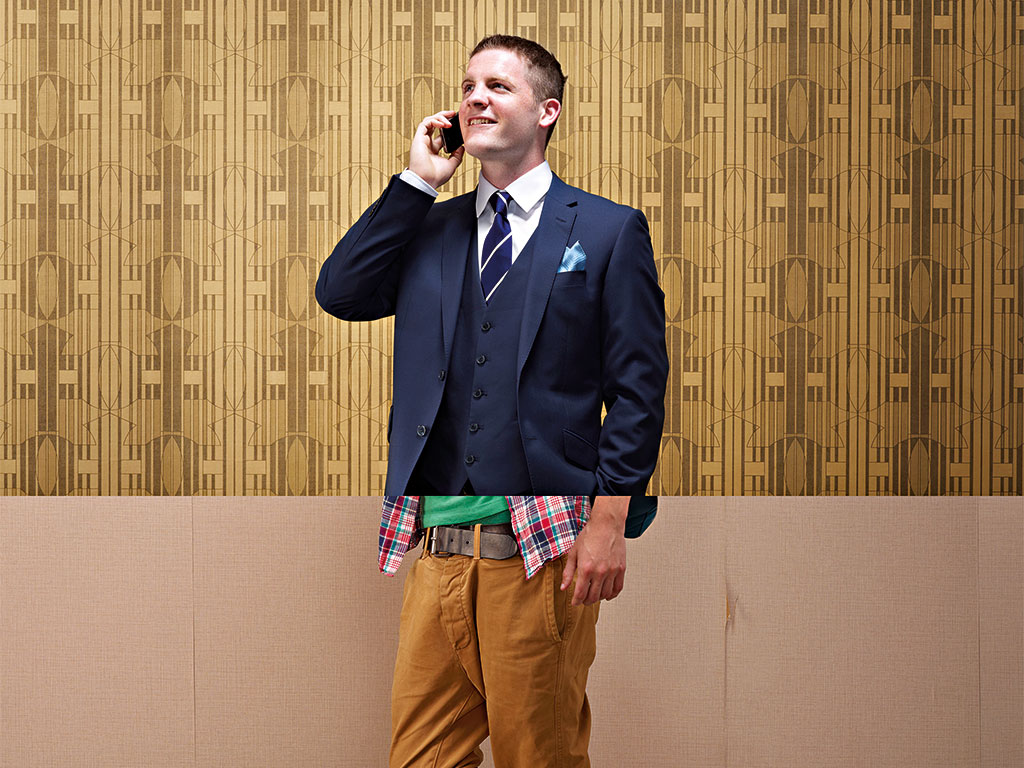 For years, uniform has been an accepted – if slightly burdensome – social norm. Whether its a camouflage jacket or white lab coat, clothing sends detailed messages about the wearer to others; it can group or distinguish people based on a huge range of factors, such as gender, profession and wealth.

Uniforms are everywhere, from school to the workplace. Employers can set a uniform or dress code for a number of reasons, including to communicate a corporate image or improve the health and safety of their workers. Whether a business wants its employees to stay safe, look smart, or be easily recognised, implementing a dress code allows them to stay in control.

For decades, dress codes have remained an uncontroversial, uncontested feature of society. But, in 2016, things have changed. More than ever before, people are expressing themselves through their appearance: tattoos, ostentatious outfits and unnaturally coloured hair are no longer a shock in the street. Many have found this new freedom hard to reconcile with the conservative atmosphere of most offices.

One of the biggest arguments against uniform is that it often divides men and women, even when they perform the same job function

Resistance comes from many directions. One of the biggest arguments against uniform is that it often divides men and women, even when they perform the same job function. LGBT campaigners and gender activists have argued that, all too often, businesses ignore the concept of ‘gender fluidity’ (the idea that individuals exist on a spectrum between masculinity and femininity) and box people into binary categories, without making room for androgyny.

Women, too, have become fed up with the impracticality of certain dress codes. Earlier this year, PwC receptionist Nicola Thorp made headlines after she was sent home for not complying with the rule set by Portico, PwC’s receptionist firm, that female staff should wear heels of between two and four inches.

Fashion victims
For a while, it was immaterial whether an employee liked a dress code or not, but now there are huge repercussions when businesses get it wrong. One of the most serious examples was in 2013, when a Christian British Airways employee sued the company after it stopped her wearing a visible gold cross. She and three other Christians with similar cases appealed to the European Court of Human Rights, which ruled that their rights had been compromised.

Such events not only cost companies money, but also damage their reputations – depending on the publicity they attract. When Thorp was ticked off by Portico for wearing flat shoes, she started her own petition entitled ‘Make it illegal for a company to require women to wear high heels at work’. This gained enormous attention in the press, and PwC was charged with allegations of sexism. The firm has had to do much to mitigate the damage, with its Australian office completely scrubbing rules on clothing. The PwC saga delivered an important message to other offices: get the dress code right, or feel the public wrath.

Getting it ‘right’, however, is no mean feat and there has been significant debate over how much employers should control their staff’s clothing. Advice on the subject is broad and ambiguous. For example, ACAS – a UK advisory initiative for employers and employees – suggested: “Dress codes must apply to both men and women equally, although they may have different requirements.” What two employers consider a reasonable requirement could differ completely.

Businesses need to lay out their dress codes with better foresight than ever before, and with greater consideration for what concerns workers could have. ACAS cautioned organisations to create justifications for dress codes, advising: “It is good practice when drafting or updating a dress code for an employer to consider the reasoning behind it.” In roles where dress codes have no practical or aesthetic relevance, enforcing one could  invite criticism.

At the very least, employers should avoid dress code items that may be painful for their employees; this includes high heels, which can cause a number of health problems, including ankle sprains, back pain and arthritis. Any clothing that could feel uncomfortable to an employee could lower productivity in the long run, and any clothing that could cause a worker physical harm could end in a lawsuit. It is in an employer’s best interests to eradicate such items.

A suitable balance
In an age when people are more sensitive than ever to gender issues, employers must be careful not to create arbitrary rules about what men and women wear, and to keep dress codes between them as similar as possible. They could also make rules more general, rather than specific, to avoid accusations of discrimination. For instance, they could tell employees to “look as smart as possible”, rather than advocating things like make-up, which can be seen as sexist and oppressive to women.

On the flipside, employees must learn to respect that businesses have the right to set dress codes. And so long as they are practical and not demeaning to workers, a uniform is perfectly within reason. Ultimately, a dress code is an extension of a brand’s values; when a worker goes to work for a company, they buy into what it stands for (including the uniform). The option to leave, or not work for a company, is the way to say no to a dress code.

So long as they are practical and not demeaning to workers, a uniform is perfectly within reason

Many forget that companies install a dress code for a very good reason; clothing can help businesses prosper. Uniforms can have a dramatic impact on how our colleagues and customers view us. They project an image of a workplace; conforming to aesthetic standards is a way of showing you care about a company and its clients. Closely following a dress code may even help employees climb the ranks. The saying ‘dress for the job you want’ exists for a reason; what we wear can greatly promote our influence.

One of the most notorious examples of this was the 1973 Stanford prison experiment. During its course, psychologist Philip Zimbardo put a group of people into a fake prison, dividing them into the roles of guards and prisoners – and assigning them a uniform accordingly. He found people absorbed their roles far quicker when they were dressed for the part. Prisoners became depressed, obedient and anxious: guards were authoritative and even psychologically tortured the prisoners. The experiment had to be ended prematurely because of the escalating levels of abuse.

While this study was dramatic, it – along with many others – demonstrates what our intuition tell us; that the type of uniform we wear can make a huge difference to how people perceive us and how we perceive ourselves. In the workplace, dress codes can greatly enhance or undermine someone’s authority. As Mark Twain once said: “Clothes make the man. Naked people have little or no influence on society.”

Clearly what’s needed in all workplaces is a compromise between workers and employers, so that businesses can continue to express through a dress code without compromising their employees’ rights or general comfort. This mostly requires a common-sense approach, empathising with the mindset of 21st-century workers. With justification behind a dress code, businesses can protect themselves and promote the image they want. They must remember fundamentally to take pride in the choice to promote a dress code; it is much more than a superficial requirement, it’s a strategy towards reaching business goals.