The increasing popularity of beards has led to a boom in facial grooming products for men. Much like beards themselves, this trend seems set to keep on growing 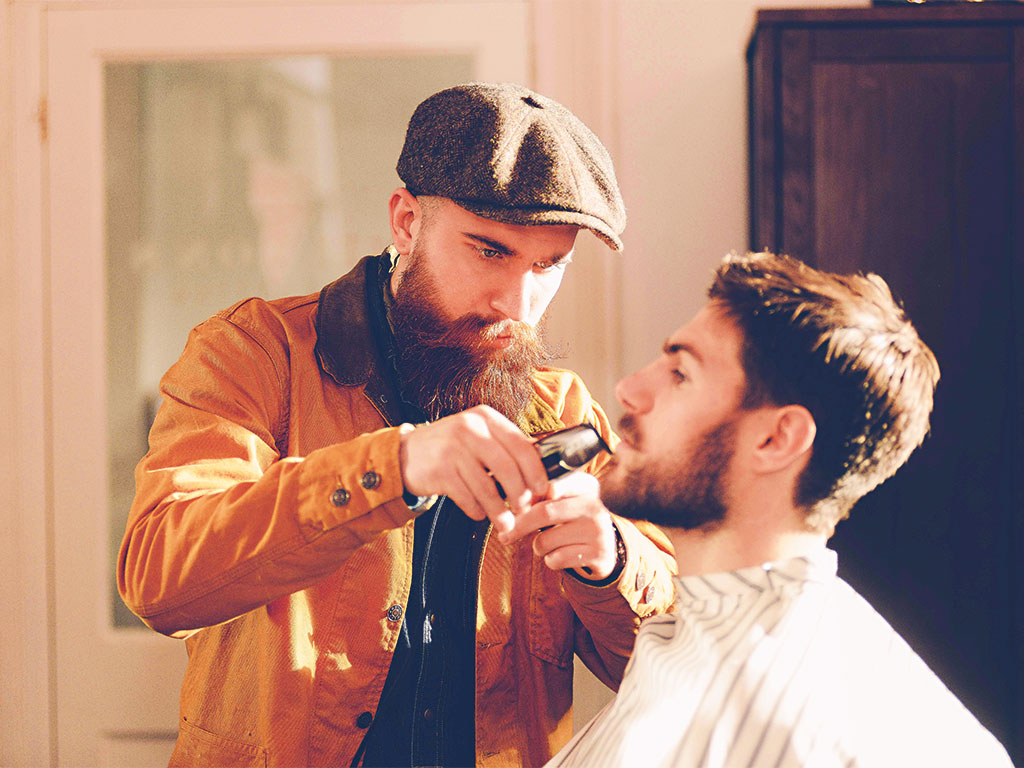 The past few years have seen an explosion in the popularity of beards. No longer the preserve of geography teachers, beards have become a serious fashion statement. As with all trends, this has resulted in a growing business to support it; from specialist beard trimmers to grooming products, the business of beards has been booming. However, increasingly, there is talk of the beard craze reaching its climax. We have, some insist, reached ‘peak beard’. And this would potentially mean that all the businesses built up around the maintenance and grooming of beards were set to see their profits and customer bases trimmed down.

History repeating
The popularity of beards has ebbed and flowed throughout history. In the 18th century, “men were almost entirely clean-shaven”, wrote Alun Withey, a medical historian at the University of Exeter, in the The Telegraph. “The face of the enlightened gentleman was smooth, his face youthful and his countenance clear, suggesting a mind that was also open.” In this era, the beard had rebellious connotations; outcasts, rebels and radicals opted for facial hair.

This all changed in the 19th century. Beards became a new symbol of masculinity, as well as a supposed guarantor of good health. From legendary politicians to towering literary figures, the beard was seen as a symbol of strength and vigour. At the same time, according to Withey, “medical reasons for beard wearing were even put forward”. Britain’s Victorian era was “a period obsessed with eradicating germs”, and “some doctors argued that beards filtered out germs before they could get into the nose or throat”.

From evolutionary psychology to circular theories about how beards are part of a cultural trend to casualisation, most explanations have been lacking

Business Insider quoted the historian Christopher Oldstone-Moore as saying: “The Victorian obsession with air quality saw the beard promoted as a sort of filter. A thick beard, it was reasoned, would capture the impurities before they could get inside the body. Others saw it as a means of relaxing the throat, especially for those whose work involved public speaking. Some doctors were even recommending that men grew beards to avoid sore throats.”

After a period of bare-faced austerity, beards saw another revival in the 1960s, gaining an association with political radicalism and counterculture.

The 2010s saw the beard revived once again. Beards became not only ‘cool’, but also wildly popular. As the magazine Mankind noted: “Beards are currently being seen on everyone from A-listers Jake Gyllenhaal and Ryan Gosling, to the guy serving you drinks on a Friday night. [It seems] that the entire male population is ditching the fresh-faced look and growing a beard.”

Bristling business
Whatever is behind the trend, a whole raft of beard-support businesses have sprung up alongside it. CNBC reported products associated with beard grooming have seen large profit growth: “In a 2015 research report, Euromonitor said men’s toiletries – which include new products such as beard balms, oils, shampoos and conditioners – grew by four percent to $3.4bn.”

Freddy Furber, founder of men’s grooming brand Percy Nobleman, underlined this growth boom in an interview with the Financial Times. “Our customers are spending on average 20 percent more, year on year”, he said. “Many men are ditching the razor, and using beard trimmers instead. The growth in men’s grooming products has come hand-in-hand with a steady eight percent decline in the number of men shaving over the past five years.”

This growth is expected to continue, while the market becomes more specialised. Also speaking to the Financial Times, Dom Bridges, of beard grooming producer Haeckels, said the industry is predicted to be worth “£1bn annually by 2018, and products are becoming more sophisticated – developed specifically for male skin types, rather than just having supposedly ‘male’ aromas added to an existing product”.

Yet, while this boom in beards has translated into market and profit growth for brands catering to the unshaven, firms that sell products to the clean-shaven customer have struggled. Products associated with shaving, CNBC noted, “grew at half [the] rate, to $2.9bn… some analysts have attributed stagnating razor blade sales to the rise of beards”.

Moisturising products for men have also seen a fall in sales, which may be a result of the beard boom. While men with beards may moisturise, for many it is more likely to take place after a shave – and if men aren’t shaving, they’re buying fewer moisturiser products. Speaking to The Sun in 2015, Charlotte Libby, a market analyst, noted that “the male facial skincare market was considered buoyant in 2013, following a host of product innovations and men moving towards a more elaborate grooming routine”. However, she added, “two years on, the market shows signs of stalling”. She attributed this partially to “the fashion for beards”.

Peak beard
In spite of this strong growth, there have been claims of ‘peak beard’ being reached since 2013. In that year, the men’s fashion section of The Guardian claimed that, while for “the past few years stylish men have let their bristles grow”, the time “of fashionable facial hair may be coming to an end”. One year later, and the story was the same. A 2014 article in The Independent cited a study by researchers claiming the beard craze was on the verge of being clipped: “After years in the cultural ascendancy, covering all manner of faces from Hollywood to hipster-ville, it seems that the beard’s day in the sun might finally be over.” Yet, in 2016, beards are still growing thick and strong, and, as the data above suggests, the businesses that support them are equally thick and lush (in financial terms).

Fashion trends, just like empires, inevitably fall at some point

Whether or not we have reached peak beard, then, is debatable. Either way, it cannot be escaped that fashion trends, just like empires, inevitably fall at some point. The prospects for the beard grooming industry, however, still seem bright. Whereas the type of beard that has grown in popularity over the past few years may be on the way out, the clean look still seems far from taking over. New beard styles, it would seem, are growing in popularity. For instance, in 2016, the so-called ‘dentist beard’, as sported by George Clooney and Boris Becker, is tipped to grow in popularity.

Rather than the current, or at least most recent, bushy beard trend, many men are now apparently opting for the goatee and moustache look. “I’ve noticed more men taking their beards shorter and sharper”, Sam Hickey, a barber at Hackett in London told The Guardian in April. “It leaves a fuller front, which could entail a swing towards seeing more goatees in the not too distant future.” If it does catch on, those opting for the dentist beard are still going to need even more grooming products than before. The beard business, it seems, is set to continue growing.