EasyJet flies into the FTSE 100

The orange-branded budget airline easyJet has flown into the FTSE 100 today, 13 years after it was floated on the stock market 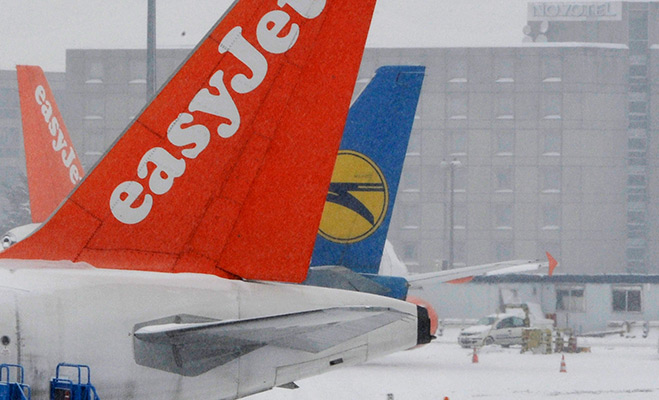 The company has made a grand entrance, soaring in as the 82nd largest company on the FTSE 100, overtaking the fellow commercial airline in the list, Tui Travel, which was added at the last reshuffle. EasyJet now has a share price of £10.47 with a market capitalisation of £4bn, not much less than British Airways’ parent firm, International Airlines Group at £4.4bn.

EasyJet came from humble beginnings in 1995 when, now knighted, Sir Stelios Haji-Ioannou launched the company at Luton airport with two hired planes and the mantra: “Making flying as affordable as a pair of jeans – £29 one way.” The company is now the operator of 217 planes, flying 55 million passengers last year on 600 routes across 30 countries. He remains its largest single shareholder.

Paul Moore, EasyJet director of communications, told the Guardian that while the airline had never targeted a FTSE 100 place, it would be pleased to join the list. “The share price reflects our successful strategy. We want to become Europe’s preferred short-haul airline,” he said. “But it’s not about size – it’s about being the passenger’s choice.”

EasyJet plc has also expanded to other travel-related business ventures. These include easyCar, which offers global low-cost car rental, easyBus, which offers low-cost transportation between airports and city centres, and easyHotel which provides low-cost accommodation in city centres.

Much of easyJet’s success is thanks to its CEO of three years, Carolyn McCall, who in the past 12 months has nearly doubled its share price. This was achieved by improving customer service, which was tarnished by staff shortages and operational delays in 2010 and targeting more lucrative business passengers by moving to allocated seating, as well as expanding flight paths to Moscow and Amman.

There has been some turbulence on easyJet’s path to success though, with many feuds taking place between Sir Stelios and chairman Sir Mike Rake. Sir Mike has announced he will step down as chairman of easyJet this summer after surviving a third attempt in a year from Sir Stelios to expel him from the role.

“It is particularly important in any FTSE 100 company that the company and all of its shareholders understand that it is a FTSE 100 company and that requires even further emphasis on appropriate, constructive dialogue between shareholder and company, in the interest of London’s reputation and of the company’s reputation,” Sir Mike told the Telegraph. “That sort of constructive dialogue should, of course, in the first case be in private.”

Sir Stelios believed that Sir Mike was not focusing enough attention on easyJet, already dividing his time between his posts as chairman of BT and deputy chairman of Barclays plc. There may be further disagreements between the two men before Sir Mike’s exit later this year. Sir Stelios expressed concerns this week over the airline’s plans to place a significant new order of more fuel-efficient aircraft, which he claims will be to the detriment of shareholders.