For 126 years ABC Medical Centre has formulated the perfect combination of innovation, education and experience. It is now among the best healthcare providers in the world 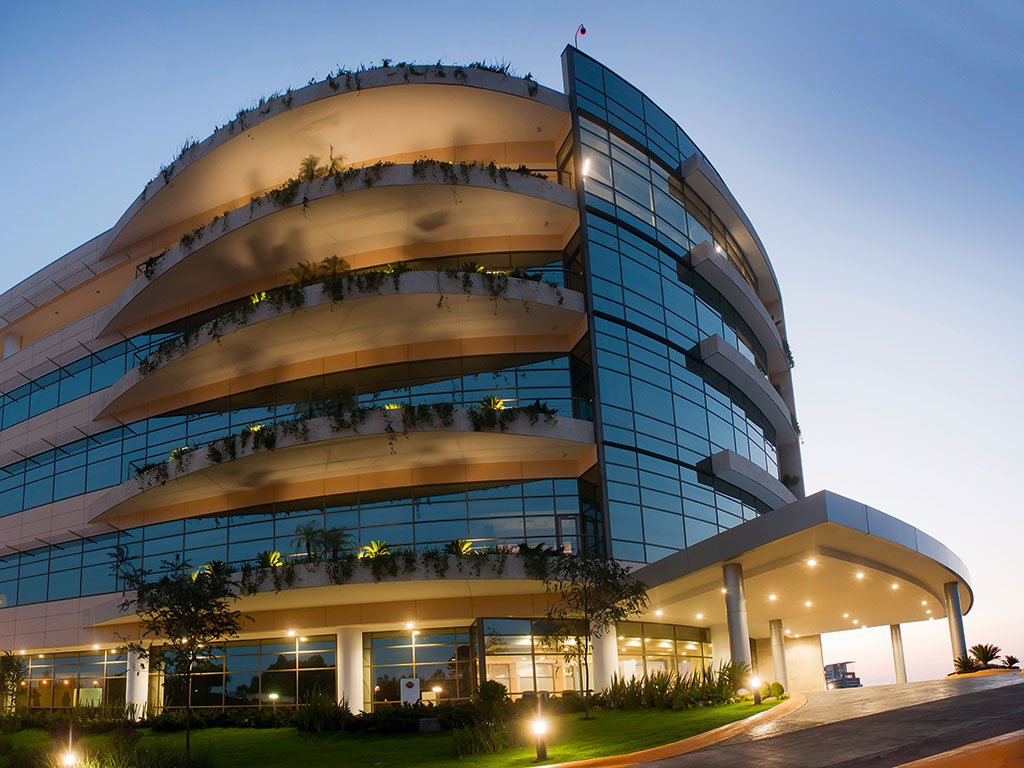 The Centre of Neurology, Orthopedics and Rehabilitation
Management

ABC Medical Centre is celebrating the 126th anniversary of its establishment as a health centre, whose purpose is to offer excellent medical services to the community.

The institution’s history is a successful chain of events that have positioned it as a leader in private medical care in Mexico. ABC’s leadership is not only based on time, but rather, it is based on the events that have forged a legacy of strength, quality and experience.

The ambassador of the US and the American Benevolent Society laid the first stone of the American Hospital, opening its doors on December 12, in order to provide medical care to North Americans in Mexico.

Lady Cowdray, wife of Lord Cowdray (the English entrepreneur pivotal in the building of Mexico’s infrastructure in the late 1800’s), founded The Lady Cowdray District Nurses Association – a medical care facility for treating the Mexican and foreign population.

Lord and Lady Cowdray donated one million gold pesos to acquire the land used to build the Cowdray Sanatorium.

The Cowdray Sanatorium was inaugurated. It became known locally as the English Hospital due to its British roots and staff.

The Ladies Volunteer Group was founded as a response to the polio epidemic in Mexico. Until this date the Pink Ladies was considered the most professional group of volunteers in the country.

The Adele Ann Yglesias School of Physical Medicine and Rehabilitation and ABC School of Nursing opened their doors in order to provide highly trained personnel in these areas.

The Brimex ABC charity clinic facilities were inaugurated to serve as the hub of operations for medical care and services for lower-income patients. The name Brimex comes of the joint effort of the British and Mexican communities in Mexico after the catastrophic earthquake of 1985 in Mexico City.

The Santa Fe Campus facilities were inaugurated, making it the leading private hospital in the country.

Activities commenced at ABC Amistad Clinic, which was established to create healthy environments within the community. This project has the objective to prevent diseases though early detection programmes. On November 6, the affiliation agreement was signed with the Methodist International in Houston, Texas. This affiliation fosters the standardisation of the most efficient processes for patient safety and satisfaction, standardising quality of care at the international level.

ABC Cancer Centre was inaugurated: the only private cancer centre in the area, it became the most important community health project undertaken in Mexico City.

The Centre for Neurology, Orthopedics and Rehabilitation opened its doors, offering comprehensive and multidisciplinary medical care, with a strong affiliation with the Kessler Institute of Rehabilitation in the USA, the ABC offers the newest in neurological rehabilitation techniques.

The new Observatorio Hospitalisation Tower was inaugurated. The first generation of students at the TEC-ABC School of Medicine enter in August this year, to begin this joint venture in medical training.

The centre continues to be committed to its founding mission, which is to serve as an institution of corporate governance with a regulatory body or board of trustees, as well as to use and reinvest its profits through charitable, educational and research projects. The board of trustees ensures that the institution remains on solid financial footing and is looking toward the future at all times.

Innovation and experience
With 126 years of experience, ABC is by no means an out-of-touch, ageing institution; rather it is an organisation with a formula that seeks constant innovation and is responsive to changes in modern times. For example, it has forged affiliations with the best hospitals in the US, such as the Methodist Hospital System in Houston, Texas, and the Kessler Institute of Rehabilitation in New Jersey, which provides ABC Medical Centre with the opportunity to exchange knowledge and best practices in order to offer its patients the best care available.

As the reflection in the ABC’s efforts to improve quality, the Institution won the 2011 National Quality Award, the 2011 Ibero-American Quality Award, reaccreditation through the Joint Commission International and recertification through the General Health Council. Most recently the centre has been named Best Healthcare Provider, North America – 2013 by The New Economy magazine. These distinguished recognitions have not been granted to any other healthcare institution in Mexico, situating ABC as the best-equipped institution for offering high-quality and safe services to its patients.

In terms of teaching, it has more than 50 years of academic experience through its partnership with the Universidad Nacional Autónoma de México, training health professionals through its student intern rotation, 15 medical specialties and nine high specialty post-graduate courses.

In search of excellence
Likewise, the institution has formed a partnership with the Tecnológico de Monterrey to create the TEC-ABC School of Medicine, which will offer the Medical Sciences degree at the Santa Fe Campus. The School of Medicine will receive its first generation of students in September 2013. This project will create a long-term association between the two prestigious institutions in a quest for constant innovation, excellence in its processes and continual growth by actively participating in training the country’s health professionals.

In its continuing search for excellence, the institution has implemented the Just Culture model – a concept based on creating an ethical framework that fosters patient safety and obtains the best results in their care. Just Culture may only be achieved if health institutions function as humans, and are fallible. In applying this model ABC seeks to transform its culture so that errors are not personalised, but processes may be analysed and systemic failures may be corrected. Thus it is a reliable organisation that fosters incident reporting, strengthens leadership, forges teamwork between different areas and implements best practices through education, training and staff trust.

In order to provide better services for its patients, in May 2013 ABC Medical Centre inaugurated its new Observatorio Hospitalisation Tower, to relocate current inpatient services and allow ABC to offer more efficient patient care within a comfortable, safe, innovative environment. The building was designed with green technology to promote care for both the patients and the environment.