Most organisational leaders agree that achieving success requires the active and willing participation of people throughout the organisation, says Susan Meisinger 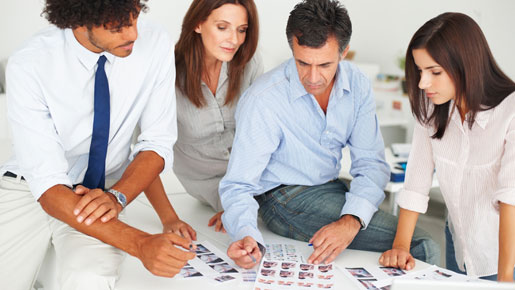 Finding and keeping the right people – with the right skills and in the right places around the world – presents unique challenges for organisations. Engaging those people to voluntarily deliver maximum effort in key strategic areas adds another dimension to the challenge. But you can’t just order people to come up with new ideas or to be more cost-conscious or more productive. They need to care about the organisation and be personally committed to its success. However, at a time when organisations are relying more than ever on their workforces, a new global survey finds that only one in seven employees worldwide are fully engaged with theirwork.

The Global Workforce Study, by consultants Towers Perrin, found that while many people are eager to contribute more at
work, the actions of their managers and culture of their organisations may be discouraging them from doing so. It shows that there is a vast, and largely untapped, reserve of employee performance potential. The situation has organisations worldwide seeking to answer the question: How do we engage our workers and tap into this reserve?

Among the more interesting findings of the Towers Perrin study are some results that challenge a few commonly
accepted workplace assumptions. For example, conventional wisdom says that some people are naturally self-motivated, and others aren’t – that’s just the way it is and there’s nothing to be done about it. The study’s findings indicate that this notion is false; that people’s engagement with their work is directly affected by what they experience within their organisations. In other words, a change in the work environment can turn a previously engaged individual into a frustrated, disengaged employee, and vice versa.

Another widely held belief is that employees’ attitudes towards their work is primarily determined by their close working environment; i.e., their relationships with their immediate supervisors and their coworkers. Again, the study suggests that this is not the case. The findings reveal that senior management’s attitude toward employees and an organisation’s culture have a greater impact on engagement than local, or day-to-day, factors. In fact, the study found that the top single driver of employee engagement is “senior management’s sincere interest in employee well-being.”

According to the study, however, the majority of employees say that “senior management treats us as just another part of the organisation to be managed,” or “as if we don’t matter.”

To be sure, employees don’t expect senior managers to abandon their own strategic business roles and become their best friends. But a few simple, tried-and-true activities by senior management could significantly increase levels of employee engagement.

Involving employees in the decisions that affect an organisation and their jobs can keep them engaged and eager to contribute to the overall success of the enterprise.

Senior managers who are visible and accessible, who routinely leave their offices, walk through the organisation’s departments, and talk with employees in their daily work environments, can significantly boost morale and engagement levels.

(This is also a good way to find out what’s “really going on” in the organisation.)

And senior management should always be open to – show support for – new ideas, especially when they come from employees. (After all, they’re the ones who have the most detailed knowledge about specific projects.) The best ideas should be backed with investment, and the originators recognised and rewarded – no matter where they may be in the organisation.

The way senior management interacts with its workforce can produce valuable increases in employee engagement levels. “Fully engaged” workers go beyond what is expected and bring the full range of their abilities and creative potential to the enterprise. They are the ones who exert a disproportionate influence on organisational performance – and the ones whose efforts show up on the bottom line.