According to Areti Charidemou, an experienced Cypriot business lawyer, there has never been a time like the present to invest in Cyprus; especially now that it has adopted the euro 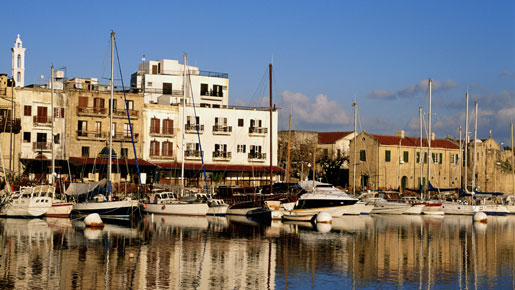 Savvy investors have known for years that Cyprus’ benign tax climate – the corporate tax rate is still just 10 percent – has long made it a congenial place for international investors. And since Cyprus kicked away its last vestige of colonialism, abolishing the Cypriot pound in favour of the euro at the beginning of 2008, many reckon Cyprus could see an even greater surge in international investment in the next few years.

The business case is certainly compelling says Cypriot legal expert Areti Charidemou, who’s established Limassol legal practice has finessed many business deals on behalf of overseas investors in recent years, ranging from SMEs to large multinationals. So, just how easy is it now to set up company incorporation inside Cyprus’ newly-adopted Euro-zone economy?

“Immediate delivery can be possible since shelf companies are available by most professionals,” says Charidemou. “The shelf company can start operations immediately upon preparation of the relevant resolutions of the change of owners and directors. A new company can easily be registered by filing with the Registrar of Companies Articles and Memorandum of the company and details of directors and shareholders. The procedure to register a new company is first to apply for a name approval to the Registrar of Companies, which normally takes 3-4 business days to receive a reply.” Articles and memorandum of a company are meanwhile drafted and – after receiving name approval – are then signed. The process is, in fact, surprisingly straightforward. And company registration takes approximately 21 more business days from the date all documents are deposited with the Registrar.

Cypriot holding companies ramp up their tax-efficient appeal
Traditionally, many holding companies have found a home in Cyprus and this trend is likely to accelerate, thinks Charidemou, especially since dividends aren’t subject to taxation – an exemption on taxable profits from any disposal of shares is hard to ignore. Another tax-efficient route for investors could also be the creation of a Cyprus Royalty Routing company where, says Charidemou, intellectual property rights can be owned or assigned to a Cyprus company. “These rights may be then licensed or franchised to a company abroad. The foreign company will pay royalties and deduct these expense from it own profits – where tax may be significantly higher than in Cyprus – whereas the Cyprus company will only be taxed at 10 percent on these royalties after any expenses.” Alternatively, the Cypriot company may pay royalty fees to an offshore company without any withholding tax for rights used outside Cyprus.

Or choose another tax-efficient route
An International Collective Investment Scheme (CIS) is another option for overseas investors. This is basically a Cyprus-based company which can act as an effective investment fund says Areti Charidemou. Such types of companies are regulated by the Central Bank of Cyprus after a change in the law was passed in 1999. “The purpose of a CIS is the collective investment of their unit-holders’ funds. This type of investment can prove very beneficial for unit holders, since the profits of the company from trading in securities will be tax-free. These companies can also benefit form the wide network of tax treaties, so minimising the overall tax burden for their unit-holders.”

Charidemou points out that a Cyprus International Trust is another option. This is a vehicle used by foreign investors who want to minimise tax on income arising abroad but don’t wish to remit the income to their home country. “A trust can also be used for confidentiality purposes, where a trust can hold the shares of a company. In this case, dividends can be accumulated by the trust without any tax. Other uses of a trust can be for inheritance purposes and asset protection purposes.”

Prudent planning pays off
So, given the multiplicity of routes on offer, how should a Cypriot-based company best be structured? Ms Charidemou says businesses based abroad can be managed either by establishing overseas branches (of which the profits are not taxable in Cyprus) or by hiring other sub-contractors abroad. A director of the company can also manage business abroad she says. “But care should be taken so that the overall management and control of the company should be from within Cyprus if the company is to be considered a Cyprus tax resident for tax purposes. Very often, powers of attorney are given by directors of a company to senior management located abroad, who act on behalf of the company abroad managing the overseas business.”

Directors also should take care. Ms Charidemou advises that a company should generally have at least one director who could be the sole shareholder and secretary. “However for practical reasons, a Cypriot professional acts as the company’s secretary so as to effectively manage a company’s affairs. So the company should also be able at any point to prove that the actual management and control is exercised from within Cyprus so as to be considered as a Cyprus tax-resident – and so enjoy all benefits of the Cyprus tax law and use the double tax treaties available.”

Another issue is that a company can prove it is managed and controlled from Cyprus where a board resides and meets. “It is a necessity to have at least two thirds of the board as Cypriot residents,” advises Ms Charidemou.

Taking action
Investors wishing to establish a Cyprus company should contact their professional advisor. After due diligence procedures, investors will usually be given two or three alternative names for their company. The names will be immediately sent to the Registrar for examination and approval – which might take three to four business days. “During this time your lawyer,” says Charidemou, “will draft the Articles and Memorandum of the company, prepare all relevant documentation which will be filed with the registrar and upon approval of the name(s) and all documentation will be signed by the subscribers.”

Do make sure adds Charidemou that Articles and Memorandum are filed in Greek. “In case the client requires a certified copy in any other language, this should be translated by a professional and sworn at a district court as to the true and exact translation.”

Did you know?
Since November 2007 Cyprus adopted MiFID and is complying fully with EU regulations regarding Capital Markets. Cyprus Investment Firms (CIF’s) can freely passport their activities throughout Europe. CIF’s will be taxed in Cyprus at their worldwide income at only 10 percent

Cyprus does not have Controlled Foreign Company legislation. As a result, no income is imputed to a Cypriot parent even if the income arises in a tax haven or out of passive activities

Directive on Mutual Assistance and Cooperation