Testing times: why personality assessments are being questioned

Personality tests have become a staple in the corporate hiring process. Do these tests provide helpful indicators, asks Courtney Goldsmith, or should businesses base tough decisions on more scientifically proven measures? 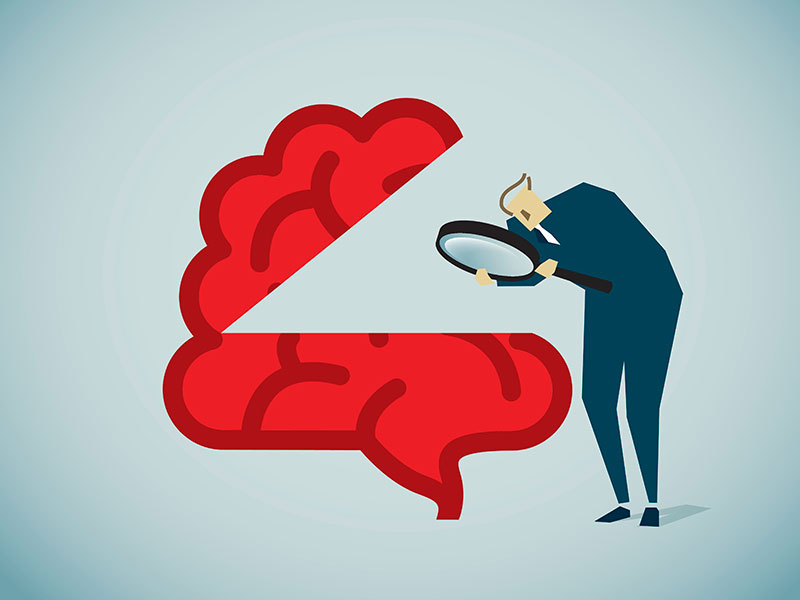 On a scale of one to five, with one being ‘strongly disagree’ and five being ‘strongly agree’, how much do you trust the results of a personality test? Regardless of your answer, if you want a job at a Fortune 100 company, your career could depend on how you score on one.

Businesses use personality tests to assess where a prospective employee’s strengths and weaknesses lie, and to determine whether they would be a good cultural fit within the company. The tests are embedded in business culture, especially at top companies. In fact, the most popular personality inventory in the world, the Myers-Briggs Type Indicator (MBTI), has been used at approximately 80 percent of Fortune 500 companies and 89 percent of Fortune 100 companies.

Although estimates of how extensively personality tests are used in recruitment vary tremendously – from as low as 25 percent to as high as 75 percent – Nigel Guenole, a senior lecturer and director of research at Goldsmiths, University of London, said it is safe to say personality testing is widespread. However, as the scientific validity of certain personality tests is called into question, their use in business has become controversial.

What’s your type?
The MBTI, which was created by Katharine Cook Briggs and her daughter Isabel Briggs Myers, and is based on the theories of psychoanalyst Carl Jung, categorises participants as one of 16 personality types. Many well-known companies, from McKinsey & Company to the CIA, have used it in their hiring process.

As of 2013, it reportedly generated around $20m (€17.5m) per year in revenue. In 2012, CPP, which holds the publishing rights of the MBTI, told The Washington Post that about 200 federal agencies have paid for the MBTI as part of their training programmes, including the military.

Companies can weaponise the results of personality tests, in terms of choosing who gets a promotion or who gets to work with a big client, which can lead to a toxic work environment

Following the MBTI’s success, thousands of companies have sprung up to provide similar personality-testing solutions to companies, including Criteria, Wonderlic and HumanMetrics. The industry has an estimated worth of anywhere between $500m (€438m) and $4bn (€3.5bn).

Guenole told European CEO there is a good reason the use of personality tests is so prevalent in corporate human resources teams: “Personality scores predict what you’ll achieve at work and the type of work colleague you’ll be.”

Recruiters say personality tests like the MBTI can be advantageous for businesses as they can help determine successful team dynamics, though they work best when used in conjunction with traditional interviews and screening. By highlighting individuals who possess the necessary skills and abilities for hiring, promotion, team building or training, personality tests can help reduce costs for businesses.

According to Guenole, companies are now working to make personality tests easier and more enjoyable for candidates. This can include giving scores for the way applicants play specially designed games, or building a personality profile based on their social media activity. However, he added that these methods are not as useful as more traditional tests: “It’s very important to say that there is little to no evidence suggesting that these new methods assess personality as well as standardised questionnaires can. Questionnaires remain the gold standard for serious personality measurement.

“Nonetheless, the demand for a more enjoyable candidate experience is clear. Firms want you to recommend their firm to friends and keep buying their products, even if they choose not to employ you. An enjoyable assessment experience can help with that.”

Fake it till you make it
Even the personality tests that are considered the most trusted are being called into question. In particular, the MBTI has been labelled scientifically dubious, and experts say the ‘either/or’ approach it uses is problematic. A paper on the relationship between MBTI types and managerial effectiveness published in the Journal of Management determined that “few consistent relationships between [personality] type and managerial effectiveness have been found”.

Annie Murphy Paul, a science journalist and author of The Cult of Personality Testing, has argued for years that personality tests are not reliable or valid and should not be used in workplace hiring or promotions. “Personality testing is an industry the way astrology or dream analysis is an industry: slippery, often underground, hard to monitor or measure,” she wrote in a 2016 essay for NPR.

Critics argue that companies can weaponise the results of personality tests, in terms of choosing who gets a promotion or who gets to work with a big client, which can lead to a toxic work environment. What’s more, applicants who are worried that choosing the wrong answers on a test will lose them a job or promotion could end up faking their answers in order to game the test.

A 2018 study into the issue of faking answers on personality tests called Faking Good and Personality Assessments of Job Applicants concluded that faking is a “real problem when it comes to the applied context of high-stakes employee selection”. Guenole said: “It’s natural to expect people to fake when there are career opportunities on the line. Most people manage the impression they make on others in daily life, and an inability to do that in a selection situation is a bad sign, so we should expect faking.”

However, Guenole was unwavering in his view that personality tests still show useful workplace relationships, even when it is expected that a candidate might have faked their responses. “[Psychometric] test developers have also developed effective methods of preventing extreme faking, such as using warnings, flagging people who present themselves as overly virtuous for further investigation, and statistically correcting for the effect of faking,” he said.

A balanced approach
Unfortunately, according to Guenole, it is very easy to build a bad personality test that has the sheen of legitimacy. A test is not good just because it is popular or has been used in the industry for a long time.

One marker of a high-quality test is if articles about it have been published in scientific journals. This process is not easy and can take many years, proving that significant research and development has gone into the making of the test. “[Legitimacy] is important to the talent acquisition professionals I talk to,” Guenole said. “They want to be able to confidently stand behind the tests they use because they know that test scores can have a serious influence on people’s lives.”

But whether any personality test should be used in the hiring process remains to be seen. Research conducted by Cornell University’s Centre for Advanced Human Resource Studies in 2010 concluded that organisations should be cautious, as failing candidates tended to change their personality scores “drastically” between tests. The research findings noted: “Companies should review their retesting policies carefully and gather data to understand the extent to which candidates repeat the process and to clarify whether those who eventually get hired are truly a good fit for the job.”

Personality tests are a useful tool in business environments because they give a quantifiable indication of how a candidate will behave in the job, and how likely they are to be effective in different roles, ranging from sales to leadership. “If you consider the personality of every person in your organisation carefully, on aggregate, you will have higher organisational capability and, in turn, better business unit performance,” Guenole said.

While this is possible, it will only be true if the personality tests used are well designed, the people interpreting the test scores are highly skilled, and the companies that use them do not base their decisions on test scores alone.