Why work-life balance is vital to employee recruitment and retention

It’s well known that attracting highly skilled workers is a key challenge to businesses around the world. In an increasingly competitive climate, however, retaining talent is just as important to a company’s success 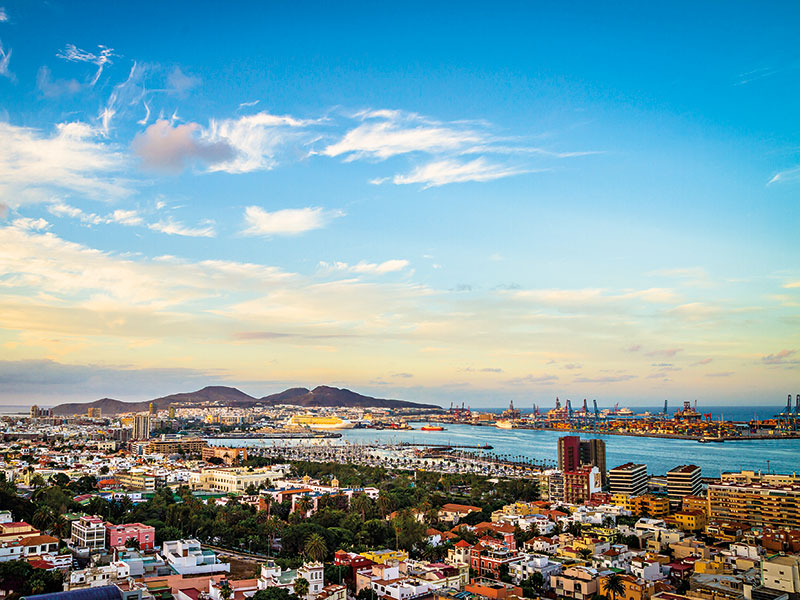 Destinations like Tel Aviv and the Canary Islands (pictured), which are often rated among the best by expats and digital nomads, are becoming more and more concentrated with talent
Management

There is no doubt that talent has become the primary asset of any company or organisation hoping to offer something different. Nowadays, boards – and even shareholders – have recognised that the main competitive advantage of any organisation is its ability to capture and retain highly skilled workers.

Last year, I had the opportunity to share a moment with a friend who was participating in the selection process for a role at Apple. One of the things that caught my attention was that the whole affair took roughly 18 months to complete. This perfectly illustrates how important talent is for industry-leading companies, and just how hard it is to find the right candidates – even with the pulling power of Apple.

Parameters like work-life balance are beginning to play a far more important role in a prospective employee’s decision-making process, especially for workers in tech-focused roles, such as programming. In response, more companies are offering employees the chance to relocate to locations with a greater quality of life as part of their remuneration package.

In other words, the ‘war for talent’ is becoming increasingly creative, and the ammunition is no longer just financial compensation. That is why places like Bahrain, Lisbon, Taiwan, Barcelona, Tel Aviv and the Canary Islands – destinations often rated the highest by expats and digital nomads – are becoming more and more concentrated with talent.

This is key from a foreign investment perspective: money is going to be invested where the talent is, where it can be attracted, and where it will stay. In that sense, if you want to transform your region into a tech hub, all roads to that goal start with highly skilled workers. Money isn’t going to come without talent – it comes either by capturing and holding on to foreign talent, or by moulding excellence through a very comprehensive education policy, like that of Singapore.

Holding strong
As the leading organisation supporting foreign entities wishing to relocate to the Canary Islands, we’re often asked: “Will we be able to find the talent we need?” In fact, the answer to this question has become more important to interested businesses than those regarding taxes, the cost of living and legal security. Companies are most concerned about the role of universities in tech education – what they’re doing in terms of R&D, whether a talent pool exists and, if so, the proportion of tech-focused employees within it.

At Proexca, we offer solutions to firms in R&D centres, shared services, back offices, digital marketing, call centres and audio-visual programming, among others. We also support companies in the oil and gas, mining and logistics sectors, as well as those based in West Africa that come to the Canary Islands in search of trainee staff. While finding talent is undoubtedly crucial, and all local institutions are working to this end, we believe there is another question that is equally important: “Will the company be able to retain the talent once they’re based in the country?”

Nowadays, there are more and more cases where locations become particularly popular among businesses. Due to a relative shortage of talent in these areas, companies start stealing workers from one another. This is not only a terrible situation because of the immediate consequences of increased labour costs and training needs to a business, but also due to decapitalisation, particularly in knowledge-intensive sectors and activities.

Islands of opportunity
We recently attracted a well-known tech business to the Canary Islands by emphasising the stability of the archipelago’s talent pool. The company, which wishes to remain anonymous, had initially opened an international, Spanish-speaking customer excellence centre in a South American capital. It chose this location mainly because of the availability of talent there, as well as its very competitive costs. Unfortunately, the high labour rotation in the city meant keeping the centre there simply wasn’t sustainable.

The Canary Islands immediately became a great option, due to its extremely low labour-rotation rate, which is a result of its fantastic standard of living. While the small difference in labour unit costs was compensated by the reduced training outlay, it was the stability of the workers in the Canary Islands that acted as the greatest draw to the firm.

Indeed, we strongly believe that quality of life is the ultimate weapon in the war for talent. In an increasingly global and competitive world, where many workers no longer need to be situated in a company’s headquarters, the locations that prosper will be the ones people actually want to live in – it’s as simple as that.

As such, we have bet heavily on this strategy to attract more investment to the Canaries. The islands’ world-class standard of living is not only driven by its mild climate, but also by the quality of infrastructure, its very high security standards and the affordable cost of living. The clean air, stunning sea, leisure options and internet connectivity all play a major role, too.

Of course, attracting new talent, establishing existing workers in new environments and ensuring all employees remain loyal to the company are very important challenges for decision-makers. At Proexca, we used to predominantly promote the Canary Islands’ differential tax advantages, but lately we have been focusing much more on its ability to retain talent. This is especially true in areas such as software, design and digital marketing, where there is a growing segment of workers who increasingly care about their work-life balance and no longer want to spend their lives in heavily populated cities that are full of traffic jams.

If the war for talent is shifting to retention – and if retention is no longer only about money, but about quality of life, too – then we look to the future with great optimism. Indeed, the Canary Islands are exceptionally well positioned for the 21st century’s latest battle.