How one Algerian company became a consumer electronics giant

Ali Boumediene, Founder and General Manager of Bomare Company said that "the path to success is not easy to find, you have to be determined, work hard and see far". His capacity not just to work hard, but also to envision something far greater than the sum of its parts, means that today, his company commands an envious position in the electronics industry 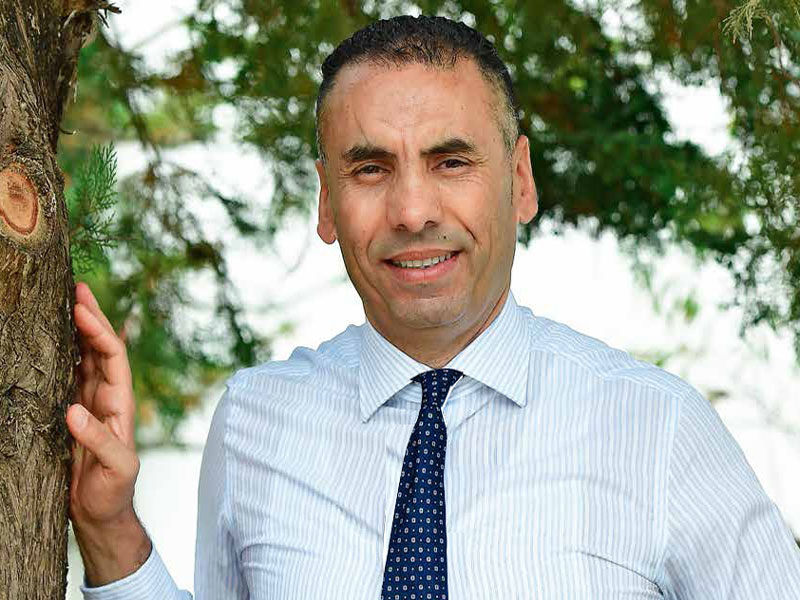 In 2001, Ali Boumediene founded Bomare Company and proceeded to devote all of his ambition to make it a byword in the electronics industry. Today, Bomare Company has a share capital of 1,023 Billion DZD, built by hard work and perseverance, which are the fundamental assets of a young and dynamic company. Bomare Company now aims to become more than just an established name in the electronics industry, by strengthening its strategic position in the European and African market.

Bomare Company has worked hard to meet its customers’ requirements by offering them products that have a quality fully compliant with current standards and through innovative platforms with adapted content. That is the reason why customer satisfaction remains a priority for the company, something that the team works tirelessly to improve upon through constant review.

Bomare Company has also implemented a human resources development strategy to raise the skill level of its employees via regular training and providing motivation and encouragement in their careers. A company often succeeds or fails on the quality of its employees and one of the central tenets of Bomare Company is to prioritise the success and wellbeing of its staff.

Following on from this, the success that the company has enjoyed is the result of the devotion to, and the sincere commitment and passion of, its 620 employees. The undeniable asset of Bomare Company is its young, dynamic, well-educated and qualified team. From its inception, the company has always strongly supported gender equality at work, and a pleasant work environment has always been a key priority.

A brand that branches out

The electronic products manufactured by Bomare Company are commercialised under the trademark ‘Stream System’, a brand that was registered in 2003 and whose main products are:

The company works across a diverse number of fields which include consumer electronics products, hardware and software solutions for B2B, industrial subcontracting, the manufacture and engineering of electronic main boards, after sales services and also applications and platform development.

Bomare Company has a factory located in Birtouta (Algiers), which extends over 15000m² and which is organised into three production units.

The team works across not just these production units, but the company also has dedicated staff working in after-sales service, four distribution platforms that service the whole of Algeria, and also international after-sales service in Spain, Portugal and Italy with plans to include Germany.

These production units are broken down into three separate areas:

The SMT Production Unit is composed of different production lines: In terms of equipment, Bomare Company is still positioned among the leaders. The Algerian company has new equipment capable of producing all types of MPCBs for different sectors, including: broadcasting, telecommunications, medical equipment, mobile phones, and computers, to name a few. The SMT production unit contains two High Volume SMT Lines equipped with a line manager and full traceability modules. Bomare Company uses equipment from worldwide leaders in their respective fields including Universal Instruments, ASM DEK and Saki.

The SMT Production Unit is composed of a number of different production lines:

Three assembly lines for TVs from 19 to 86 inches and different technologies (LED, DLED and OLED)

The mark of quality

Bomare Company has been committed to ensuring operational standards are met and to this end its products comply with EU standards for health, safety, and environmental protection, including ISO 9001 certification for quality management, RoHS, and a EUR1 Goods movement certificate.

In 2019, WTC Algeria Awarded Bomare Company as The Best Exporter of the year and was given additional recognition by the London Stock Exchange Group for Best Performing African Companies in the same year.

Bomare Company was the first Algerian exporter of electronic products to Europe.

As one of the leading manufacturers of Electronic devices in Algeria, Bomare Company has been exporting its products since 2015 to many European and African countries and aims to develop its network globally.

In line with this, Bomare Company actively participates in fairs and exhibitions. The IFA Messe Berlin (Germany) is one of the key events in which the company has been taking part since 2011. Bomare Company has marked its presence by exhibiting all of its knowledge in terms of innovation and technology.

Bomare Company made its very first foray into exports back in 2007, under a rather rigid and austere regulatory climate that was not particularly favourable to international trade. It succeeded in exporting initially to Spain.

2016 marked a decisive turning point in the history of Bomare Company, as a 50 million USD agreement was signed with its Spanish distributor for a period of 5 years to promote and distribute the Stream System products in Spain and Portugal. This first success was the first step in conquering the European market and the beginning of the company’s prosperity.

The following year, Bomare Company set its sights on the African market, considering it a high potential emerging market, and subsequently concluded an agreement to export its smartphones to South Africa and signed a $4 million dollar contract per year to export its products to the Gabonese market.

Following on from this, the company went in search of new markets. In 2019, Bomare Company exported its Stream System products to Italy, which are distributed over a large network including more than 2000 points of sale through 16 distribution centres.

In October of that year, Bomare Company was invited by Carrefour to take part in the Carrefour Tech event which groups together all of the actors in the consumer electronic industry. Bomare Company secured its presence by training 120 sales representatives and product managers in several different outlets of Carrefour spread across Italy on Stream System products.

In 2020, the company signed a partnership agreement with LGE for the export of LGE products, manufactured in Algeria by Bomare Company, to the European market.

Bomare Company’s top priority moving forward is to guarantee its customers’ satisfaction with a commitment to providing world-leading after-sales services in all the territories where its products are commercialised and it has plans to build on its success in this arena.

Currently, Bomare Company is negotiating export contracts to the German market and the establishment of an after-sales service in Germany.

By 2025, Bomare Company aims to increase its turnover to $3.5bn with a 65,000m² factory, which will produce 7.5 million televisions and 90% of its production will be intended for export. Bomare Company will contribute to the creation of an ecosystem of at least 1000 startups by achieving such a goal.

The continued development and success of Bomare Company is a testament to the founding philosophy of Ali Boumediene – that of determination and perseverance, and is buoyed by the enduring principles by which the company continues to move forward in 2021, with a strong focus on making its employees indispensable.