EU to include commodities in new markets rules

The European Commission has said it intends to use a its plan to reform financial markets to rein in speculation on commodities markets, notably by reinforcing controls and extend the market abuse legislation. The European Commissioner in charge of financial reform services Michel Barnier made the announcement in the opening speech of a conference on […] 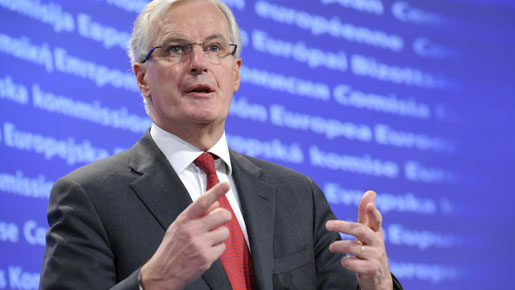 The European Commission has said it intends to use a its plan to reform
financial markets to rein in speculation on commodities markets, notably
by reinforcing controls and extend the market abuse legislation.

The
European Commissioner in charge of financial reform services Michel
Barnier made the announcement in the opening speech of a conference on
the revision of the Market in Financial Instruments Directive (MiFID) in
Brussels, along with his colleague, EU Agriculture Commissioner Dacian
Ciolos.

“The revision of MiFID is one of the key elements of an
ambition reform of the raw materials markets,” the EU’s financial
markets chief said, stressing that commodities markets regulation was a
high on his agenda.

“We are ready to go further. This is a key
issue. We will not hesitate to consider further measures,” Barnier, a
former French farm minister, also said.

European commodity
markets are under pressure to tighten regulation as the US pushes
forward with plans to tame speculative activity, which was blamed by
some for boosting food and energy prices to record highs in 2008.

The
EU’s executive had unveiled a blueprint on Wednesday to curb or ban
short-selling and tighten controls on derivatives in one of its most
ambitious financial reforms since the economic crisis unfolded, but it
was unclear how the EU intended to tackle the issue of volatile
commodities markets.

European wheat futures gained more than 60
percent in the five weeks to August 5 on record volumes as drought-hit
Russia, the world’s former third-largest grain exporter, banned its
exports and other major producers, including Ukraine, also suffered from
drought.

Position limits
At
the conference Dacian Ciolos, said he wanted the EU executive’s plan to
specifically include the issue of position limits on futures markets.

“We need to go further, especially today on the issue of position limits to counter excessive movements,” he said.

Barnier said the MiFID review would create the
opportunity to strengthen the transparency, give a better framework for
organised markets and increase controls on the activity of the various
players in these markets, the speech said.

But the Commission
also intends to review the market abuse directive and extend its field
of action to strengthen how raw materials markets are controlled and
supervised.

Finally, Barnier said the Commission wants the new
European authority for securities markets to play an important role in
how these markets operate, notably by ensuring that common rules for
their functioning are established and that there is a coordinated and
homogenous supervision of these rules in Europe.

His comments
come after France sent detailed proposals to the Commission on August 31
calling for common action to regulate volatile commodities markets
before it is due to head the Group of 20 economic powers.

In an
interview with reporters on September 10, France’s Farm Minister Bruno
Le Maire said speculators may have inflated EU wheat futures prices by
as much as a third, as he touted the benefits of position limits as a
possible part of the country’s push to toughen commodity market
regulation.

Ciolos agreed fundamental parameters such as lower
supplies from Ukraine and Russia could not explain recent wheat price
movements alone.

“I’m not here to put finance on trial. But finance must serve the real economy,” he said.