Leading by example: the benefits of becoming a corporate mentor

Mentoring can transform the careers of young employees, but the benefits work both ways. Elizabeth Matsangou explores what an effective mentoring programme can do for leaders and their organisations 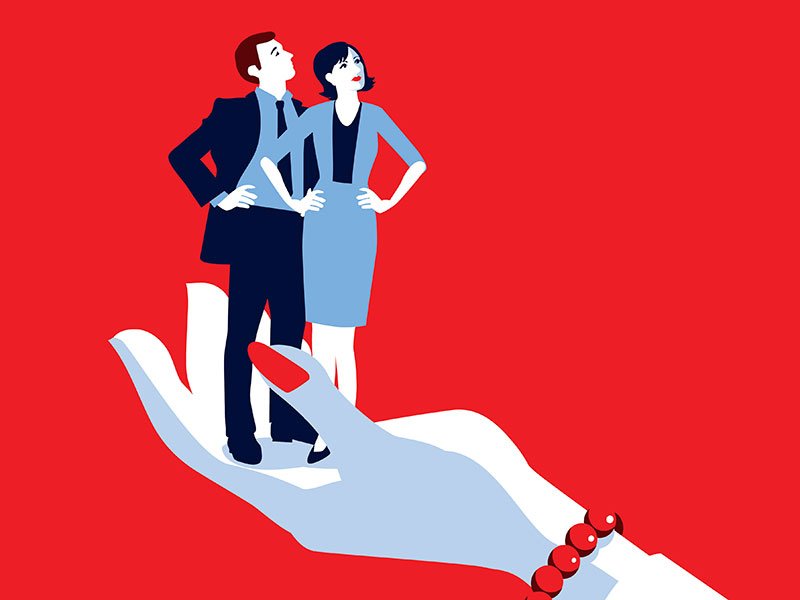 Being a good mentor is no straightforward task – it takes patience, time, communication skills and, perhaps most importantly, empathy
Management

It might surprise some to learn that the word ‘mentor’ finds its origins in The Odyssey, Homer’s epic poem that dates back to some point around the eighth century BC. Specifically, the term comes from the character Mentor, who Odysseus charges to care for his son Telemachus during his absence. In a bid to guide Telemachus during a time of need, Athena, the goddess of wisdom, disguises herself as Mentor. Taking on this role, the deity encourages Telemachus to stand up against his mother’s suitors and search for the truth behind his father’s disappearance.

The character Mentor appeared again, thousands of years later, in Les Aventures de Télémaque, an educational novel by the Archbishop of Cambrai, tutor to Louis, the Duke of Burgundy, who was then second in line to the throne. First published in 1699, it fills out gaps in Homer’s Odyssey, recounting the travels of Telemachus, who was accompanied by Athena disguised as Mentor. According to Professor David Clutterbuck, co-founder of the European Mentoring Centre and author of several books about mentoring, the 17th-century novel, which continued the dialogues between Athena and Telemachus, was “the first leadership book in western society”.

Gratifying work
Today, the term ‘mentor’ refers to someone who provides guidance and support to someone, usually younger than themselves, but crucially with less experience. While the benefits for the mentee are obvious, mentors stand to gain from the relationship too. “The mentee typically gains greater clarity about where they can go with their career, and how,” Clutterbuck told European CEO. “Mentors also typically learn to see things from the perspective of a different generation, gender or culture.”

Having been in their industry for a number of years, mentors can benefit immeasurably from a fresh viewpoint

Having been in their industry for a number of years, if not decades, mentors can benefit immeasurably from a fresh viewpoint gleaned from a younger person. Understanding newer generations, how they think, how they react and what’s important to them are lessons that can be applied in any business. Keeping abreast of preferences from one generation to the next can help a company anticipate the next big thing; failure to do so could be their downfall. Mentoring, therefore, can be pivotal for the long-term success of an organisation, and for the careers of those in its highest echelons.

Mentoring has a more personal benefit, too. There’s something deeply gratifying about helping those that remind us of ourselves when we first started out. Providing guidance so young individuals can avoid the same career mistakes we have made somehow makes those mistakes more palatable. This feel-good factor plays a significant part in encouraging successful people to pass their wisdom on.

Sound advice
But being a good mentor is no straightforward task. It takes patience, time, communication skills and, perhaps most importantly, empathy. Clutterbuck explained: “Mentors encourage self-belief, help mentees expand their horizons [and] support them in building networks.” But in doing so, it is important that they do not project their own ambitions or make decisions for their mentee. To do so would compromise the guiding role a mentor should have, ridding the mentee of the opportunity to forge their own path.

“One of the common misconceptions about mentors is that they give lots of advice,” Clutterbuck told European CEO. “That’s simply not the case. They help the mentee with the quality of their thinking, sometimes providing context (information the mentee doesn’t have that will help them make better decisions), but never telling them what they should do, or expecting them to follow the mentor’s career path.”

Given the difference in experience, position and (usually) age between mentor and mentee, it is easy for an unproductive power differential to arise. “It’s important to minimise this,” Clutterbuck advised. “A simple rule is to listen most of the time and to ask more questions than give answers.”

Further, rather than offering scraps of time and information, good mentors should feel invested in the success of their mentee and take a personal interest in their development. That said, it’s also key for mentors to remember that the relationship is different to that involved in sponsorship. “Sponsorship is a different role, incompatible with mentoring,” Clutterbuck said.

Given the difference in experience, position and (usually) age between mentor and mentee, it is easy for an unproductive power differential to arise

“It’s hard to be fully open and honest with someone who you are trying to make into your champion.” The relationship is more about empowering individuals, instead of spouting career advice. As such, mentors are charged with the responsibility of sharing their experience and knowledge while maintaining a positive attitude.

To some, this may seem like a lot of work, but such skills are highly relevant to leadership roles and could therefore provide instrumental training and reminders to mentors in C-suite roles, as well as to those striving for such positions. “We should also note that mentoring is an excellent way to leave a legacy,” said Dr Riza Kadilar, President of the European Mentoring and Coaching Council.

Two-way street
Mentoring programmes can positively impact an entire organisation by creating a culture of guidance and support. This is because the benefits for mentees are manifold. Kadilar told European CEO: “As a storyteller, the mentor will share inspiring stories. As a networker, he or she opens new doors that [enable] new connections… As a coach, mentors help mentees to discover their true potential by determining their goals, their barriers and their drivers.” In such a space, young talent develops more quickly, adding greater value to a company overall.

“Evidence shows that mentoring enhances the engagement of employees… We know people tend to leave their bosses rather than their companies,” Kadilar said. “The value-based, non-judgemental dialogue that a mentee or mentor enjoys during the mentoring process helps them better understand the larger picture, enhances their systemic view of their environment and also becomes a source of motivation for both of them.”

Clutterbuck added: “It also reinforces the alignment of people at all levels with the business strategy, which in turn enables organisational ability to respond to change.”

Clutterbuck cited two growing areas of mentoring, the benefits of which should not be underestimated. The first is maternity mentoring, which supports women returning to work after maternity leave by pairing them with colleagues who have already gone through the sometimes-difficult transition. “It has a major impact on the proportion [of women] who return to their old jobs, and how long it takes them to get back up to speed,” he noted.

The second is ethical mentoring, which began as a response to the scandals that underpinned the 2008 global financial crisis. “Ethical mentors are trained to help people who have an ethical dilemma to think it through and make better decisions,” Clutterbuck said. “The result is that there is much less chance of reputational and other damage to either the company or the individual.”

Those who think that mentoring would be a drain of their time should think again. Within an organisation, mentoring can be a powerful tool, fostering a culture of empowerment that spurs greater productivity, innovation and teamwork. Crucially, it can also align business strategy across hierarchical and generational divides. Meanwhile, the honing of skills, understanding the younger generation, and gaining a fresh perspective can create new opportunities that see the mentor progress in tandem with their mentee.