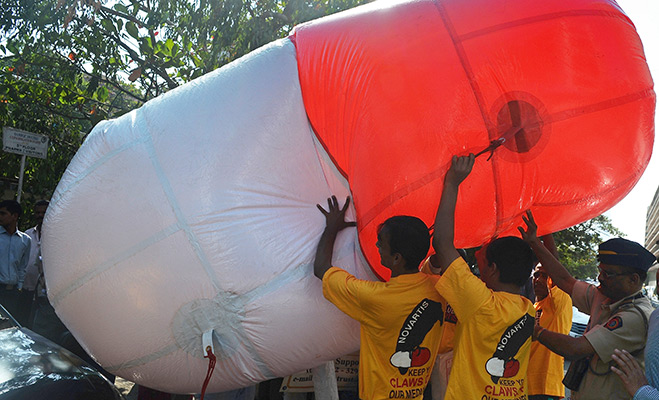 Departing chairman of Novartis, Daniel Vasella was set to receive a payout of $78m over six years, supposedly for consulting services and a very strict non-compete agreement. But the generous ‘golden gag’ package- as the payout has been dubbed by the media- caused waves of protests in Switzerland, a country on the verge of a referendum on excessive executive pay.

As a result Novartis has been forced to backtrack and rescind the offer. “The board and Dr Vasella agreed to cancel the non-compete agreement and to forgo all compensation linked to his non-compete,” said Ulrich Lehner, vice-chairman of Novartis in a statement. The decision was announced three days before the company’s board comes face to face with investors at the shareholders’ annual meeting.

“We continue to believe in the value of a non-compete, however the decision to cancel the agreement and all related compensation addresses the concern of shareholders and other stakeholders,” Lehner’s statement continued.

The original payout had outraged Swiss lawmakers and shareholder activists two weeks before a planned referendum on whether or not shareholders should have more power in determining executive compensation. Novartis was also criticised for not making the payout deal public sooner, as it was only announced on the day of Vasella’s planned stepping down.

In a statement Vasella conceded that the amount was “unreasonably high, despite the fact I had announced my intention to make the net amount available for philanthropic activities.”

The outgoing chairman’s compensation has been the focus of shareholder criticism before. His annual salary before stepping down was valued at $13.4m in Novartis’ annual report for 2012. The board has decided to consider reforming the way senior executives are compensated following the backlash.

“The company was right to end the payment to Vasella. It goes against good corporate governance to have non-compete agreements and it makes little sense,” one of the top 10 shareholders at Novartis has said.

The referendum is still scheduled to go ahead on March 3, and will address proposed changes to labour laws including binding shareholder votes on executive pay, bonuses and payouts for outgoing executives. “Swiss labour laws do not allow non-compete agreements of more than three years, so in that sense Vasella’s pay-off was disguised as a ‘golden parachute’,” said Brigitta Moder-Harder a shareholder activist involved in the proposals set out in the referendum. “It is far too late; the whole thing is still a debacle.”