With several sectors' worth of experience under his belt, Jimenez has certainly proved to be the right man for Novartis 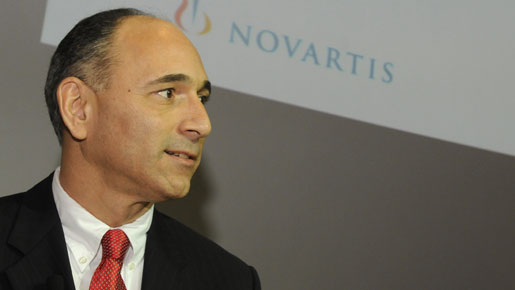 Patent expiries, tougher regulation, a proliferation of generic drugs, a big counterfeit market, reduced expenditure on healthcare by governments, rising R&D costs; it’s a bitter pill to swallow for the major pharmaceuticals. Given the challenges facing the industry who would want to be a CEO of one of the big pharma multinationals?  Well count Joe Jimenez, CEO of Novartis, in for a start.

Jimenez is obviously doing something right at Novartis. Despite the difficulties in the pharmaceutical sector, under its new CEO Novartis turned in a strong financial performance through the third quarter of 2010. The figures made encouraging reading for Jimenez with net sales up 13 percent, core operating income up 25 percent, core EPS improving to 16 percent and free cash flow before dividends of $2.9bn.

Novartis was formed in 1996 as the product of a merger between Ciba-Geigy and Sandoz, two companies that trace their history right back to the mid-1700s. With 2009 net sales of $44.3bn, the firm is a leading player in healthcare markets that include new branded drugs, generic pharmaceuticals, vaccines, diagnostic tools and consumer health products. Headquartered in Basel, Switzerland, the group has about 100,000 employees.

Conspicuously, for a man in charge of a billion dollar pharmaceutical giant, Jimenez did not arrive at Novartis from a scientific background, unlike his predecessor and now chairman, Dan Vasella. Instead, the majority of Jimenez’s career has been in the Fast Moving Consumer Goods sector, and in particular in the food business.

Jimenez began his career in California in 1984 at the Clorox Company, the cleaning products firm, and then switched to the food business with stint at ConAgra Grocery Products from 1993 to 1998, after which he joined HJ Heinz. At Heinz, Jimenez fast tracked through the corporate hierarchy making CEO of the company’s North American business in 1998, CEO in Europe in 2002, and CEO Asia Pacifica and the rest of the world in 2006.

Joining Novartis in April 2007 as CEO of the consumer health division, by October that year he was heading up the pharmaceuticals division – the third largest pharma company in the world by sales. Earmarked for the CEO spot he replaced Vasella in February 2010 with a number of challenges on the horizon, including integrating eyecare firm Alcon that Novartis was acquiring from Nestlé, and beefing up the bottom line.

Jimenez takes charge at a time when the industry is in a state of flux. The pharmaceutical majors face many challenges. Big revenue earning blockbuster drugs are coming to the end of their patent protection. Cheap generic medicines are swallowing market share. The regulatory environment for new drugs is growing more stringent in some markets. Government health budgets are under pressure.

CEOs are paid to set direction, among other things. And while it may not be easy to choose the right path Jimenez is determined to pursue the diversification route mapped out by Vasella before him.

“Novartis remains committed to the core strategy of focused diversification in high-growth healthcare segments,” he said in November 2010. “We are leveraging our core competencies in scientific discovery and development to continue driving innovation, growth and productivity across the businesses.”

There are four main strands to the strategy. Focusing on key healthcare growth areas such as pharmaceuticals, eyecare, consumer health and vaccines, diagnostics, and generics (with the Sandoz brand) provides growth. Innovation creates “an innovation premium” to growth. Attention on improving productivity in turn leads to greater profitability and strong cash flow. And, in a virtuous circle, that cash can be reinvested for growth – as well as used to reward shareholders.

So, as the numbers suggest, Jimenez is not letting up on innovation and the search for blockbuster drugs. In 2009, for example, approximately $7.5bn was invested in R&D activities throughout the group, the firm got 30 major regulatory approvals, and those drugs brought onto the market since 2007 contributed $4.7bn in revenues. Towards the end of 2010, Novartis had 142 pipeline projects in pharmaceuticals at various stages of clinical development, and was planning 30 pharmaceutical regulatory submissions before the end of 2012.

The rewards of an innovation driven approach are evident with drugs such as Gilenya, the multiple sclerosis (MS) medicine which has won approval in the US as the first oral treatment for the illness.

“We’ve had this drug in development for over ten years. We have spent over $1bn in total development costs to bring it to market,” said Jimenez, in a 2010 Fox Business Network interview. “The FDA’s approval of Gilenya really represents a breakthrough in the treatment for MS. Not only is it the first oral therapy for MS patients. But also, it has best in class efficacy.”

On the productivity side, during his spell as head of pharmaceuticals, Jimenez had already introduced business innovations less commonplace in the pharmaceutical sector – such as reverse auctioning with suppliers, and a focus on the cash conversion cycle.

Now he continues to drive for efficiency improvements and ultimately create value through a number of initiatives. These include a review of the firm’s manufacturing resources with a view to optimising support to the group’s activities through the creation of a number of Manufacturing Centres of Excellence. Marketing and sales resources will be reallocated to better reflect the firm’s pharmaceuticals portfolio. Key account management and co-promotion of products cross-divisionally will improve customer service.

“We are creating a mentality where productivity is a way of life and we are going to continue to squeeze cost because that will help us maintain margin growth even at a time when we are investing in innovation,” he said during the company’s Q2 2010 earnings conference call.

Given the uncertainty in global economy at the moment, and the number of different factors influencing the healthcare market, it is likely that it will be some time before it is clear which strategy will win out for the big pharmaceuticals.

But Jimenez is optimistic about the prospects for the sector as he made clear in his Fox interview. “I think that healthcare is going to be a growth industry well into the next decade, because if you just think about the aging population and the fact that obesity rates continue to rise, there is going to be more and more demand for high quality healthcare,” he said.

Hopefully, he is right, and if Novartis continues to take the strategic medicine that Jimenez administers, it will be set for a healthy future.