China’s relentless growth and ambition have not gone unnoticed in Brussels, but the EU needs to act quickly if it is to create regulations that protect the integrity of the common market 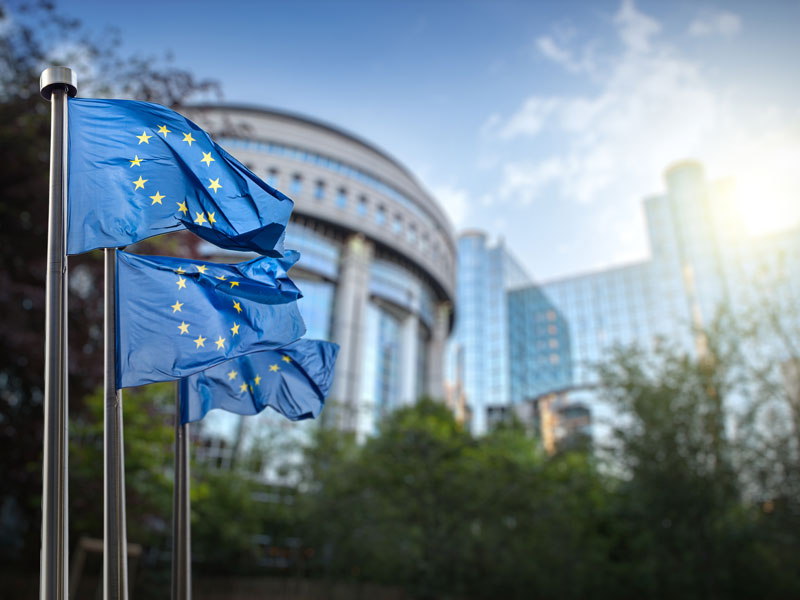 Late last year, the Dutch Government put forward a proposal that would revamp EU competition law, allowing the European Commission to step in if governments from outside the bloc threaten the integrity of the common market
Management

The EU is in danger of letting the rest of the world pass it by. Industry-leading companies have emerged in the East and the West, but rarely have they been built within the bloc. With Donald Trump in the White House, Europe can no longer count on support from the US, while the rise of China poses an economic and political threat. It is time for the EU to toughen up if it wants to compete.

One area in which it can do so quickly is its state aid rules. Currently, EU competition law forbids national governments from supporting firms unless it can be justified in terms of ‘general economic development’. When this ruling was introduced under the Treaty of Rome in 1957, the rationale behind it was strong: if the EU was to be considered fair by all its member states, national governments could not be seen to distort the market by subsidising domestic businesses at the expense of those based elsewhere.

But the corporate and geopolitical climate has changed significantly since 1957. Then, China was just coming to the end of Mao Zedong’s First Five-Year Plan – industrialisation had barely begun, and China was in no sense an economic rival to Europe. Today, its state-controlled economy is capable of distorting markets, both at home and abroad. The question is whether Europe has the will to stop it.

For too long, European businesses have been happy to receive Chinese investment, with little attention paid to any potential drawbacks

State of play
Late last year, the Dutch Government put forward a proposal that would revamp EU competition law, allowing the European Commission to step in if governments from outside the bloc threaten the integrity of the common market. Although the policy did not focus on China specifically, it has been clear for some time that Europe’s dealings with Xi Jinping’s economic juggernaut have been blighted by naivety.

There are three main pillars of EU competition law: the first covers anti-trust legislation, such as the abuse of a dominant position; the second concerns mergers that may damage the competitive environment; and the third forbids market cartels. A lesser-known article in the agreement relates to illegal state aid and is relatively unique to the European market. Consequently, external businesses, such as those based in China, are not bound by the same rules as EU firms.

“We want to give the European Commission extra competition tools to enforce a level playing field,” Mona Keijzer, the Dutch state secretary of economic affairs, told the Financial Times in December 2019. “Companies, regardless of their home base, are welcome to do business here. All we are saying [is] that if you want to enter our arena, you have to play by the rules we set to ensure fair competition.” What these rules will eventually entail is not entirely clear, but they are likely to involve the commission preventing firms located outside the bloc from buying European companies at above-market prices and then undercutting their competitors by selling goods and services at below-market prices.

“An issue that has been evolving is that other jurisdictions like China may use state aid to help its firms expand to new markets, and the European market is one of the major ones,” Georgios Petropoulos, a research fellow at European think tank Bruegel, told European CEO. “This is unfair for European competitors that do not receive such aid. In this situation, we have a distortion of competition; we don’t have a level playing field. The fact that EU state aid rules cannot apply to outside actors creates a problem that requires a new solution.”

Pushed around
Europe’s internal debate concerning whether its state aid rules remain fit for purpose forms part of a wider, overdue discussion regarding Chinese competition. For too long, European businesses have been happy to receive Chinese investment, with little attention paid to any potential drawbacks. Brussels has largely been content to sit back and watch while this occurs. In strategically important industries, China has been quick to gain a foothold across Europe. Take the decision by the Guangdong-based appliance manufacturer Midea Group to purchase German robotics firm Kuka for €4.5bn in 2016, for example. At the time, the Chinese company professed that it intended to keep Kuka’s management unchanged. In 2018, however, longstanding CEO Till Reuter was ousted, reportedly for having disagreements with Midea Vice President Andy Gu.

Perhaps more worrying than the fate of any single company is what takeovers like this mean for Europe’s already feeble efforts to compete in industries that will prove so critical to the economy of the future. Beijing is transparent in its aims: Xi has identified 10 sectors in which he believes China can become a world leader, including next-generation information technology, robotics and biopharmaceuticals. Europe should not allow Chinese businesses to sweep in and co-opt any companies that reside within strategically important industries, especially not without subjecting any takeover to significant scrutiny.

“The EU should find an indirect way to implement new rules, and the most effective way to do that is at the entry point when a new company comes to Europe,” Petropoulos said. “At this point, the EU should evaluate whether this company receives state aid. And if it receives state aid, there should be particular measures put in place so that the entry will not distort competition. One instrument to achieve this is merger control, as usually firms from other jurisdictions enter the European market by merging with companies that are already present in the European market.”

Some European states are trying to push back against Chinese corporate takeovers, but greater support from Brussels is required. A 2018 report published by Rhodium Group and the Mercator Institute for China Studies showed that Chinese foreign direct investment inflows were declining in areas such as infrastructure and transport while rising in financial services, health and biotechnology. China understands these are the industries that will drive progress in the future − Europe needs to come to the same realisation before it’s too late.

Taking a stand
Clamping down on market distortion from outside the EU should certainly be a priority for Brussels, but it shouldn’t be the only one. There is talk of creating a sovereign wealth fund for Europe to support investment and acquisitions abroad, an approach already used by many different nations. The proposed European Future Fund could also help produce domestic champions in strategically important fields, potentially allowing Europe to create competitors to international heavyweights like Google, Amazon, Alibaba and Tencent.

“I also think there are some issues in Europe worth considering – for example, with regard to the scaling up of firms,” Petropoulos explained. “Usually when entering the global market, you need to have some scale – this helps you to find the necessary financing. I think this is something that we are missing in Europe. Probably the best avenue to explore is the creation of a truly single market without obstacles. This will help European businesses to expand their services to serve more people, grow more efficiently and compete more effectively with their global competitors.”

The rules-based approach to international business that the EU established many decades ago should be applauded for helping to create a level playing field on which domestic firms could flourish. But times have changed, and there are new players in the game – if they are not bound by the same rules as European businesses, then perhaps it’s time Europe came up with some new ones.