Chinese President Xi Jinping met with Portuguese officials this week in a bid to strengthen Beijing's relationship with Europe and build upon the One Belt, One Road initiative 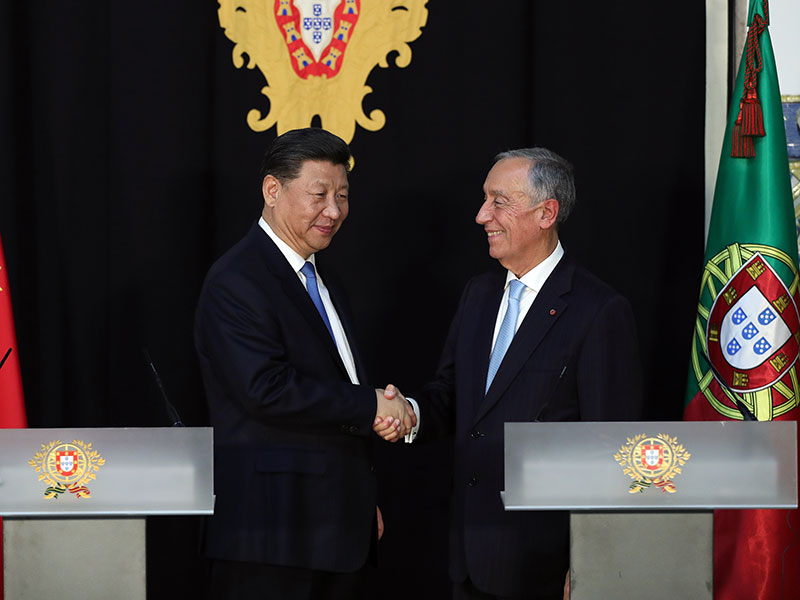 Chinese President Xi Jinping arrived in Lisbon on December 3 for a two-day visit aimed at boosting economic ties with Portugal, a country he described as “an important link to Europe”.

“Chinese-Portuguese relations are entering their best period in history,” Xi told the press following his meeting with Portuguese President Marcelo Rebelo de Sousa. He added that both countries could benefit from Beijing’s One Belt, One Road initiative – Xi’s landmark infrastructure policy. “Portugal is an important hub in the land and maritime silk routes,” Xi said.

In particular, the Port of Sines, which is situated on the south-western coast of Portugal, is considered crucial to Xi’s plans, as he looks to integrate the local area into the New Silk Road.

Portugal, one of Western Europe’s poorest countries, is among the continent’s largest beneficiaries of Chinese investment. With assets falling in price following the 2011-14 Portuguese financial crisis, many Chinese companies were quick to purchase stakes in the country’s energy, banking, insurance and healthcare sectors. In fact, between 2010 and 2016, 3.6 percent of Portugal’s GDP was attributed to Chinese investment.

Prior to Xi’s visit, however, Portuguese Prime Minister António Costa said Lisbon did not back the plan. “In Portugal, we are not anxious by the origin of foreign investment,” Costa said, calling upon the EU to shun “the path of protectionism”.