The Grimaldi Group is working to make shipping even more sustainable

The shipping industry, one of the world’s great wealth creators, is working to improve sustainability standards 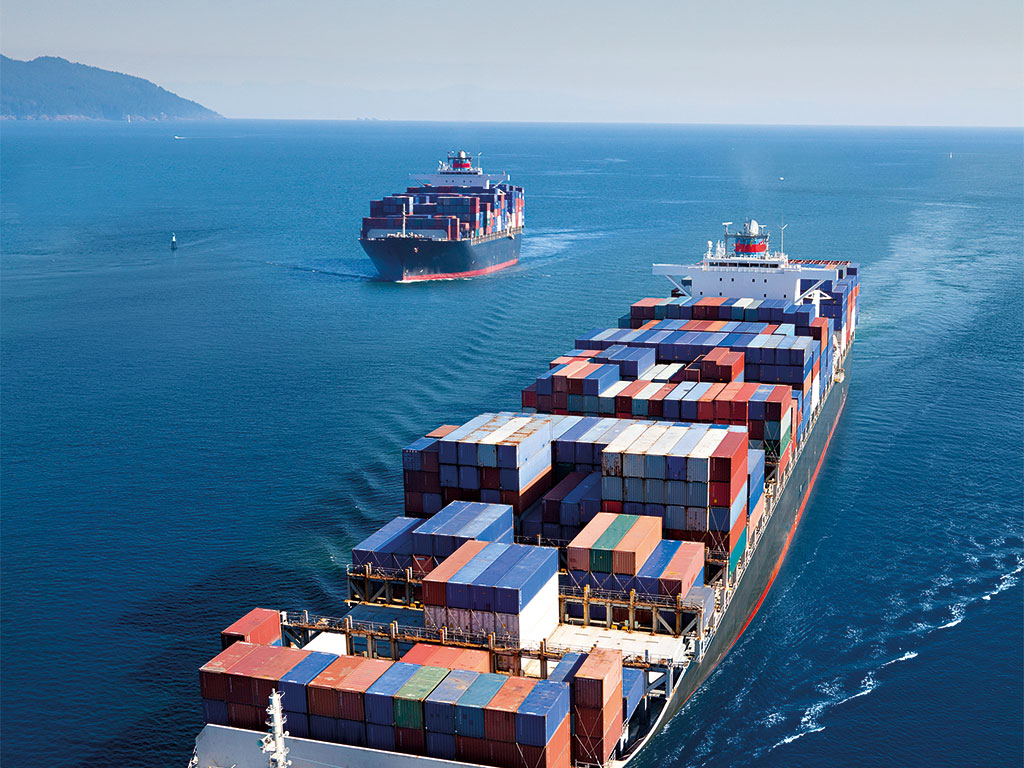 Despite shipping only accounting for a small percentage of global environmental pollution, the Grimaldi Group is determined to reduce the impact as far as possible
Management

In economic terms, the global shipping industry plays a tremendously important role in ensuring the steady flow of both goods and people. In terms of volume, roll-on/roll-off (RORO) and ferry vessels transport approximately 2.2 billion passengers, 260 million vehicles and 40 million trailers every year. Leaders within the industry are also placing an increased focus on sustainability to ensure the industry remains viable long into the future. European CEO had the opportunity to speak to Emanuele Grimaldi, Managing Director of the Grimaldi Group, about how the global RORO industry is changing.

Rolling along
According to Grimaldi, the RORO shipping industry – i.e. vessels that accommodate the transport of cars and trucks – contributes to the global economy in a number of ways, including substantially boosting trade, fostering social and economic cohesion, and creating jobs across a wealth of industries.

“First of all, it gives a vital contribution to free trade, through the use of an economically convenient and environmentally friendly mode of transport”, Grimaldi said. “Thanks to the quality of service it offers, and the economies of scale and scope it produces, the industry offers a transport alternative that is more economically convenient than a pure road transport option.”

The role the industry plays is also vital for territorial cohesion in some parts of the world. This is particularly true for countries like Greece, Italy and Spain, as shipping channels guarantee connections between the mainland and the islands for cars and trucks. The industry is also responsible, both directly and indirectly, for a large number of jobs across many countries and industries.

Within the ferry industry, the Grimaldi Group is currently the world’s biggest RORO operator. It serves over 100 lines, with a fleet of 130 ships that consists of vessels designed to carry both passengers and cargo. Its large presence has led to it becoming an integrated logistics provider to some of the world’s biggest vehicle manufacturers.

By shifting freight and passengers from the road to the sea, there is a reduction in the number of trucks, cars and other vehicles using the road network

“Currently, our network of services covers the Mediterranean, the north of Europe (including the Baltic Sea), North America and South America, as well as west Africa”, Grimaldi said. “Our sister company, Finnlines, is the leader in RORO and ferry transport in the Baltic Sea, while Minoan Lines, part of the Grimaldi Group, is leader in the same segment on the Italy-Greece route and between Piraeus, the port of Athens, and Heraklion, the capital of Crete.”

Greener and leaner
The global shipping industry is responsible for a proportionately small amount of the world’s carbon emissions. Although it represents 80 percent of global trade, the industry produces only around 2.2 percent of global emissions. In spite of this, efforts are being made within the Grimaldi fleet to set an even higher standard.

“In fact, while the volume of cargo, in tonnes, transported between 2007 and 2012 increased by over 14 percent, the total CO2 emissions produced by shipping dropped by 15 percent”, said Grimaldi. “These figures show how shipping is today more a solution than a problem in terms of climate change.”

Even though shipping is by far the most sustainable transport model, there is room for improvement. “Many shipowners are continuously investing in new technology, which reduces fuel consumption and, by extension, CO2 emissions”, said Grimaldi. “Among the various options, you have re-blading, which is using silicon paint on the vessel’s hull, and smart steaming, to name just two. Considering that the reduction of CO2 emissions is a global issue, the shipping industry believes that it is necessary to have one global regime – the International Maritime Organisation – for the control of all harmful emissions.”

Today, the RORO and ferry sector offers a valid transport alternative for passengers, as well as freight. By shifting freight and passengers from the road to the sea, there is a reduction in the number of trucks, cars and other vehicles using the road network. This benefits society by way of reductions in traffic, harmful emissions, noise pollution and accidents.

“Moreover, since the introduction of emission control areas in the North Sea and Baltic Sea in January 2015, shipping operators have been contributing to reduce levels of sulphur dioxide emissions, mainly through the installation of scrubbers on board their ships”, Grimaldi said.

In terms of the emissions of the Grimaldi Group alone, in 2015 its fleet recorded around 10 percent more ships than the year before, but reduced CO2 emissions by 10 percent. “This means that the reduction of emissions per ship exceeded 20 percent, which was a simultaneous effect of the efficiency generated by the introduction of new ships, and a €150m investment programme aimed at retrofitting existing units in order to make them the most efficient in their categories”, said Grimaldi.

Northern light
A member of the Grimaldi Group, in 2009 Finnlines underwent a significant transformation in order to return to profitability after the global economic crisis substantially hit profits. Grimaldi, who stepped in to personally guide the company through the transformation, said hard work and know-how were essential for the remarkable turnaround.

“Finnlines has experienced, in just six years, a turnaround that brought it from the hell of red ink figures everywhere to solid performance and record results in the last two years, with an eye to further improvements”, Grimaldi said.

“When you run a shipping line, you have to make sure that each route gets exactly the type and number of ships it requires, with the right capacity, the right cargo flexibility and speed, and good quality, modern features. You also have to make use of abundant IT and technological innovations, and react quickly to new environmental rules popping out of national and international regulations. Once you do this, you have to be up to date on the transport demand, freight rate and route needs, and be prepared to review all settings if the market requires it. That is what we did in Finland, setting up a tight monitoring system for each relevant KPI.”

Internal strategic thinking, troubleshooting and a large numbers meetings formed the bulk of the process. “The tough tasks we faced shaped a proven team of hard workers, who turned challenges into opportunities one by one. Hard work and know-how are the human factors in success. The quality of our human resources, their cohesion, professionalism and enthusiasm, from the C-suite through to all management and staff members, is another secret of Finnlines’ success.”

Sailing away
Following these successes, the Grimaldi Group is now focusing on further strengthening its position in its core business – the RORO and roll-on passenger field. “In this respect, we are planning a new building programme, which will introduce innovative ships to the market, with expanded capacity and even better environmental performance. This will allow us to open new lines while upgrading the existing ones. The group is also in the process of launching new domestic RORO services in Italy, via the Adriatic and Tyrrhenian corridors, linking the north to the south of Italy”, said Grimaldi. “In terms of the transport of trucks and trailers within Italy, this will transform the way things are done, and we are convinced the strategy will be a successful one.”