The law of the jungles

Major corporations operating across national boundaries, many of them showing (by fair means or foul) scant regard for their competitors, have become increasingly cavalier. John Pontios explores the aptitude of European competition laws 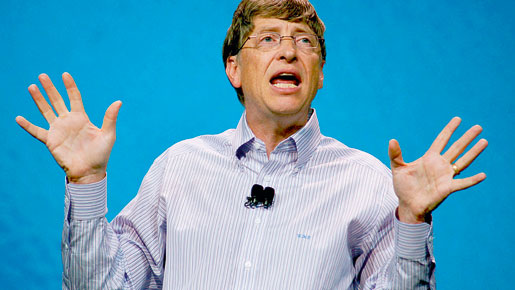 The Europe of 2011 self-evidently represents a markedly different reality to the vision (some would say idealism) outlined by EEC founding fathers Jean Monnet and Robert Schuman after the continent emerged out of the ashes of WW2. While the objectives of the 1951 Treaty of Paris and subsequent 1957 Treaties of Rome – the latter pledging to ‘lay the foundations of an ever-closer union among the peoples’ of Europe’ – haven’t changed in the interim, Europe has become an increasingly complex place, weighed down by an array of competing political and economic interests.

In the political arena, one nation’s ‘economic champion’ has often come to be regarded by another as a blot on that nation’s domestic political landscape. Meanwhile, where corporate transgressions have been identified – and they may go undetected for years – the cogs of justice have perennially ground slowly. Nowadays, the European Commission retains its remit to oversee policy governing cartels and monopolies, as well as mergers and state aid – the aim being to promote the ‘completion of an orderly internal market involving the free flow of working people, goods and services in a borderless Europe’ – yet power has been devolved to member states in recent years.

On a power trip
Key to decentralising the application of EU antitrust rules has been the so-called ‘modernisation’ regulation or Council Regulation (EC) 1/2003 – approved in December 2002, which set out procedures for the enforcement of Article 81 and Article 82 prohibitions in the Amsterdam Treaty (now Articles 101 and 102 in the Lisbon Treaty). In plain language, all NCAs (National Competition Authorities) and national courts were given the power to fully apply the competition provisions of the Treaty on the Functioning of the European Union (from the Treaties of Rome).

Article 81 prohibits agreements and concerted practices, which “prevent, restrict or distort competition, insofar as they may affect trade between member states, unless justified by improvements in production or distribution in accordance with Article 81(3).”

Article 82 prohibits the abuse of a dominant position insofar as it may affect trade between member states. Member state NCAs and courts don’t entirely have it their own way though, given that where the Commission deems a general public interest is involved, Article 11(6) of Reg No 1/2003 can be invoked. This provides for the initiation of proceedings against a specified company and relieves member state NCAs of their authority to apply EU rules on restrictive business practices and on the abuse of a dominant market position. In the case of Coca-Cola, for example, the Commission, after having received several complaints, inspected the firm’s premises in Austria, Belgium, Denmark, Germany and the UK in 1999 and 2000.

By 2004 it had gathered evidence in the 25 EC member states, as well as Norway and Iceland. In September 2004 it decided to commence proceedings against the company under Reg 1/2003 and in October 2004 sent out a so-called ‘preliminary assessment’ arguing that respective bottlers could have abused their joint dominant position in the national carbonated soft drinks market by pursuing certain practices in the distribution channels for consumption at home and for consumption on premises. The company was given the opportunity to remedy the Commission’s concerns and in November submitted its response, which was published in the Official Journal of the European Union.

This town is big enough for the both of us
Third parties, such as consumers, customers and competitors were invited to submit their responses. Input from 33 market players confirmed the effectiveness of the commitments in addressing the Commission’s concerns, which were subsequently signed off. In June 2005 the commitments were deemed to be legally binding. They included no more exclusivity arrangements – the firm’s customers being free to buy and sell carbonated soft drinks from any supplier of their choice.

In addition, Coca-Cola pledged that it would no longer offer any rebates rewarding its  customers purely for purchasing the same amount or more of Coca-Cola’s products than in the past. The company also agreed it would no longer force customers to buy ‘weaker’ products, such as Sprite or Vanilla, if the customer only wanted to buy one or more of its best-selling brands, namely regular Coke or Fanta Orange.

Finally, where the firm provided a free cooler to a retailer, and where there was no other chilled beverage capacity in the outlet, the retailer would be free to allocate up to 20 percent of available capacity for any product of its choosing. These commitments remained in force until December 31, 2010, during which time the company was subject to a possible fine of 10 percent of total worldwide turnover should any of them be abrogated. From a legal standpoint though, the most celebrated case – and one that continues to rumble on – has been that of Microsoft.

Leaps ahead
Seven years ago the company was fined €497m for charging “unreasonable” prices to rivals for access to its dominant software. It was subsequently ordered to release key Windows code to its competitors. In September 2004 it attempted to have the ruling temporarily suspended and in April 2006 lodged an appeal in the European Court of First Instance against the requirement that it should limit to a “reasonable” amount the royalties it charged for its technology.

In September 2007 it lost that appeal and in February 2008 was fined €899m for failing to comply with the original sanctions. The only company in more than 50 years of EU competition policy to be penalised for failing to comply with an order, it argued in court that the fine was ‘unfair’ because the regulator had failed to give it sufficient guidance to avoid the fine. The company also questioned the validity of the EU’s assessment reports prepared by a trustee tasked with monitoring the company’s compliance with the 2004 decision because the trustee mechanism was the only part the EU court invalidated in its 2007 decision. The court ruled the regulator had been wrong to force the company to give powers to an independent trustee – in the process providing it with access to its documents, premises and software source code.

The case, T-167/08, Microsoft v. European Commission, which has now reached the EU General Court, will have wider legal ramifications, given many companies will be waiting to see whether the court deems the fine to be excessive. Equally important, the court will likely clarify the scope of the European Commission’s power. One interested party will be Intel, which was fined a record €1.06bn in May 2009 (4.15 percent of the company’s 2008 turnover) for the use of illegal rebates and other practices to squeeze out rival AMD.

Neelie Kroes – the then-Competition Commissioner – said the company had gone to great lengths to cover up its anti-competitive actions and had harmed millions of European consumers in order to maintain its dominance of the global market for the microchips. If the Microsofts of this world are seemingly prepared to duke it out with the authorities in the courts, cartels on the other hand are an entirely different breed. Here, success is measured by how long they can operate undetected.

Come quietly to the camp
The corporate landscape in Europe is littered with cartels that have proven successful over the years. Factor in the slowness of the judicial system and the obvious question to ask is whether the financial penalties eventually meted out act as a sufficient enough deterrent.

In June 2010, for example, the Commission fined 17 steel producers a total of €518m for running a cartel – headed-up by industry giant ArcelorMittal – for 18 years. The cartel, which operated in every EU member state bar the UK, Ireland and Greece, had, between 1984 and 2002, systematically fixed prices for prestressing steel, commonly used in foundations and bridges.

For its part, Luxembourg-based ArcelorMittal was fined €276.5m, including a 20 percent reduction for cooperating with the Commission’s investigation. Austrian company Voestalpine AG was hit with a €22m fine. Also involved was German-based DWK/Saarstahl, as well as firms from Spain, Portugal, Austria, Italy and Scandinavia. The cartel’s existence only came to light in 2002 when DWK/Saarstahl agreed to co-operate under an EU leniency programme – its reward being the avoidance of a fine by being first to come clean.

Aside from the fact that the first firm acknowledging the existence of a cartel will avoid a fine, there were (and are) a number of inducements available under the leniency programme to other transgressors. Reductions for subsequent firms are applied on a sliding scale, the rate determined by the company’s level of cooperation with the Commission and the timing of that cooperation. The success of the leniency policy cannot be understated, given that the fines usually encourage firms to ‘out’ themselves before their fellow cartel members do, as it will save them money in the long run.

For that reason most cartel investigations nowadays are started with the leniency policy already in operation. Documents in the steel producers case showed the cartel had held more than 500 meetings over the years, where it exchanged sensitive commercial information, as well as fixing quotas, prices and allocating clients.

In for a penny, in for a pound
Elsewhere, a 30-company cartel of copper fittings producers – operating between 1988 and 2004 – was fined €314.76m in September 2010 for price fixing. Copper fittings, including copper alloy fittings, are commonly used in the plumbing, heating and sanitation industries. The 11 groups to which these companies belonged were Aalberts (Netherlands), IMI (UK), Delta (UK), Advanced Fluid Connections (UK), Legris (France), Frabo (Italy), Mueller (USA), Tomkins (UK), Flowflex (UK), Viegener (Germany) and Sanha Kaimer (Germany).

Like the steel producers cartel, the companies fixed prices, discounts and rebates, agreed on mechanisms to coordinate price increases, allocated customers and exchanged commercially important and confidential information. Four of these groups – Aalberts, Delta, Advanced Fluid Connections and Legris – had their fines increased by 60 percent because they continued their illegal arrangements after the Commission’s initial inspections. Advanced Fluid Connections’ fine was subsequently increased by a further 50 percent for providing the Commission with misleading information.

Mueller received full immunity from any fines under the leniency programme, having originally blown the whistle on the cartel back in January 2001. The largest fine (€100.80m) was handed out to Aalberts – Viegener, IMI and Legris being hit with fines of €54.29m, €48.30m and €46.80m respectively. As far back as 1988, hand-written notes showed the UK competitors had increased prices based on a specific coded figure for each company. The competitors agreed to implement the price increase “following the same procedure as last time”.

Time to get tough
In 1991, several hand-written notes recorded the new price lists the competitors had agreed on for Germany, Spain, Italy, France, Greece, the UK, Portugal and Sweden, and indicated the planned order in which those price hikes would be implemented. On January 26, 2001, competitors met in Paris to discuss the state of play of price increases, country-by-country, company-by-company. Hand-written notes indicated the price increase competitors planned together had been achieved in France, was still ongoing in Germany and was delayed in Spain. The competitors also discussed a new price structure and price level for the UK.

Finally, the companies took care to explain that the collusive meetings would continue, despite the fact that Delta (now Advanced Fluid Connections) was to be sold to another company. Unlike mergers and acquisitions, whose outcomes and impacts on the public good – either in individual markets or Europe-wide – can be determined relatively quickly from a legal standpoint, cartels pose more of a threat as their actions are subterranean and the consequences not always clear.

Key to diminishing this threat is having the necessary political will to toughen up legislation that will discourage companies financially from setting up cartels in the first place, providing more resources to investigate possible cartels and making the legal system more efficient. In a European Union where the players may not necessarily be singing from the same hymn sheet it could be a tough ask.