Despite a lack of opportunities in a male-dominated corporate world, there are a number of high-profile female business leaders making an impact on the global stage 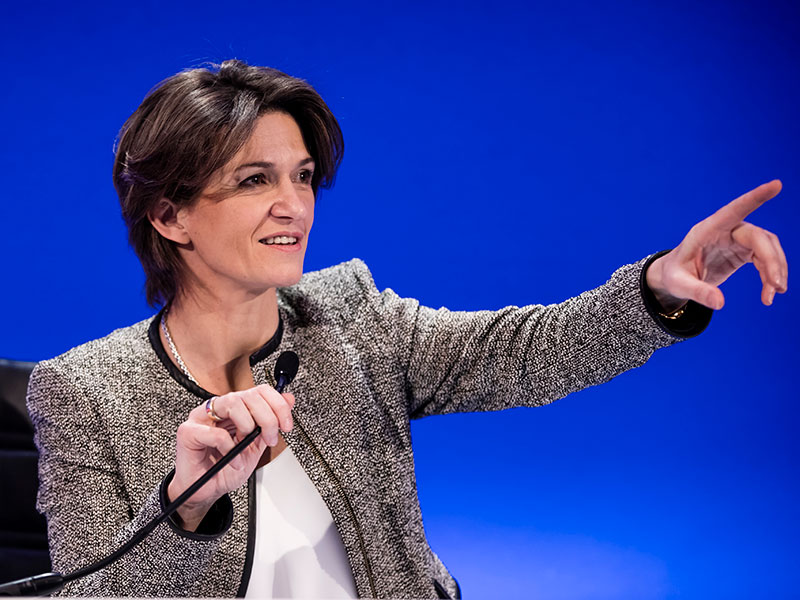 Although the future of the entire energy industry is uncertain, Isabelle Kocher’s strong leadership means Engie is in safe hands
Management

There is a growing body of research showing companies that embrace greater diversity achieve better results. Unfortunately, this hasn’t resulted in a sudden closing of the gender gap – especially at the highest level.

In 2017, just 26 S&P 500 organisations had a female CEO in place, and women made up just 21 percent of boardroom positions across the same companies.

Despite this, a number of trailblazers are making an impact. In honour of International Women’s Day, European CEO looks at five female business strategists making waves in boardrooms around the world.

Sylvia Ann Hewlett
Sylvia Ann Hewlett is an economist, speaker and consultant, as well as being a businesswoman in her own right. In her role as founder and CEO of the Centre for Work-Life Policy, Hewlett has long championed the importance of greater diversity in the workplace.

Despite talks on emotive issues like the gender pay gap, her style relies on hard facts, data, robust analysis and practical solutions. Hewlett understands businesses are more likely to change in pursuit of financial success than ethical approval.

It is not just Hewlett’s in-depth knowledge that makes her such a great business strategist. Her passion is equally important – if not more so – to ensuring the companies she works with achieve their potential. This comes across not only in her lectures and consultancy work but also through her many books and articles.

Ana Patricia Botín
Despite being the fourth generation of her family to hold the position of Chairman at the Santander Group, Ana Patricia Botín is more than happy to break the mould. Unlike her predecessor – her father, Emilio – Botín is happy to take a cautious approach to leadership, particularly when it comes to acquisitions.

Moreover, Botín is known for her hardball approach and has walked away from a deal on more than one occasion when it isn’t right for her or the company. She has a more international approach than previous bank chiefs and has set about diversifying the boardroom in order to gain a better understanding of markets outside of her native Spain.

Botín’s role in creating Alastria, the first multi-sector, blockchain-based platform, is a clear sign of her forward-thinking approach to new technologies. With Ana Patricia Botín at the helm, Santander is becoming known as a bank that is willing to do things differently.

Sofie Lindblom
For many young, aspiring business professionals, being named Spotify’s Global Innovation Manager would represent the pinnacle of their career. For Sofie Lindblom, it was just the beginning.

In 2016, Lindblom left her position to co-found ideation360, a company that aims to help businesses fulfil their innovation ambitions using modern methods. Through the use of data, a cloud-based idea management platform and a global network of experts, ideation360 turns ideas into action.

Lindblom’s dedication to improving diversity in the workplace – particularly in STEM industries – and her commitment to new ways of working have seen her named as one of the most influential women in business today.

Mary Barra
After becoming the first female CEO of a major automobile firm in 2014, Mary Barra has gone from strength to strength. The General Motors (GM) CEO has topped Fortune’s Most Powerful Women list for the past three years, overseen record-breaking pre-tax profits and set about selling off lossmaking divisions.

Under Mary Barra’s leadership, General Motors does not simply recognise past mistakes: it uses them as learning experiences for the future

In reshaping the company, Barra has identified emerging technology as a key focus area. Impressive sales of the company’s Chevrolet Volt, for example, have shown that GM is ready to play a prominent role in the electric vehicle market.

Barra has also demonstrated a steely resolve in the face of adversity. Shortly after taking on the role of CEO, GM was hit by an international scandal relating to a faulty ignition switch that resulted in 124 deaths.

Crucially, Barra realised a company must accept its mistakes. Immediately, she instigated an internal probe and revamped the company culture to prevent similar levels of negligence from occurring again.

Under Barra’s leadership, GM does not simply recognise past mistakes: it uses them as learning experiences for the future.

Isabelle Kocher
When Isabelle Kocher accepted the role of CEO at Engie back in 2016, she knew she was taking over a company in crisis. Engie had posted a net loss of €4.6bn the previous year and was struggling to react to the fundamental shifts occurring within the energy sector.

Kocher wasted little time before putting Engie on a path to recovery. In her first announcement following her appointment as CEO, Kocher introduced a new three-year plan, focusing on divesting non-strategic assets and bolstering support for renewables.

So far, Engie is on track to meet Kocher’s aims and global markets are in support of her actions. Although the future of the entire energy industry is uncertain, Kocher’s strong leadership means Engie is in safe hands.