CEO tenures are getting shorter and turnover is at record levels. Carefully considered succession planning will be essential as businesses adjust to the loss of their leaders 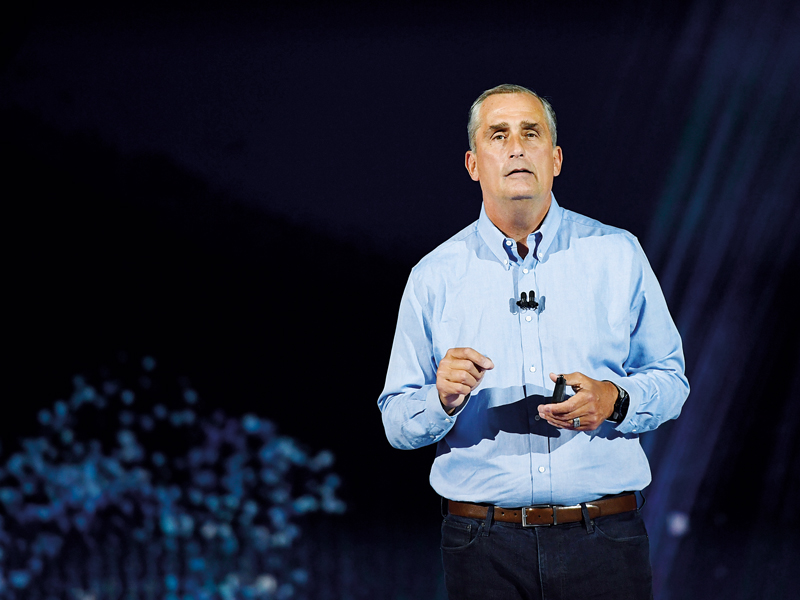 C-suite executives are leaving their jobs at record rates. Globally, turnover among CEOs at the world’s 2,500 largest corporations reached 17.5 percent in 2018, the highest in at least 18 years, according to the 2018 CEO Success study by Strategy&.

In the western world, the trend is more acute. According to the same report, turnover in Western Europe was 19.8 percent, up 5.3 percent on last year. In North America, 2018’s 14.7 percent was more in line with overall trends (the 10-year average is 13.6 percent), but the third quarter of 2019 saw the highest quarterly total of CEO departures in the last 10 years, according to a new report by Challenger, Gray & Christmas. Between July and September this year, a record 434 chief executives left their posts in the US.

The timing of a CEO’s departure plays a key role for both the executive and company, but getting a succession plan in place is even more important

Lapse in judgement
In 2000, a CEO could expect to remain in the top job for at least eight years, but in the past decade, this figure has steadily fallen to an average of five years. Although the reasons for this decline vary, one trend to emerge in 2018’s departures was an uptick in CEO turnover caused by ethical lapses – a catch-all term for scandal or improper conduct. For the first time in the history of Strategy&’s study, more CEOs were removed for ethical lapses (39 percent) than for financial performance or board struggles (35 percent).

“Ethical lapses do not necessarily mean that a CEO has done something wrong,” explained Per-Ola Karlsson, one of the authors of the study. “But something wrong has happened in the company which has led to the CEO being asked to leave.” It’s not that CEOs are behaving any worse than their predecessors, but there has been a shift in company culture and standards of behaviour. “This trend will continue to present itself in the workplace, according to my predictions,” Karlsson added. “Companies are now operating in a zero-tolerance world and things cannot be hidden.”

It is worth pointing out, however, that campaigns like the #MeToo movement do not paint CEOs as saints in the C-suite. By mid-2018, 414 high-profile executives had been ousted by the #MeToo movement, Time reported, including Brian Krzanich, who resigned from his position as Intel CEO in 2018 after revelations of a relationship with an employee, and Les Moonves, ex-CBS CEO, who stepped down following allegations of sexual misconduct.

Uneasy lies the head that wears the crown
Since 2016, when only 18 CEOs departed as a result of ethical lapses, cultural changes have swept through the boardrooms of the world’s biggest companies. This is not to suggest, however, that all CEOs are falling by the wayside: a coveted minority of chief executives are surviving for almost three times as long as the average CEO. According to the Strategy& study, 19 percent of all CEOs remain at the helm for at least 10 years, with a median tenure of 14 years. Typically, these long-serving CEOs are either founders or visionaries who have made a significant imprint on the company.

There are countless examples of CEOs holding onto their positions well beyond their use-by date. One pertinent example is Steve Ells, the founder and former CEO of Chipotle Mexican Grill. He turned the fledgling Mexican diner into a multinational company worth in excess of $20bn (€18.46bn), but a series of mishaps and strategic errors resulted in a dip in share price: in 2017, shares fell in value by more than 22 percent. Shortly thereafter, Ells stepped down. Compare this with BP CEO Bob Dudley, who will retire in 2020 after 10 years in the role. Dudley successfully guided BP past potential bankruptcy in the aftermath of the Deepwater Horizon oil spill, and company shares have risen 23 percent under his leadership. His timely exit from the firm will only serve to burnish his credentials as an effective CEO.

The timing of a CEO’s departure plays a key role for both the executive and company, but getting a succession plan in place is even more important. It can be difficult for newcomers filling the shoes of ‘superstars’, according to Jeffrey Fox, a consultant and author of How to Become a CEO. “CEOs who follow a superstar often cannot dramatically improve on past good results,” Fox told European CEO. “If they try to initiate new strategies or changes, the culture of his or her predecessor will silently kill those changes and the CEO fails.” On the other hand, CEOs who replace failing execs are more likely to succeed, Fox argues. Good leadership or good luck?
While the contribution of CEOs is important, they are also victims of circumstance – and luck. Various estimates have been placed on the contribution of a CEO to a company, with one Harvard Business School study estimating that it is between two and 22 percent depending on the industry. Such low numbers suggest the global environment in which a CEO of a multinational corporation finds themself is highly important.

The rapid changes seen in technology, the economy and trade create challenging conditions for CEOs. This is best exemplified by the 2019 Forbes Global CEO Conference, which led with the theme ‘transcending the turbulence’. “CEOs today have a huge amount to respond to,” said Sonya Shelton, CEO of Executive Leadership Consulting. “We are seeing across the board how investors, shareholders and customers want to see if CEOs can deal with the turbulence competently.”

In spite of turbulence, or perhaps because of it, company boards are actually more inclined to stand with their CEOs. “Boards are understanding of the macroeconomic environment,” Karlsson said. “They don’t put that on the back of the CEO and say, ‘You should have fixed it.’”

“Listening is the most important part,” Shelton told European CEO. “You need to feel a company’s pulse before you can begin strategising.” Shelton’s advice to new CEOs may sound banal, but she struggles to understand why many ignore it. By and large, CEOs may be headstrong, but they must take the time to see what is occurring at the ground level of a company before implementing wholesale changes. Only then can they create a clear vision for the company’s future and ensure they stick around long enough to fulfil it.