Toyota's management system is taught widely in business schools and revered by companies worldwide. What makes it special? 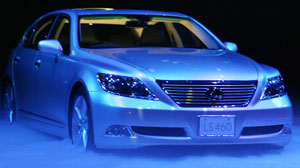 The management systems and internal strategies used by the Toyota Motor Corporation have become the standard against which many other motor manufacturers – and indeed many other corporations of all kinds – measure themselves.

The system had its origins early in the 20th century, even before the company was born. At the time, Sakichi Toyoda studied the flow of work processes to improve automation in his textile factory. When the company switched to car production in 1934, his son, Kiichiro Toyoda, further refined the processes his father had taught him, and this is where the concept of Just-in-Time – which is key to the Toyota system – was most probably born.

Taiichi Ohno, an engineer at Toyota, is widely credited as being the man who brought the different systems and processes together. Under his guidance, the famous Toyota Production System (TPS) was developed, a system which has allowed Toyota to remain an industry leader to the present day.

The Toyota production system
The goals of the TPS are to design out inconsistency and overburden and to eliminate waste, including overproduction, time spent waiting, and waste involving transportation, processing, stock at hand, movement, and the manufacture of defective products.

While a key outcome of the TPS is low inventory levels, working intelligently and eliminating waste are also important elements. Many US companies have tried to imitate the system without understanding the underlying principles, which has led to failure.

Teamwork: This is a very important component of the TPS. To achieve this, personal and professional growth is encouraged to maximise the performance of the individual and the group.

Respect: Employees are encouraged to respect and understand each other, build mutual trust, and take responsibility.

Continuous improvement
Genchi Genbutsu: To make the appropriate decisions, you must go to the source of the problem.

Kaizen: Strive for continuous improvement of business operations, drive for evolution and innovation.

Challenge: Underlines the importance of having a long-term vision and of meeting challenges with creativity and courage.

External observers have added the following elements to this to better understand the Toyota system: having a long-term philosophy; using the right process to achieve the right result; adding value through the development of people, including workers and business partners; thoroughly studying the root cause of a problem and reaching a solution through consensus.

The TPS has been, perhaps somewhat inappropriately, compared to someone trying to squeeze water from a dry towel. This comparison does, however, clearly illustrate the stress the system places on waste elimination.  Waste in this sense refers to much more than material waste; it includes manpower, time, and transport – in short anything that does not add to the productive effort.
Successes

Using the TPS has enabled Toyota to achieve remarkable reductions in cost and lead time, while simultaneously improving quality.  This, more than anything else, has enabled the company to become the world’s largest car producer.

While the Japanese earthquake and subsequent tsunami, and the recent floods in Thailand, severely damaged Toyota’s production facilities and disrupted operations, the company was able to bounce back relatively quickly.  It can be argued that the Toyota Production System played a major role in this rapid recovery.