The ultimate experts in branding

Your brands are more than logos and products; they are the embodiment of your business amongst its customers and the focal point around which their opinions form 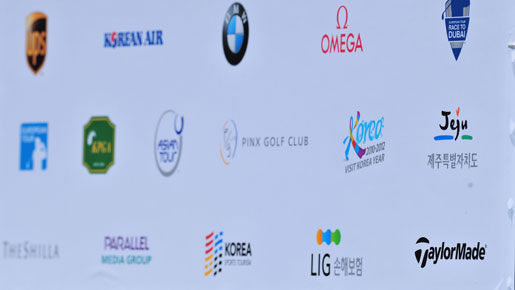 A brand is a living thing that needs constant nurturing to ensure healthy growth. The Disney brand for example is far more recognisable than its logo. They have built a reputation of making ëdreams come trueí for their audiences. Disney is known globally as a family orientated company based on good wholesome values. This has been the pinnacle point of how the brand has evolved over time.

Be crystal clear who your consumer or customer is and what you do for them better than anyone else can. These two things make for the essential promise of your brand: understand it, and stick to it. Mini is a great example of this. Through decades (and changes in ownership) it has stayed in touch with it urban, forward thinking audience and catered for their desire to have some fun when they drive. Carlsberg have made clear their target consumer as being young to middle aged men. They have done this through their advertising campaigns “probably the best in the world”. The adverts feature the possible best scenario for a situation, and then return this idea back to their product. Carlsberg is one of the nationís highest selling lagers amongst their target audience. They donít try to be something theyíre not. They know who they are and what their customers want.

Identify the most effective way to communicate this promise. Advertising is one way but there are many others. If budgets are tight be focussed in your approach and creative in your thinking. Smart PR can be a cost-effective way to get exposure, and to generate word-of-mouth amongst consumers (just ask the founders of Innocent). Innocent used minimal advertising during the companyís beginnings with their view that, if you build a good brand they will come. Using off the wall ideas in the early years such as a mini-bus going around London offering people free lifts. This was a cheap, effective way of getting their product recognised. Their tongue in cheek advice used on their bottles has helped the brand keep in touch with their customers and have some fun along the way.

Socrates said: “The way to gain a good reputation is to endeavour to be what you desire to appear.” These days, it’s never been more important to walk the walk, as well as talk the talk. Donít just say what you do ñ do what you say. Nike is the most obvious with their constant commitment to creating the best in the sporting goods. Nike has shown to be keeping in line with what their customers want by the implementation of customisation to their products. Their efforts to constantly improve the way in which they operate have been applauded, and as a result have pushed the brand forward.

Wherever possible take a distinctive stance in the market in which you operate ñ occupying the middle ground only leaves you open to attack from more angles. Dove went down the “real beauty” route that clearly differentiated them in specific markets and built a billion dollar brand. The challenge is how to reflect the message to local culture. Doveís attitude towards their products has separated them from other beauty manufacturers, all of which seem to take the same stance. This is why Dove has managed to stand out as a leader in this market and develop a brand that has a reputation for excellence amongst its competitors.

Never stop expanding your knowledge of your customer – but don’t expect answers from them, only clues. More and more 1HQ undertakes ëreal worldí or ethnographic research projects on behalf of its clients, learning by observing consumers as they go about their daily lives, rather than by asking them for their opinions in focus groups.

Remember there will always be an emotional, sometimes irrational component in a customersí relationship with your brand. It canít always be controlled, but if understood it can be influenced. Consumers have now become citizens and with multiple channels of communication have the power to influence brands both positively and negatively.

Toyota is a case in point on how a brandís equity can be destroyed over night. Crisis management is totally under the microscope. Even if a brand is under scrutiny it does not mean that it is a complete write off. Everyone remembers the Tylenol fiasco, where people died from the product being tampered with cyanide which nearly sparked the end of the company. After the introduction of tamper-proof bottles restored faith in the company, it actually proved beneficial as its sales revenue went through the roof.

Change is inevitable if your brand is going to stay contemporary and relevant, but donít be tempted to abandon founding principles in favour of the latest trend. 1HQ recently gave McDougallís a new identity and packaging – but the brief focussed on the same core promise that has been at the heart of the brand since it first appeared in 1864: inspiring and helping people to experience the pleasure of home-baking. Brands also need to work out how to refresh and engage with the target consumer and their appetite for entertainment. McDonalds continue to surprise the market against all diversity. A localised experience with the best possible ingredients. They have embraced the notion of healthier eating with open arms. Their introduction of salads and fruit pouches for kids has helped them to continue to flourish in todayís health orientated world.

With times still tough, and budgets still tight, focus is essential. Often we spend too much time coming up with answers, and not enough on ensuring weíve got the right question. Whatís the one hard question your brand is facing this year? Kraft, since their takeover of Cadburys, will have to be asking some very hard questions. They will need to be asking themselves how will they maintain the Cadbury brand, which has been built up to the highest of standards and how will they keep it fundamentally British. Questions such as these are fundamental to global marketing and finding the right answers is what keeps brands that do it right, firmly in the spotlight.