It could be described as the worst time to run an airline of any sort, let alone a fleet of private jets. VistaJet however, are proving that high standards prove resilient to pressure 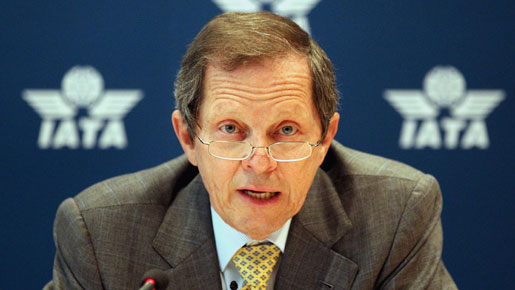 Most commercial airlines have struggled to limit their losses in the financial crisis. As IATA chief Giovanni Bisignani noted ruefully in November, “there have been many fires to fight” and the industry is “struggling for financial sustainability.”

It’s not been much better in the high-end sector of aviation. Berkshire Hathaway-owned Netjets, the giant of the industry with an 800-aircraft fleet, has “bled over $500m” during the first nine months of 2009 with many planes idle, according to one analyst. And Jet Republic, which had a $1.5bn order with Bombardier for 110 Learjet 60XR mid-size jets, crashed and burned in August 2009 a few short months after taking off.

Yet in the middle of the turbulence Switzerland-based VistaJet continues to grow revenues – up by over 20 percent in the first nine months of 2009 – as well as the size of its fleet. By the end of 2010, VistaJet will have taken delivery of several new aircraft from Bombardier, bringing its fleet up to 25. While founder and sole owner Thomas Flohr isn’t claiming it’s all been blue skies, he remains highly optimistic about VistaJet’s flight path.

“The private business aviation market has contracted by 15 percent largely due to the global economic slowdown,” he points out. “But we have a different business model and we believe that’s working for us,” adds chief commercial officer Scott Plumb: “Like just about every other business, we have not escaped the world-wide recession but our revenue continues to rise year on year. We’re flying more hours and signing up new customers, some for three to five-year contracts. Our market is ultra high net worth individuals and they don’t want to give up flying private but they do want value for money.”

VistaJet’s secret? It may be that it’s not your normal fractional-jet business model. With offices in Salzburg, Dubai, Kuala Lumpur, Hong Kong and Farnborough in the UK, VistaJet takes a different approach by offering an unusual level of flexibility for clients and a transparent portfolio of charges. There’s a tailored Program package or an On Demand package or a combination of both, whatever the customer wants. And if inclined, clients can even buy a VistaJet aircraft and have it managed by VistaJet on their behalf, trading the hours that VistaJet will use it for other customers for very low occupied hourly rates for the owner.

Effectively, VistaJet’s customers pay for their aircraft on just two counts: the distance travelled and the type of aircraft they travel in. The company doesn’t charge the usual “positioning” costs for getting the aircraft to the passenger and nor does it lock its clients into rigid arrangements. For instance, if a customer cannot use all the contracted hours in one year, those hours can be rolled forward to the following year.

The all-Bombardier fleet comprises some of the most fabled private jets – Learjet 40 and 60XRs, Challenger 605s and 850s, and the ocean-hopping Global Express XRS. And all are identically furbished to the same level of luxury and livery. “We’re looking for people who want VistaJet to be their private aviation company,” summarises Plumb.

Yet safety comes first. In 2009, the VistaJet fleet achieved the highest-possible rating in the exhaustive, industry-leading Arg/US audits.

Flohr, an IT entrepreneur, established the airline in 2003 almost by accident. A frequent user of private aircraft through various service providers, he ended up buying an aircraft for himself and handing it over to a flight management company to hire out when he wasn’t on board. Having analysed what he regarded as inconsistencies in pricing and service levels in the charter and fractional-jet sector, he adopted essentially the current business model.

Unfortunately, it was so successful the aircraft was hardly ever out of the air and Flohr had trouble grabbing a flight on his own plane. The purchase of a second plane followed, with the same result. At that point the Swiss-born entrepreneur decided he had a business.

And now? Flohr sees big opportunities in the Middle East where there’s a swing away from wholly-owned aircraft. The sky could be the limit.