With a smattering of scandals in the run-up, Russia’s Winter Olympics saw western media arrive with their minds made up, while Russian journalists gushed praise for Putin 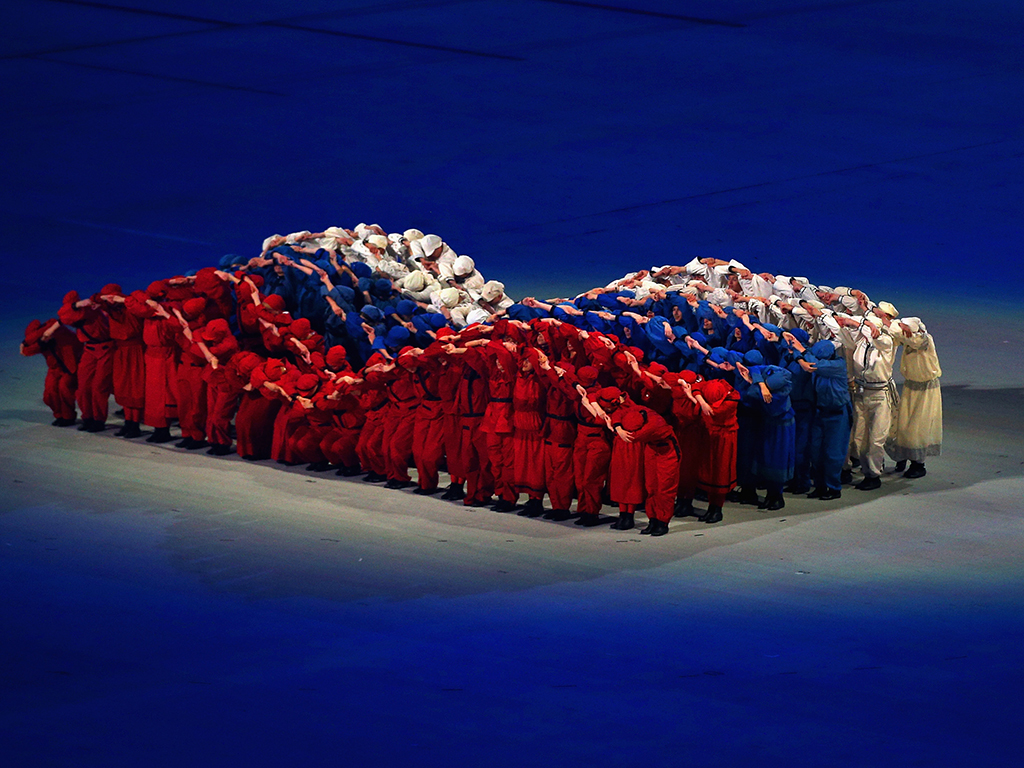 Performers create a Russian flag during the opening ceremony in Sochi. The 2014 Sochi Winter Olympics drew much negative attention from western journalists, who openly criticised Russia's hosting of the games as well as Putin's politics - or, as some would say, his propaganda
Management

Trumpeted by Russia as the sign that it was back on the international stage and ready to welcome the world – or at least winter sport enthusiasts – the Sochi Winter Olympics in February was met with cynicism by the global press. Even before they had arrived, journalists from across the world were writing lengthy articles about the spiralling costs of the games, the apparent corruption in awarding the contracts, the unfinished venues, and the controversial statements about homosexuality from President Vladimir Putin.

Dissenting voices included the Los Angeles Times’ Bill Plachske, who wrote: “The strong-armed dream of Russian President Vladimir Putin has thus far succeeded not in embellishing the Olympic motto, but altering it, from ‘swifter, higher, stronger’ to, ‘unfinished, unsettling and uninviting.’”

Once the global journalists arrived, they were met by the horrors of their unfinished hotels

The Economist was sceptical about how well Russia could deliver, describing it as a massive gamble on Putin’s part, and saying it reflected modern Russia as a whole.

“This grand enterprise, the largest construction project in Russia’s post-Soviet history, is also a microcosm of Russian corruption, inefficiencies, excesses of wealth and disregard for ordinary citizens. The Olympics are widely seen as an extravagant caprice of Russia’s rulers, especially its flamboyantly macho president, rather than a common national effort.

“The cost of the games has more than quadrupled since 2007, making them, at $50bn, the most expensive in history. One member of the International Olympic Committee thinks about a third of that money has been stolen. Russia’s opposition leaders say the figure is much higher.”

Citing the recent protests over Putin’s attitude towards homosexuals, it said they might be used to the advantage of his powerful rivals.

“The risk for the Kremlin is not mass protests, but the exploitation of this discontent by the elites for their own political and economic ends, just as their predecessors did at the end of the Soviet era. Mr Putin’s idea of centralised ‘vertical power’ is popular with regional governors when money flows down from the top; less so when Moscow tries to extract money from them and leaves them with discontented populations and welfare burdens they cannot support. At this point, the idea of centralisation starts to lose its appeal and it is every local baron for himself.”

State propaganda
Meanwhile, domestic Russian media outlets were excitedly talking of the games as a symbol of Russia’s strength, of its modernity, and another example of Putin coming out on top.

Aleksander Lenin wrote in (the predictably state-owned) Rossiyskaya Gazeta: “It has become a usual practice for the Russian president to win contests like this.”

Lenin goes on to – somewhat ludicrously – describe Putin’s supposedly positive personal characteristics as the reason for his success. “Experts have repeatedly said that not so much image-makers as the Russian president’s personal qualities help him achieve effective results. This is, first of all, charm, wit and even brutality, which is often necessary for the job of a politician.”

Another writer fancifully compared Putin to the title character of Gulliver’s Travels. “People see that very awakened Russian Gulliver in Putin and fear it. No illusions are needed: generally speaking, Russia will not elicit any other associations in Europe for the next 100 years. We are doomed to be Gulliver in Europe’s eyes either securely tied and tamed, or having his shoulders set back and being capable of bringing enemy ships to a foreign harbour. So it is good if the Russian leader prefers the second image to the first one.”

#sochiproblems
Once the global journalists arrived, they were met by the horrors of their unfinished hotels. Some stories spoke of no running water (sometimes replaced by mysterious brown sludge), doors falling down, and missing curtains. Such was the wave of stories that a dedicated Twitter hashtag, #sochiproblems, took off.

Russia’s Deputy Prime Minister, Dmitry Kozak, gave an alarming response to the stories. He told the Wall Street Journal: “We have surveillance video from the hotels that shows people turn on the shower, direct the nozzle at the wall and then leave the room for the whole day.” Kozak later denied talking about the creepy surveillance, but it certainly gave the western press yet more anti-Russia ammunition.

In the end, the games proved more successful than people had expected. Spectators in Sochi and watching back home seemed gripped by the events, while there were no major terrorist incidents that many western journalists had predicted. Russian athletes performed better than the rest, coming top in the medals table with 33. The Guardian reviewed the closing ceremony as “triumphant”, having an atmosphere of “pure celebration”.

Unfortunately, the games were somewhat overshadowed by the rapidly unfolding situation in neighbouring Ukraine. The western media’s warming to Russia swiftly returned to condemnation.