What can we expect from the World Economic Forum in 2015?

In January, thousands of the world’s most powerful figures will gather at the picturesque resort of Davos to discuss the most pressing global issues. Lizzie Meager looks at what can be expected from 2015’s summit 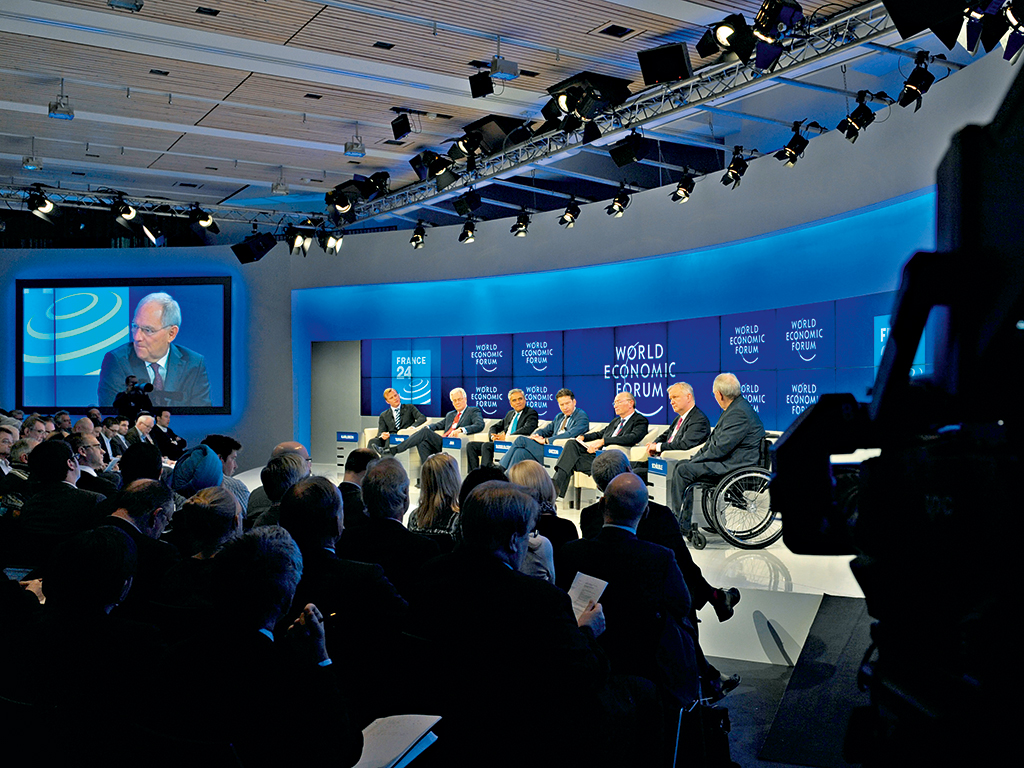 It’s the event of the year. From January 21-24, over 2,500 of the world’s most influential figures from business, politics, academia and the arts will gather in the mile-high alpine resort of Davos to address the world’s most pressing concerns in a variety of workshops, panels and conferences.

From the private sector

Founded in 1971 by professor and economist Klaus Schwab, the initial concept for the World Economic Forum (WEF) was to bring together global leaders to discuss how the state of the world could be improved. In its 44 years, almost everything about the conference has grown, including the controversy surrounding it. Philanthropy has been on the rise for some time now, glamourised somewhat by the involvement of high-profile celebrities in charity and humanitarian work. If Oprah Winfrey and Bill Gates have taught us anything, it’s that helping others is in, and the list of those looking to get a finger in the WEF pie is growing. The total number of attendees, once a humble 444, stood at 2,633 in 2014.

Under fire
However, anti-globalisation protestors continue to crash the party every year, setting up camp in sub-zero temperatures for the duration of the conference. The idea that the problems of 99 percent of the world can be suitably discussed and solved by the wealthiest, most powerful one percent is a widely criticised model. The term ‘Davos man’, first coined by political scientist Samuel P Huntington, is now a universally recognised concept synonymous with those in attendance. A member of the global elite with little regard for those he allegedly represents, the Davos man views national governments as “residues from the past whose only useful function is to facilitate the elite’s global operations.” This criticism is somewhat unfair when considering the major political and social developments to have emerged from the idyllic resort over the years.

Aside from acting as host to the most important economic, political and social decision-making in the world, Davos has plenty more to offer its attendees. A world-class winter sports resort with an endless list of private parties organised by major global corporations, this is where the secondary motive for attending Davos can be put into practice: networking. Failing to receive an invitation to one of these events – the Google party is said to be most highly coveted – can instil rejection in even the hardiest attendee. In fact, the forum is reminiscent of a high school setting, down to a colour-coded lanyard system denoting the importance and therefore influence of every guest. Unofficial cliques are established early on, conversations are often halted prematurely when a higher ranked individual enters the room, and the infamous sweeping up-down look is standard Davos protocol.

This year, an invitation carries a minimum $71,000 price tag, but even that, according to musician Bono, won’t deter “the fat cats from playing in the snow”. Mark Spelman, MD at Accenture Strategy, told World Finance: “From a very corporate point of view, we would have at Davos something like 70 executives and C-level players from different companies. That’s almost impossible to replicate anywhere else in that period of time. So there’s real value for a corporation like ours to have that number of meetings.”

Last time
2014’s theme was ‘The reshaping of the world: the consequences for society, politics and business’, which founder Schwab claimed “speaks to the need for leaders to fundamentally reassess how the tectonic plates of the world are shifting against each other, so they can predict and respond more effectively to the earthquakes that we know are coming.” Notable attendees included Hassan Rouhani, the first Iranian president at the forum in 10 years, Marissa Mayer, and Christine Lagarde, plus regulars David Cameron, Bill Gates and Bono.

There was a heavy focus on health and wellbeing, which is expected to grow with each year, and many mindfulness meditation sessions featured on the programme, including one hosted by actress Goldie Hawn. However the conference was last year dominated by the technology sector, with many sessions spent discussing whether advances in technology would lead to a loss of jobs. Google’s Chief Executive Eric Schmidt surprised the audience by agreeing that whilst technological advancements are a positive development on a larger scale, they will ultimately result in job cuts.

Growing tensions between China and Japan were also at the forefront of discussion, with Japanese Prime Minister Shinzo Abe chillingly comparing the relationship between the two with that of Britain and Germany in the lead-up to WWI.

This year
2015’s theme aims to “reflect the period of profound political, economic, social and technological change that the world has entered, which has the potential to end the era of economic integration and international partnership that began in 1989”, according to the WEF. Ebola is likely to take centre stage at many sessions, along with the usual suspects: oil, nuclear weapons and climate change. 2014 has been plagued by conflict and the global threat this discord poses will be discussed at length. This will cover the growing presence of organisations like Isis, as well as the Israeli-Palestinian war in Gaza. Also likely to be touched upon are Russia and Ukraine, who remain at loggerheads, and Nigerian militant group Boko Haram.

According to an executive summary posted by the WEF, key areas of focus will be addressing deepening geopolitical fault lines, the normalisation of monetary policy through the reduction of quantitative easing and a rise in interest rates, and the continuing erosion of trust in public and private sector institutions. Also mentioned are the generational shift from societies sharing common values to those that are primarily interest-driven, the related rise of sectarianism, populism and nationalism, and the difficulty faced in improving governance of ‘critical global commons’ – natural resources and cyberspace in particular.

Whatever your view on the Davos man, 2,500 of the world’s most powerful people all in one place simply cannot be ignored. The power they pose as a group is unfathomable, and the ideas, solutions and concepts likely to emerge from such an occasion will be eagerly anticipated by many.