CEO of the year

Chief Executive Officers must guide their companies through the good times and the bad. After three years of financial hardship and no sign of significant improvement in the financial climate, strong leadership is required now more than ever 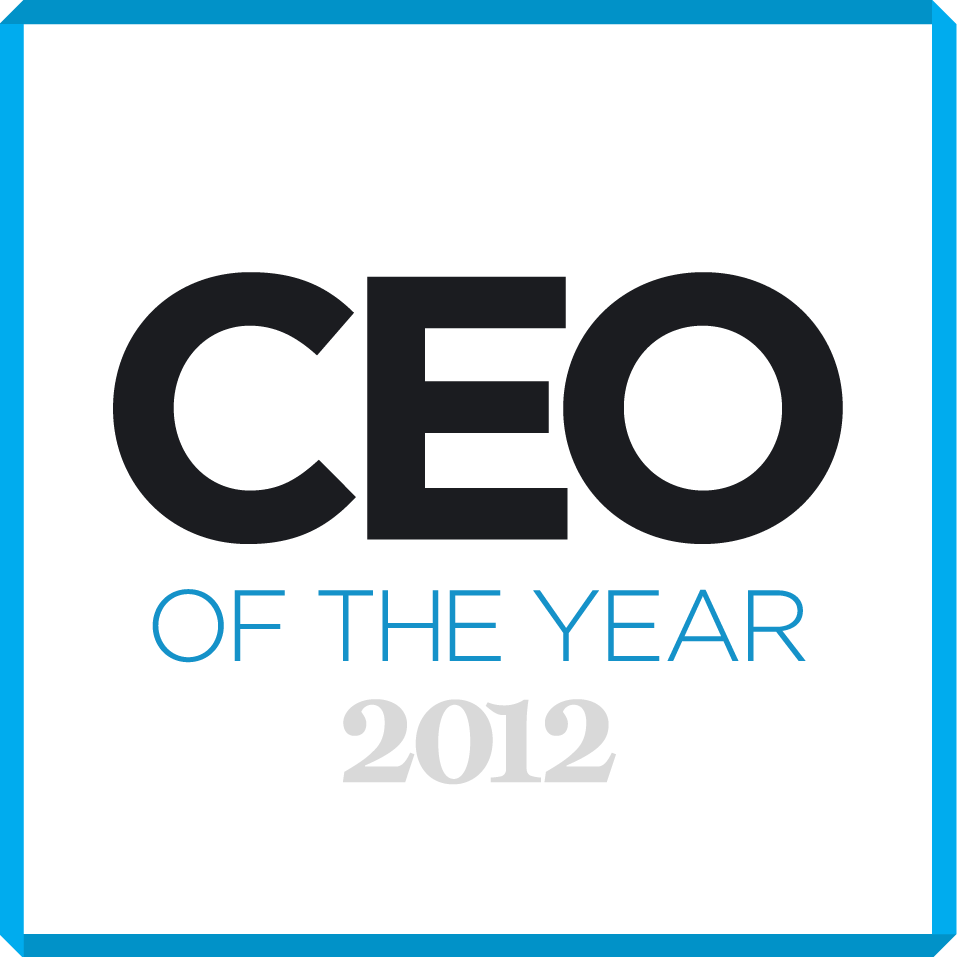 The financial crisis, with its protracted aftermath, tested the mettle of the worldís business leaders during 2011. Still under siege from the multitude of challenges unleashed in October 2008, they also had to deal with a variety of broader issues that went far beyond revenues and profits. These range from reputational damage, the redefinition of capitalism, and mounting obligations to society through, for instance, environmental protection.

In times of uncertainty, great chief executives must strike a balance between seizing opportunities and exposing the company to excessive risk. Examples abound of those who thought they were achieving the former but ended up doing the latter. Here, weíve selected those CEOs from around the globe that we believe to have performed to the best of their abilities, in the European CEO Global CEO of the Year Awards, 2012.

At the very least, shareholders expect a chief executive to steady the ship. As Tom Peters, the American authority on management, puts it: ìIn a time of crisis the worst you can do is do nothing. Taking decisions is vital and the more innovative the decision, the better. The late Peter Drucker, inventor of management theory, put it similarly: ìIn times of uncertainty, flexibility and the ability to adapt to the new environment is the key.

True to these words, the vicissitudes of 2011 sky-high commodity prices, currency crises, falling consumer markets in the Western world, rising unemployment in several of the major economies, geopolitical uncertainty in entire regions because of the collapse of dictatorships have revealed exactly which chief executives are up for the job. In short, they had to be the right person in the right place at the right time.

Corporate social responsibility
For Ken Kobayashi, president and chief executive of the giant Mitsubishi Corporation (with pre-tax profits of $6.86bn), it’s vital to have a star to steer by. Or, in his case, three stars. Having taken the helm in 2010 during the downturn, Kobayashi runs Mitsubishi under the banner of corporate sustainable value. In practical terms, that means  the conglomerate should work to restore to good health an economy further battered by the tidal wave at Fukushima. Armed with a genuine sense of mission, Kobayashi recently told an audience in the devastated northeast of the country: “[It is] vital that we play our part in stabilising the country’s economy. It is up to us to leverage our key business operations wherever possible and to make a significant contribution in this way.”

Mitsubishi’s three stars corporate responsibility to society; integrity and fairness; and global understanding through business weren’t dreamed up yesterday in the fashionable shift towards corporate social responsibility: they have been the company’s guiding lights for 40 years. Leadership
Giant global companies require a particular kind of leadership, very much personified by Siemens’ president and chief executive Peter Loscher. Just appointed to a second five-year term at the head of the Germany-based multinational – the largest electronic and engineering group in Europe – 54-year-old Loscher is only the 12th chief executive since the company was founded in 1847. Austrian-born and an economist by training, Loscher was also a star volleyball player and is fascinated by the way that great sports teams work together in a fusion of trust.

“When you’re in business, I think the underlying principle is trust. How do you establish within a team a blind trust so that each person plays for the other?” he told the New York Times. Business is about lining up a leadership team or a group of people and you rally them behind a cause or a certain direction. But the underlying strength is the trust within the team – so that you actually are no longer just playing individually at your best, but you’re also trying to understand what you can do to make the team better.

As such he takes considerable trouble in selecting his team. When first appointed, he travelled to most of the 190 countries in which Siemens operates and undertook a top-to-bottom reassessment of the top 100 positions, using classic benchmarking techniques with outside candidates, while also relying on gut instinct. “At the end of the day there must be chemistry”, he said: “A sense that this is the team I want to create with people who believe in its totality.”

With 2010-2011 revenues of €73.52bn, only slightly down on the previous year despite the downturn, and record profits forecast for the coming year, Siemens certainly appears to have a great team.

Communication
It’s long been argued that the best managers are those who are able to communicate, and to communicate trust and respect with their subordinates. With the advent of the internet and the progress it has brought with it, multinational organisations have been able to rely less on middle management, and allowed for de-layering, which brings with it a faster and more accessible way of performing work. Modern CEOs have become well-versed in technologies such as telepresence and other forms of instant communication, in order to obtain results more quickly and efficiently.

Most CEOs and top-level management types are growing increasingly aware of the opportunity available in creating greater market competitiveness by filtering the decision-making process into the hands of those lower down the chain of command. By sharing responsibility throughout the workforce, it is generally agreed – and evidence appears to back this up – that workers report a greater level of job satisfaction and, in turn, performance standards are raised.

This is, of course, partially a reaction to Generation Y workers, whose attention span for a role is said to be shorter, and whose desire for greater rewards than their predecessors is directly linked to performance. Inherent in this is the CEO’s ability to place and show as much trust in their workforce as possible.

Market awareness
It is often said that the founders of firms lose touch with the market as they grow older, but that’s not true of Ren Zhengfei, the former Chinese army officer who established and still heads Huawei, the mobile technology group most feared by Western competitors. A big believer in R&D, Zhengfei has steadily worked his way to a global player in the last 23 years by committing far more of the firm’s profits to the laboratories than do rival firms. Every year, Huawei’s scientists are given 10 percent of total revenues to work with, a sum amounting to nearly $3bn in 2010.

The result is that Zhengfei, now 67, is ready to seize fresh opportunities and Huawei is rapidly converting itself from a provider of mobile infrastructure to a manufacturer of consumer electronics. At a Milan fashion show this year, the industry was shocked to see Huawei-made smartphones and tablet computers on display. Next? Huawei is developing its own cloud technology and Zhengfei fully expects to challenge Cisco and Google in the near future.

The change of direction will also require Huawei to drop its notoriously predatory style of business. As Zhengfei himself points out: “Open cooperation is the way forward in the cloud industry. Previously, Huawei preferred to be the black widow. We bought and then dumped partners after one year’s cooperation. But now we must change. We have to be more open, more cooperative and create win-win situations.” That said, Huawei will never give up its R&D budget. Growing (and reducing) the business
An economic downturn is no time for half-measures, insists Gerard Mestrallet, the 62-year-old chief executive of GDF Suez, the French energy giant and world’s biggest public utility. He’s been spending €11bn a year for the last three years and plans to maintain that pace into 2017. As the debt crisis engulfed Europe, he told the Financial Times: “We have €22bn of liquidity, so we have no difficulty with the banks or the bond markets because of our very strong cash flow and strong financial structure. The gearing of the group is about 50 percent.”

True to his word, Mestrallet recently signed a €2.9bn strategic deal with the China Investment Corporation, which will give it access to energy exploration and production in the region. Typically far-sighted, Mestrallet describes the arrangement only as ìan attractive first milestoneî for the group.

At the same time, Mestrallet, a graduate of Franceís elite polytechnic schools (including Ecole Nationale d’Administration), an aeronautical engineer, and a company veteran who worked his way up through the ranks, is also looking to cut dead wood – or at least those branches of the firm that he considers no longer strategically important. Although GDF Suez’s gearing is conservative enough to please the bond markets, Mestrallet expects to sell off €10bn worth of assets as soon as conditions permit.

Another Frenchman with equally heavy responsibilities is Louis Gallois, the 67-year-old head of EADS group. Parent of Airbus, which has just had its most successful year, EADS is considered one of the toughest management jobs in the world. With sales of €30bn, it’s owned by governments, giant corporations such as Daimler Benz, and has huge defence businesses.

But seemingly not tough enough for Gallois. Another graduate of Ecole Nationale d’Administration, his humble management style is considered to have been a major factor in getting Airbus back on track after in-fighting led to delays in aircraft development and the abrupt resignation of his predecessor.

After steadying the ship (or aircraft), Gallois retires next year at the second attempt, probably to open the antique book shop he was planning before being headhunted to EADS. A firm believer in the French national motto of LibertÈ, ÈgalitÈ, fraternitÈ, he gives away much of his salary. When you earn a lot of money, it creates certain duties towards society, he explains.

Keeping it in the family
Many family-controlled companies are coming through the current upheavals with flying colours. Yongmaan Park, the 56-year-old fifth grandson of the founder, is chairman and chief executive of South Korean conglomerate Doosan Corporation. Famously accessible in a country where the heads of multinationals are inclined to put themselves on a pedestal, Park often invites Twitter contacts to dinner to discuss their lives and what Doosan, which he’s turned into an international giant of heavy machinery, can do to help.

But in business circles Park is best-known for an outward-looking strategy. With 117 foreign subsidiaries, he spends a third of the year abroad and holds daily conference calls with far-flung managers. It’s vital, he says, that Asian companies integrate Western cultures that are rational, systematised and individualistic.

Although Doosan ran into liquidity problems in the immediate aftermath of the downturn, it has bounced back with even greater ambitions than before. Parkís long-term aim is to land Doosan in the Fortune International 200 list by 2020.

Another successful family-dominated company is America Movil. With 55-year-old Daniel Hajj, son-in-law of Carlos Slim, the region’s richest man, at the helm for the last 12 years, it has become Latin Americaís biggest mobile phone company by far.

Although the company has experienced breakneck growth in an increasingly affluent market devoted to their mobile phones, Hajj runs a tight ship. ìAmerica Movil doesnít hire too many people or increase costs when times are good because costs then need to be decreased when we face tough times,î he said in a recent interview.

Perhaps that’s the secret of today’s business leaders. They are in good positions now because they understand that the good times are unlikely to last forever.