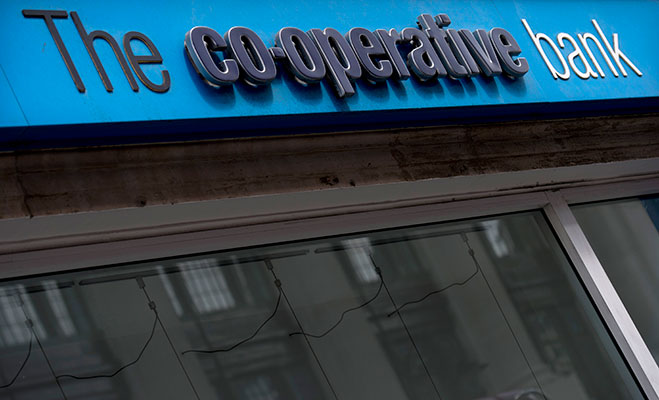 Lloyd’s has been ordered to sell its branches as part of their government bail-out agreement. The bank will receive £350m upfront for its bank branches but might be liable to receive a further £400m depending on the performance of the business over the next 15 years. Even if Co-op meets the ambitious return targets by 2027, Lloyd’s will only receive roughly half of its branches’ £1.5bn value.

The final sale to Co-op is still pending regulatory approval. The Co-op will absorb 4.8 million of Lloyd’s customers including 100,000 small businesses and will make it the UK’s sixth biggest bank.

“This is the biggest thing to happen in retail banking in a generation,” said Co-op chief executive Peter Marks. “We are a brand that people trust and that is something sadly lacking in the banking industry today.”