Gut feeling is a trader’s greatest strength, according to new research 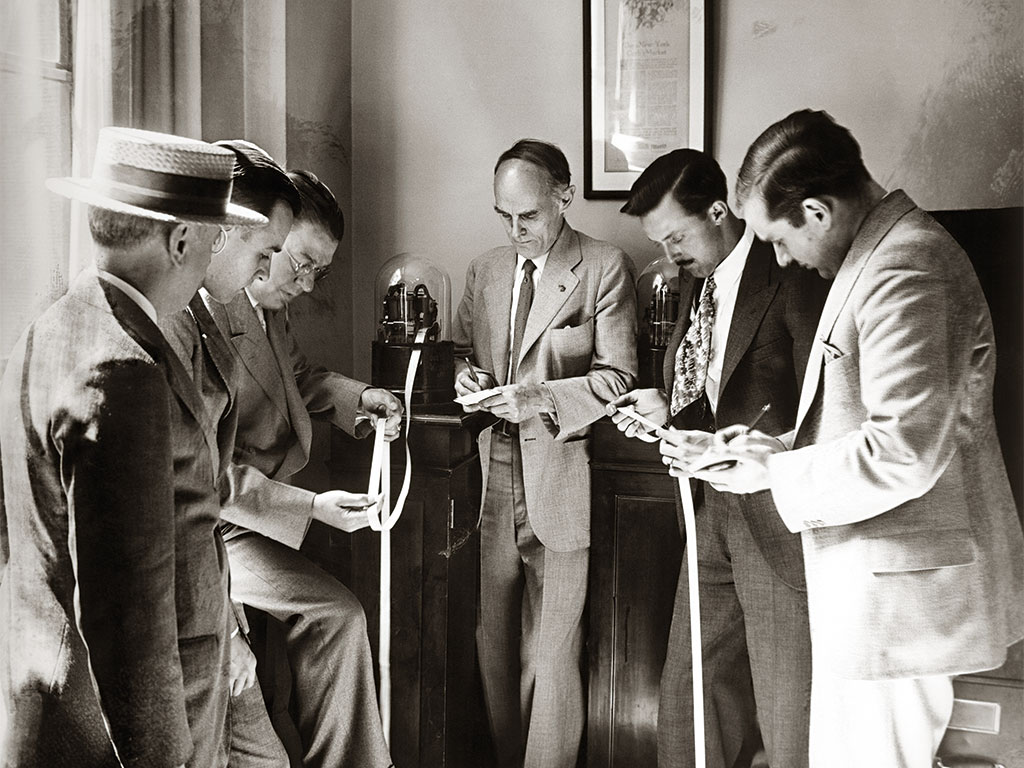 In spite of the proliferation of analytics tools, the most successful stock market traders are those that trust their gut feelings, according to new research
Finance

On the trading floor, every top professional knows the value of a strong hunch. While stock trading strategies focus on conscious reasoning as the key to success, traders themselves place greater importance on ‘gut feeling’ to guide them towards lucrative deals.

In the wake of the 2008 banking crisis, this financial sixth-sense has often been dismissed as an industry excuse for reckless stock market gambling. Yet, according to a new study led by the University of Cambridge, such gut feelings do indeed play a very real role in the world of trading.

“I set up this study to answer a simple question: are gut feelings merely the stuff of trading mythology, or are they real physiological signals?”, said former Cambridge University research fellow and Wall Street trader Dr John Coates. “I suspected from my days of trading that hunches were real and valuable, that when I scrolled through the range of possible features, one just felt right.”

Sensitive to success
In order to test this theory, researchers at Cambridge University recruited 18 male traders involved in high-stress trading in a volatile period towards the end of Europe’s sovereign debt crisis. These test subjects then underwent a series of experiments to measure their awareness of the subtle physical changes happening to their bodies during a high-pressure work day.

Not only did traders with a better heart rate score generate more profits than their peers, they also survived longer in high-pressure financial careers

“Within physiology, the term ‘gut feeling’ is a colloquial synonym for interoception, the branch of our sensory system that monitors our internal, homeostatic condition”, explained Coates. Sensations such as breathlessness, body temperature, heart rate and fullness of the gut and bladder are continuously passed to the brain from the body’s tissues by interoceptive signals. Although most people are unaware of this transmission of information, sensitivity to such sensations can vary greatly, with some experiencing stronger physical reactions to certain stimuli than their peers.

As the most common test for interoceptive sensitivity is heart rate awareness, the traders participating in the study were asked to count their own heartbeats while at rest, without feeling their pulse or touching any other part of their body. Collectively, the traders performed significantly better in the heart rate test than the control group, demonstrating a heightened awareness of their body’s sensations. What’s more, within the group of traders, those who more accurately counted their heartbeat also performed better on the trading floor.

Not only did traders with a better heart rate score generate more profits than their peers, they also survived longer in high-pressure financial careers. The findings suggest successful traders have a heightened awareness of their body’s stress responses, and are thus able to unconsciously read the physiological signals that steer them away from high-risk, dangerous decisions.

Theories debunked
As well as deterring traders from making reckless financial decisions, these subtle interoceptive sensations can lead to success. With their brains and bodies acting as one in moments of high stress, traders can feel drawn towards a profitable stock without even being able to articulate the reasons for the hunch.

The scientific confirmation of a trading gut feeling may well have implications for economic theory and, in particular, the controversial ‘efficient markets’ hypothesis. The hypothesis, similar to the ‘random walk’ theory (which says past movements or trends in stock prices cannot be used to predict the future movement of the same stock) suggests the market is entirely random, making it impossible for traders to improve or even control their performance through skill, knowledge or experience. This would make it impossible for traders to ‘beat the market’ and earn excess profits from stocks.

Conversely, the newly discovered link between gut feeling and trading success suggests an instinct for anticipating price movements does indeed exist, and comes into play every day on the trading floor.

According to Coates: “Academic economics and finance is so focused on conscious reasoning that they completely miss the real action, which is taking place in the dialogue between the brain and the body.”

Man against machine
The results of the study may also have a significant impact on the very structure of what is a rapidly digitalising industry. Bolstered by the aforementioned efficient markets hypothesis, which also argues machines are better than humans at trading, digital trading systems have come to dominate stock exchanges the world over. Openly shouted trading is largely a thing of the past, with the rise in electronic trading limiting face-to-face bidding between professionals. However, the scientifically proven importance of gut feeling in financial risk-taking may just give human traders the edge over their emerging digital competitors.

Unlike machines, successful traders appear to have an innate physical predisposition for effective risk taking. While digital systems rely entirely on hard data, humans have unconscious access to a world beyond numbers. Where computers fail to beat the system through an automatic analysis of available information, traders are able to do so thanks to the physiological clues provided by their bodies.

In highlighting the role of the human experience in financial trading, the study reignites the debate between classical and behavioural economists. Followers of the classical school tend to believe psychology and neuroscience are irrelevant to economics, whereas behavioural economists see these elements as essential to financial decision-making. Both theories, however, have failed to consider the role of the body.

Until now, physiology has been largely ignored in economic academia, which widely regards trading as a purely intellectual activity. This new evidence undermines that established belief, potentially prompting a profound reassessment of our understanding of financial markets and the decisions that govern them.

According to Coates, the landmark study shows just “how exquisitely we are constructed for rapid pattern recognition”. Armed with this new evidence, the Wall Street veteran now optimistically believes “humans can indeed compete against the machines”. For many finance professionals, the results confirm what they have long suspected: that trading skill cannot be taught and, more importantly, cannot be programmed.