European stocks have fallen out of favour with global investors. After years of low valuations, Courtney Goldsmith asks whether a comeback is on the horizon 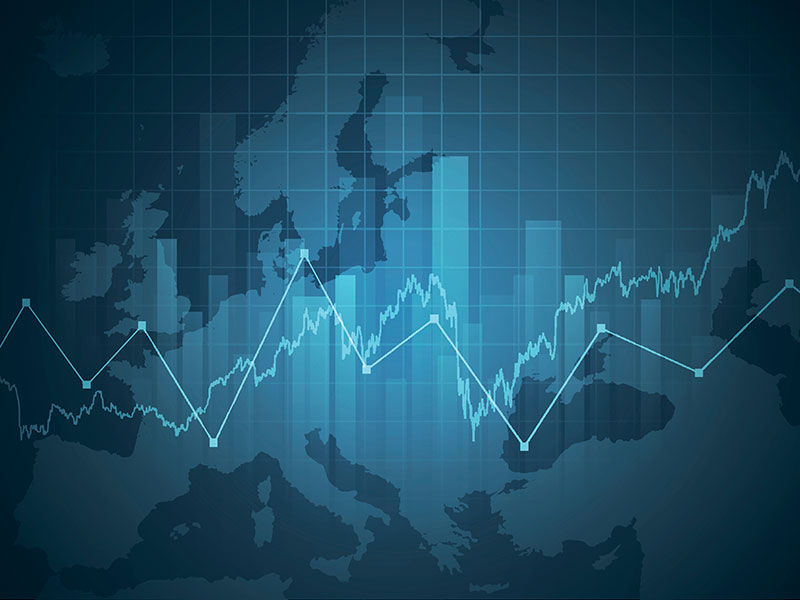 While investors’ souring sentiment towards European stocks is nothing new, the recent ramping up of volatile political situations has made matters worse
Finance

Over the last two years, US stock indices have breezed past one record high after another. In July, the S&P 500 Index, a benchmark index for investors, surpassed the 3,000-point milestone for the first time, while the Dow Jones Industrial Average rallied to an all-time high of 27,000 points.

The European equities market, by contrast, has failed to spark to life for at least a decade. “Western European equities have lagged [behind] those of the US, for example, pretty much since the global economy and stock markets began to recover in 2009,” Russ Mould, Investment Director at AJ Bell, told European CEO. The Euro Stoxx 50, for instance, currently trades below not only its 2007 peak, but also the high it reached in early 2000, Mould said.

As international investors pulled their money out of the region’s stocks, European equities were named the ‘most crowded’ short for the second month in a row in an April survey of fund managers by Bank of America Merrill Lynch. Despite this, some believe the fate of Europe’s equities could soon change.

Stuck in the doldrums
While investors’ souring sentiment towards European stocks is nothing new, the recent ramping up of volatile political situations has made matters worse. There are concerns that the ongoing trade war between the US and China will have a knock-on effect on economic growth in the region. This has been reflected by “a softening in forward-looking indicators such as consumer confidence and business surveys focused on the outlook for the business climate, employment and inventory levels”, Lazard Asset Management said in its recent European outlook.

Moreover, economic weakness spurred by continued uncertainty around Brexit and populist tensions in the bloc has dampened outside interest in the region. According to Mould, this turn away from Europe is in part due to “fractious politics and lingering fears that the European project is built on wobbly foundations, given that currency union is not accompanied by fiscal or banking union”.

The impact these political factors would have on European equities was “underestimated” by many, according to Ollie Becket, a portfolio manager of European equities at asset manager Janus Henderson. At the same time, the biggest corporate tax cut in US history, brought through by President Donald Trump in 2017, made the US market even more attractive.

In Janus Henderson’s outlook for European equities in late 2018, Beckett wrote: “The consequence of this is that we have seen money flowing out of Europe and into the US. Europe remains a relatively unpopular region for global investors, in spite of a generally steady improvement in company earnings and generally positive economic data.”

But Europe’s problems go beyond politics. For example, the growing ‘Japanification’ of the bloc – a situation in which the economy becomes stuck in a low-growth, low-inflation and low-rates environment – has many investors worried. Europe is also failing to compete when it comes to large, innovative technology companies. The US market is home to top-performing tech firms: the FAANGs – Facebook, Apple, Amazon, Netflix and Google – as well as Microsoft. Europe has struggled to create a disruptive tech company on the same scale.

Glimmers of hope
“There’s no getting away from how pessimistic investors have become,” Jeffrey Taylor, Head of European Equities at Invesco, wrote in the investment management firm’s 2019 outlook for European equities. But what really matters, Taylor wrote, is whether that negative outlook is priced into company valuations: “Even if things are only ‘less bad’, there can be opportunities to be had.” Likewise, Mould told European CEO: “If the valuations are cheap enough to reflect the risks, leaving investors able to find some downside protection and upside potential, then buyers could appear.”

European equity valuations currently sit below their long-term average. Beckett wrote that parts of the market for smaller European companies are “fundamentally too cheap”, offering strong prospects for long-term investments. There are also reasons to be optimistic about the European economy. “All in all, Europe is still on track to deliver steady, if unspectacular, growth,” Taylor wrote. The rise in the core consumer price index (a gauge of inflation), wage growth and employment “could provide a solid economic platform – a combination of robust demand and steady inflation – for European corporates”, Taylor said.

With conditions for the European consumer improving, investors’ scepticism over the bloc’s economy and equities are “misplaced”, James Sym, a European equities fund manager at Schroders, wrote in July. Due to rising wages and low inflation, consumers have more money to spend, and with household spending driving up to 50 percent of European economies, the consumer’s impact could be significant. Sym suggested that undervalued consumer cyclical stocks, such as automotive, entertainment and retail equities, “could be fruitful hunting ground for stockpickers”.

In light of Europe’s economic improvements, the region’s stocks could actually outperform other markets

Although Mould agreed that Europe’s unloved stocks are currently relatively inexpensive and offer investors the potential for high-dividend payments, he warned of poor performance from banking and financial companies. “They represent a big chunk of the major benchmark indices and a good proxy for economic health, especially in the wake of the global crisis of 2007-9 and the continent’s own debt crisis that reached its peak between 2011 and 2014,” Mould said. “The bad news is that the Euro Stoxx banks index currently trades at levels last seen in 1992-3, which is hardly a vote of confidence from investors.”

However, Sym argued that a number of well-capitalised banks in Europe offer investors an attractive opportunity through strong dividend yields. “I would argue that interest rates do not need to rise for banks, or certain banks at least, to prove a worthwhile investment,” he wrote.

Room for improvement
In light of Europe’s economic improvements, researchers at Morgan Stanley said in a note to clients that amid a global economic downturn, European stocks could actually outperform other markets. “European stocks have a better-than-normal chance of outperforming in a down market given low positioning and valuation and ‘less bad’ macro and earnings trends,” the note read.

In spite of this, Mould pointed to a recent decline in the Belgian industrial confidence indicator, the Courbe Synthétique, which he said has proved to be an “uncannily useful guide” to the movements of the Stoxx Europe 600. He explained: “Bulls of Western European equities will… be concerned to see how the indicator has begun to slide lower. June’s decline was the third consecutive decrease and the reading of minus 4.9 was the worst since February 2016, when the Stoxx Europe 600 was about 12 percent lower than it is now.”

With valuations low and the potential gains from Europe’s dividend yields high, investors who are prepared to take risks stand a chance of reaping the benefits of Europe’s hidden pockets of opportunity.