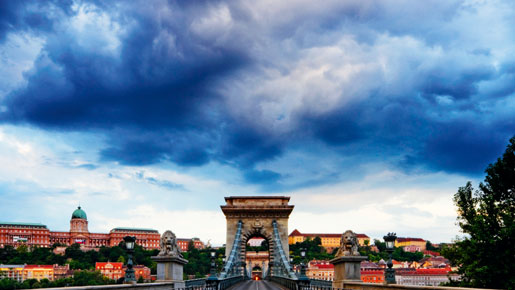 It is widely believed that – after the fall of the communist regimes in 1989-90 and the collapse of the Berlin wall – the Central European region could once again emerge as one of the possible engines driving the recovery from the economic crisis that has hit Europe.

Prior to its joining the European Union in 2004, Hungary was already known as the “best student” of the so-called Eastern enlargement; EU norms were incorporated into its own legal system with unprecedented speed. As a result, the Hungarian legal system underwent significant liberalisation.

Since joining the EU, Hungary has established a well-functioning political, legal and justice system and institutions. Hungary’s thousand-year history has played out in the borderland between West and East; with its geographic location highly favourable from an economic point of view, its pleasant climate, its rich cultural heritage, famous hospitality, well-trained workforce and last but not least, its reliable legal environment, it has become a favourite target of foreign investors and tourists.

Hungary has a well-functioning judicial system which ensures the rule of law, while the public administration reform has meant that electronic administration is now widely used and has made procedures faster and much less bureucratic.

As a result of the fast development of the legal system and its infrastructure, it is incredibly fast to establish a company in Hungary: it takes just one hour and happens electronically, as does registering and enroll- ing with the Revenue and Customs Office. The register that comprises all real estates and businesses of the country is available to everyone through the internet.

When it comes to conducting business activity in Hungary, Hungarian law acknowl- edges different company structures. The company types most preferred by foreign investors are joint stock company, limited liability company and private limited company. The costs of setting up a company are also very favour- able; a private limited company can be estab- lished with an equity capital of about €1,600.

Recently there have been changes in the corporate tax structure; corporate taxes have been reduced to 10 percent and 19 percent – depending on annual income – which is a significant reduction compared to the 25 percent before. Hungary has signed double taxation treaties with several countries and follows the guidelines of the OECD agreement in this matter. Hungary joined the OECD in 1996, but transfer pricing regulations have been in effect since 1992.

There are no restrictions on foreigners or foreign companies for purchasing real estate in Hungary. Companies and individuals from the European Economic Area may acquire real estate on the same conditions as Hungarian citizens, usually without the need for special permission. In some cases it may be necessary to obtain administrative authorisation, which, however, is almost never denied. Hungary also offers favourable conditions to foreign individuals for working and settlement.

Dr Jány is a solicitor in Hungary and European lawyer in Austria. Please note that this brief summary provides only an overview with regard to the legal framework and thus cannot be regarded as personal legal counsel. For further information visit: www.jany.hu