Italy to recover €4bn in unpaid taxes from the Vatican 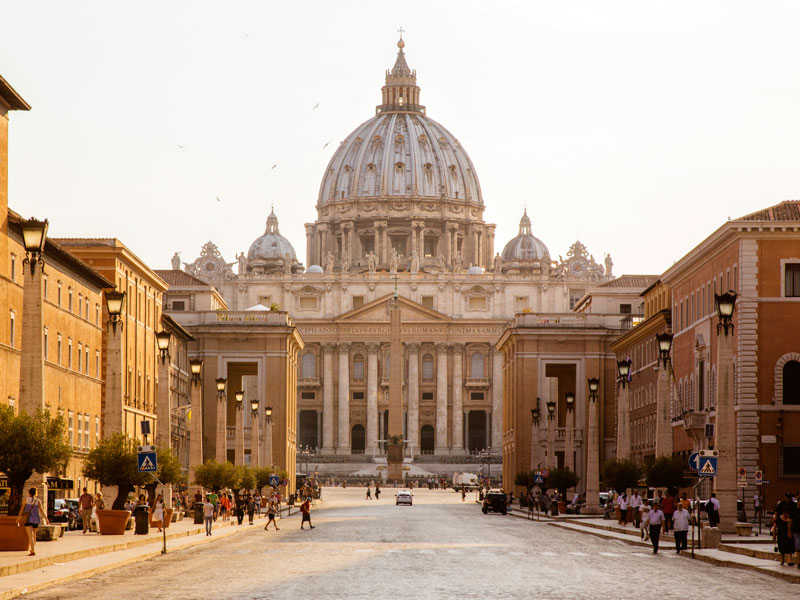 Until 2011, Italian law allowed the Vatican and other religious orders to avoid property tax on commercial activities, provided that the building contained a chapel
Finance

Italy has been given the green light by the European Court of Justice (ECJ) to claim back €4bn of unpaid property taxes from the Vatican.

The judgement, announced on November 6, covers the five-year period from 2006 to 2011 when Italian law allowed the Vatican and other religious orders to avoid property tax on commercial activities, provided that the building contained a chapel.

The Vatican used this loophole to avoid around €4bn of tax, particularly on health clinics and hotels for pilgrims in Rome.

The case against the Vatican was first brought to Brussels in 2012 by a Montessori school based in Rome. The school argued that it faced unfair competition from its church counterparts as their untaxed status meant they were able to invest more in facilities.

In recent years, cuts to government spending have left schools unable to invest in new infrastructure and essential supplies

The European Commission ruled in favour of the school but said it would not retroactively collect the tax due to “organisational difficulties”.

The ECJ has now overturned that decision and the Vatican will be forced to pay back the full amount. It has paid more tax since the loophole was closed in 2011.

The heads of the school said they were “very happy” with the outcome of the case. “We waged this battle representing non-religious and democratic businesses which wanted to fight the privileges which distorted and still distort the country’s economic life,” they said in an interview with Italian news agency ANSA.

“This is a historic decision,” said Edoardo Gambero, one of the lawyers who took the case to court. “The European Commission must now order Italy to collect the taxes or face infraction proceedings.”

The case was supported by the Italian Radical Party, which has been campaigning against church tax exemptions for the past 12 years.

Carlo Pontesilli, a member of the party, argued that the ECJ’s judgement did not go far enough, claiming the Vatican should also pay property taxes dating back to 1992. “We will push the European Commission to consider those years too, taking the total to about €13bn,” he said.

Italy’s underfunded education sector could benefit from this landmark ruling. In recent years, cuts to government spending have left schools unable to invest in new infrastructure and essential supplies. Education and research spending in Italy currently accounts for just four percent of GDP, far lower than other EU nations.

It is also set to decrease further under the terms of the new 2019 budget. It is hoped that the money reclaimed from the Vatican under the ECJ decision will be directly invested back into the education sector and will go some way towards mitigating the effects of past and upcoming spending cuts.