German economy contracts for the first time since 2015 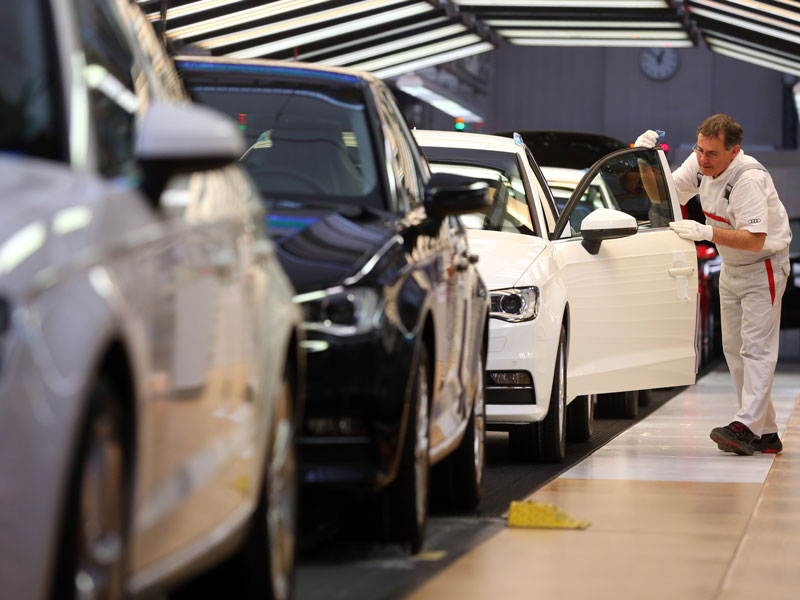 Global trade disputes and a bottleneck in the auto sector have been cited as key causes of the 6.8 percent economic contraction Germany experienced in the third quarter of the year
Finance

Europe’s largest economy shrank by 0.2 percent between July and September, double the 0.1 percent contraction forecasted by analysts. The shrinkage marked a dramatic shift from the same quarter of the previous year, during which the economy grew by 1.1 percent.

Global trade disputes and a bottleneck in the auto sector have been cited as key causes of the economic contraction. The Federal Statistical Office said in a statement: “The slight quarter-on-quarter decline in the gross domestic product was mainly due to the development of foreign trade. According to provisional calculations, exports were down while imports were up in the third quarter of 2018 compared with the second quarter of the year.”

Due to ongoing global trade tensions and concerns surrounding Brexit, growth in the German economy is not expected to pick up rapidly

Last month, the German Government indicated that it was expecting slower growth in the third quarter as a result of the newly implemented worldwide harmonised light vehicle test procedure. This highly stringent testing procedure hit carmaker Volkswagen particularly hard; it reported its operating profit was down 6.8 percent from the beginning of the year.

The German auto industry generated €426bn in sales last year, €228bn of which was tied up in exported vehicles. As such, a reduction in the number of exports has detrimentally affected the internal economy.

Overall, domestic spending produced mixed signals, said the Federal Statistics Office: “While gross fixed capital formation both in machinery and equipment and in construction was higher than in the previous quarter, final consumption expenditure of households declined.”

Due to ongoing global trade tensions and concerns surrounding Brexit, growth in the German economy is not expected to pick up rapidly. The slow rate of recovery extends to the rest of the Eurozone too, according to the Centre for European Economic Research. “The outlook for the Eurozone has deteriorated even more than it has for Germany,” the thinktank said in a statement.

The impending departure of Angela Merkel as German chancellor is also a source of anxiety, with many economists concerned that political instability could further disrupt trade relationships and quell domestic investor confidence.

Merkel has seen Germany through nine years of consistent economic growth and has brought unemployment down from 12.6 percent at the start of her tenure to 3.5 percent today. The country’s current budget surplus of three percent is the largest in the world. When it comes to economic accomplishments, her successor has some very large shoes to fill.

NOTE:
A full economic report for Q3 was released by the Federal Statistical Office on November 23.