Kazakhstan hopes for a better future 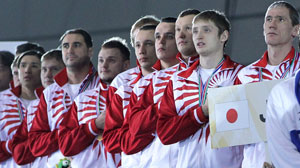 Kazakhstan is located just south of the Russian Republic and has a landmass of nearly three million square kilometres, making it the largest of the former Soviet Republics, apart from Russia itself. Within its boundaries it has vast natural resources, including fossil fuels, copper, zinc and uranium. The country also has large areas of fertile arable land, little of which has been developed to its full potential. While Kazakhstan has felt the effects of the global recession in 2008-2011, some unique factors led to an early turnaround for the country. The outlook for continued growth is good, assuming the steps already taken continue and global oil prices remain reasonably steady.

Kazakhstan’s banking system shares many similarities with that of Russia, largely as a result of their shared history. Kazakhstan gained independence from Russia in 1991; for the first few years there was some turmoil, because the two countries were so close and determining which owned what assets took some time to resolve. However, today, the country is diversifying both its banking system and its economic base and foreign investors are beginning to take notice. 2010 economic growth was a strong seven percent, according to the CIA World Factbook and the outlook for the future remains positive.

The National Bank of Kazakhstan has primary responsibility for overall monetary and credit control in the country, including the stability of the national currency, the tenge. An independent entity, it reports directly to the country’s president. All other banks in the country, both state-owned and independent, follow the bank’s lead.

More and more foreign banks are entering the Kazakh market as the economy has strengthened. The Dutch bank, ABN Amro, already has a strong presence there and CitiBank, from the USA, has been aggressively pursuing the acquisition of assets in the country.

Pension funds are an area of growth, although account holders have limited ability to transfer their funds between private pension entities. Because investment yields in government securities remain low, many investment funds have moved assets into blue-chip corporate bonds. This type of investment has primarily been in Kazak-based business until recently, when interest in foreign investment began to pick up. However, the majority of investment remains domestic, producing demand that has raised interest rates to competitive levels.

Unemployment remains relatively low, at approximately six percent overall, with just under 30 percent of the population being employed in agriculture. However, the government is making major infrastructure investments in order to broaden the economic base. A landlocked country, much needed improvements in aviation and telecommunication are underway, which should help bolster the economy in the coming years. The aim is to reduce the country’s dependency on its neighbours for access to shipping and transportation channels.

Over 40 percent of the population is employed in some kind of service sector, though very little of that is tourism. This is one of several large, untapped markets that the country may be able to benefit from once infrastructure improvements are complete. Assuming a wider variety of service industries are able to function at a higher level of efficiency, the outlook for the Kazakhstan economy appears positive.