Standard & Poor’s, Moody’s and Fitch Ratings have long dominated the credit rating market. Although Germany’s Scope is trying to break into the so-called Big Three, it is not proving easy 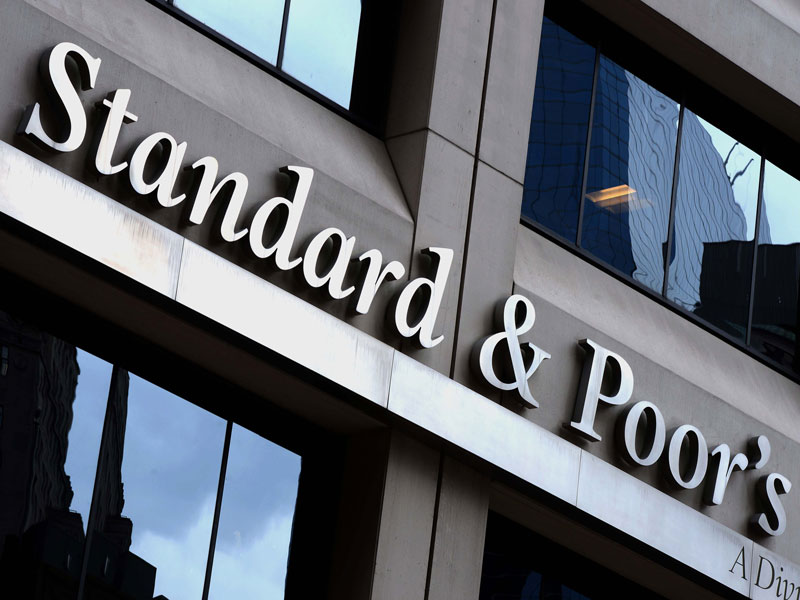 The Big Three of the credit rating industry – Standard & Poor’s, Moody’s and Fitch Ratings – boast a global market share of around 95 percent
Featured

Credit rating agencies play a vital role in the financial sector, assessing the likelihood of an entity being able to meet its debt obligations. Perhaps these organisations have the most impact when assigning a credit rating to a country, as this can affect said nation’s ability to borrow, ultimately influencing its entire economic policy.

But it should be remembered that a credit rating is not a definitive figure: it’s an opinion, albeit one based on concrete statistics. How these statistics are combined to create a single score varies from agency to agency, of which there are many. The only ones usually mentioned, though, are the so-called Big Three: Standard & Poor’s (S&P), Moody’s and Fitch Ratings. Collectively boasting a global market share of around 95 percent, the three have carved out a lucrative market for themselves – S&P, for example, posted revenues of $6.26bn (€5.72bn) in 2018.

Perhaps the Big Three have had things their way for too long. That’s certainly the opinion of Berlin-based Scope, a rating agency that has ambitions of disrupting this oligopoly. In recent years, the company has pursued an aggressive growth strategy, but has so far struggled to make much of an impact.

First-rate competition
The Big Three’s dominance was a long time in the making: S&P started life in 1860, guiding investment in the US railroad industry; Moody’s was founded in 1909, again in the railroad space; and John Fitch set up his eponymous firm in 1913. With such history behind them, it is hardly surprising they remain the industry’s biggest players, but the lack of competition from new upstarts is unusual. In Europe, the market share of the Big Three is slightly smaller, but still sat at an impressive (and growing) 92.1 percent across 2019.

The inability of others to break this stranglehold is not for want of trying. Scope may have only been founded in 2002, but it has grown markedly in the years since.

Initially focusing on alternative investments in the German-speaking world, the management team decided to enter the credit rating space in 2012. Since then, it has made an effort to become the European alternative to the established US heavyweights.

To achieve its aim, Scope has shown a willingness to put its money where its mouth is. In the early days of its expansion, a group of investors – including company founder Florian Schoeller – invested €20m to help fund growth. High-profile appointments have also helped Scope’s cause: in 2014, it announced that Torsten Hinrichs, the former head of S&P’s German operations, would be joining the firm as CEO. Other established industry figures joined at around the same time and, today, the company has offices in six European markets, employing approximately 200 people.

Scope still has a long way to go, of course. Across the EU, Scope managed just 0.49 percent market share in 2019 – a significant increase on the 0.28 percent it managed the previous year, but still pretty minor considering the smallest of the Big Three, Fitch, is sitting on 16.62 percent.

This isn’t just bad news for Scope: having a small group of firms dominate any market, particularly for such a long period, can lead to inertia. This, in turn, can prove detrimental to consumers, especially when the firms’ services are in such high demand. “There is about €70trn outstanding sovereign debt,” Schoeller explained in a statement. “This is 200 times the federal budget of Germany. €55trn is rated by just three companies. That’s a risk.”

Lacking moral agency
The risk that Schoeller speaks of is fresh in the memory. Credit rating agencies were among those responsible for the global financial crisis of 2008, exaggerating ratings of mortgage-backed securities by giving AAA ratings to investments that, in reality, were accompanied by a high degree of risk.

In most cases, the threat of a potential client going to a rival agency was probably the driving force behind the irresponsible ratings being issued. Such an approach had disastrous results, contributing to the US housing bubble, the subprime mortgage crisis and eventually a worldwide recession. A report published by the Financial Crisis Inquiry Commission in 2011 was clear in its condemnation of S&P, Moody’s and Fitch.

“We conclude the failures of credit rating agencies were essential cogs in the wheel of financial destruction,” the report read. “The three credit rating agencies were key enablers of the financial meltdown. The mortgage-related securities at the heart of the crisis could not have been marketed and sold without their seal of approval. Investors relied on them, often blindly.”

The competition provided by the likes of Scope could put more pressure on incumbent industry leaders to lower their standards to secure business. A data analysis conducted by The Wall Street Journal found that US-based challengers to the Big Three were more likely to give higher ratings. There is now evidence of this trend coming to Europe, although Scope itself is not implicated. If competition weakens trust further in the credit rating sector, it would suggest that little has been learned since 2008.

Having said that, Scope is optimistic that increased competition is in the industry’s best interest. In an open letter to The Wall Street Journal, Schoeller countered that it was his firm’s “independence, distinctive methodology, rigorous research and innovative business model” that formed the basis of its growth, not generous ratings.

The scope of the challenge
According to an investor briefing seen by the Financial Times, the effort of taking on the major credit rating agencies is taking its toll on Scope’s finances. The firm’s losses grew to €14.3m over the first nine months of 2019, while revenues slowed. Scope also has several smaller rivals ahead of it in terms of market share – these will need to be overtaken before the Big Three can realistically be targeted.

Being a European company might help drum up business, with Scope able to promise a better appreciation of market nuances than its rivals from across the Atlantic. It would also welcome some additional support from the European Central Bank (ECB) – the continent’s largest investor in both the sovereign and corporate bond markets. Currently, Scope has been unable to achieve recognition as one of the ECB’s sovereign credit agencies, despite its best efforts.

The good news for Scope is that, in the grand scheme of things, it is still in the early phase of its expansion plans. Dethroning the Big Three was never going to be easy – it will take more time and further investment if it is to be achieved. The bad news is that the credit rating space operates as something of a closed shop. Debt issuers and investors overwhelmingly trust the likes of S&P, Moody’s and Fitch, and will need to be given a good reason to go elsewhere. Scope has achieved some big wins over the past few years, but it will need a fair few more before the major US agencies start to worry.