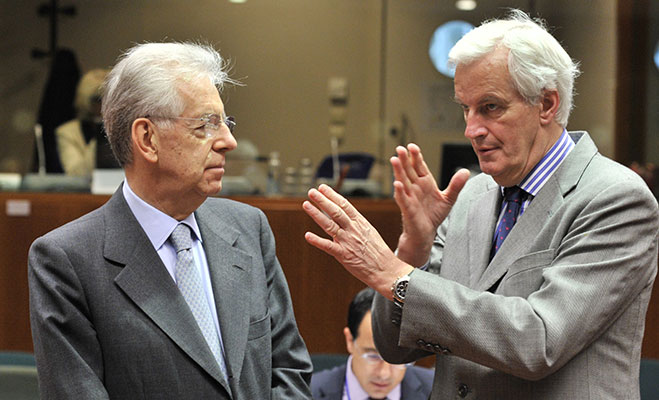 UniCredit and Intena, Italy’s two largest banks had their debt and deposit ratings lowered two steps to Baa2, according to a statement issues yesterday by Moody’s. This is the second downgrade of the firms in two months. In line with the Italian government, both firms have also been deemed to have negative outlooks.

“Despite UniCredit’s substantial international activities, its important exposure to its domestic market means that its stand-alone rating is constrained by the level of the sovereign rating,” Moody’s said. “Intesa’s business is almost entirely domestic in nature,” so this bank’s grade is intrinsically linked to the government’s according to the statement.

Three banks also had issuer ratings cut yesterday, and ten more had long-term debt and deposit grades reduced. Moody’s has declared that the banks’ grade may be revised upwards if the institutions take appropriate steps to bolster capital and liquidity, as well as see an improvement in credit and earnings.