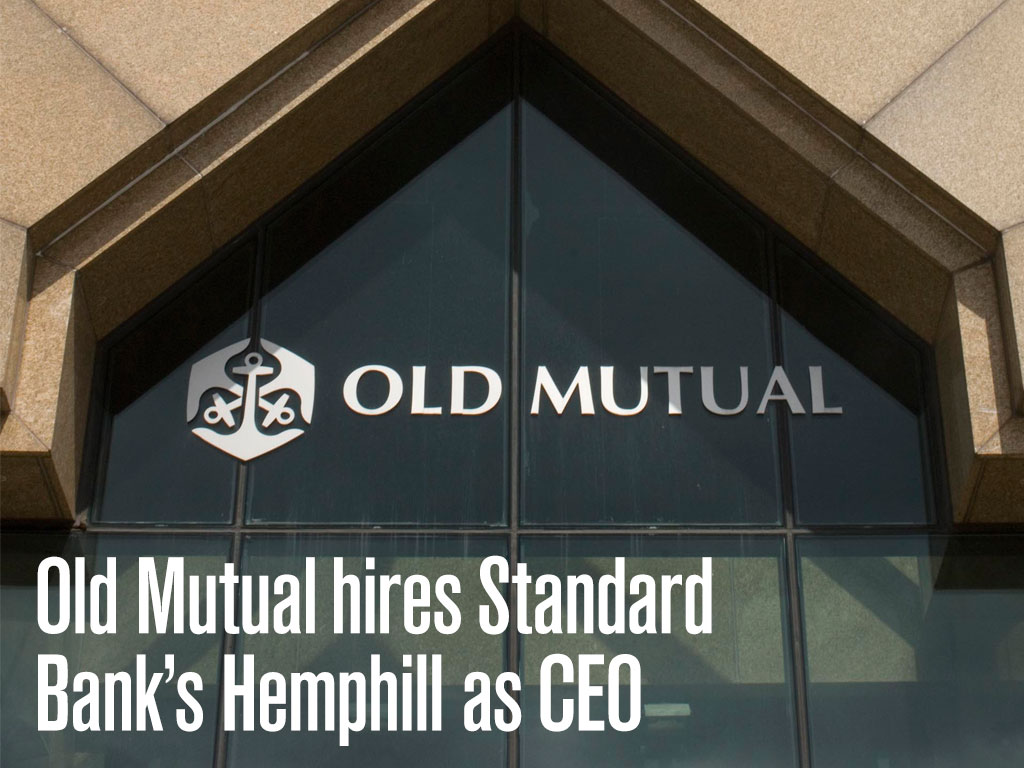 Old Mutual, the insurance and banking giant founded in South Africa, is set to undergo a major change in management with the news that it has hired Standard Bank’s Bruce Hemphill as it’s new CEO.

Hemphill will join from African-focused Standard Bank, where he has been CEO of its wealth, insurance and non-financial services division. He has only been at Standard for just over a year, having previously been CEO of African financial insurance firm Liberty Group. He was hailed for his tenure at Liberty, which Standard is majority shareholder in, where he transformed an ailing insurance group into South Africa’s fourth largest firm over an eight-year period.

He was hailed for his tenure
at Liberty

His step up to the top position at Old Mutual will mean following in the footsteps of a hugely successful leader. The FTSE 100 group, now based in London, will see current CEO Julian Roberts depart after six years of restructuring. With a history dating back to its launch in 1845 in Cape Town, Old Mutual now has more than 16 million customers around the world and nearly £300bn of assets under management. Covering wealth management, savings, traditional banking, as well as its core insurance offering, the firm has undergone considerable change in recent years. This has been in large part down to Roberts’s time as CEO. He joined at a time when the company was embroiled in the global financial crisis and successfully navigated it towards profitability.

Replacing former CEO Jim Sutcliffe just days before the collapse of Lehman Brothers, Roberts has been widely praised for his restructuring efforts, including cutting heavy debts, refocusing on Africa, and consolidating loss-making businesses. He had previously acted as financial director for the firm between 2000 and 2006, before a two-year stint as CEO of Skandia Bank.

Announcing the news, Old Mutual chairman Patrick O’Sullivan said that Hemphill would offer an expert insight into the African market. “Bruce will bring experience as a chief executive of a public company combined with an in-depth knowledge of investments, savings, insurance and banking. He also has a deep understanding of the South African and wider African financial services environment.”