As a result of fear-mongering and anti-nuclear pressure, Europe is failing to keep pace with rivals like Russia and China when it comes to producing clean nuclear power 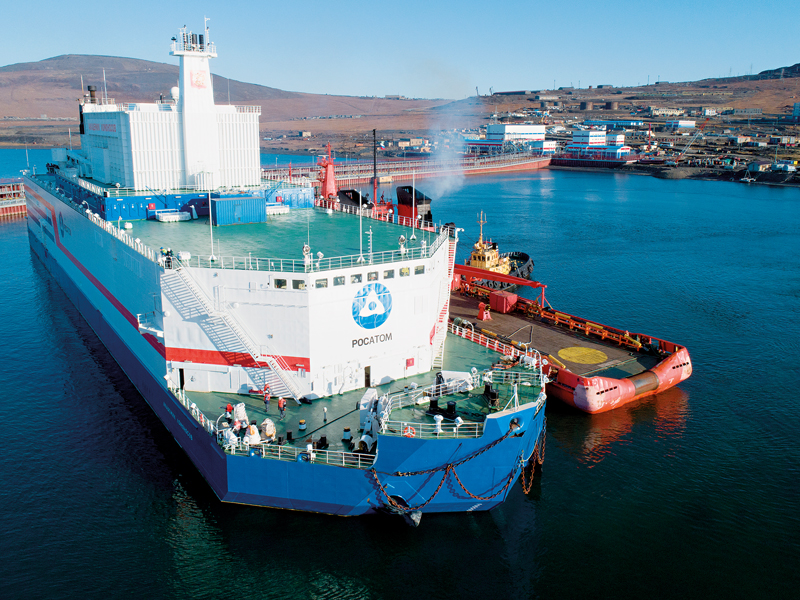 The Akademik Lomonosov highlights the potential for nuclear power generation in the Arctic, while European countries like Germany continue to phase out nuclear industries
Featured

In September, the Akademik Lomonosov, Russia’s first floating nuclear power plant, arrived in the remote town of Pevek in the country’s Siberian Arctic region. Russian state-run nuclear energy company Rosatom sees this as a pilot project, and hopes eventually to deploy a fleet of such units in Russia and elsewhere – including in developing countries in Asia and Africa that urgently need affordable electricity.

The Lomonosov builds on a long tradition of nuclear-powered icebreakers in the Arctic Ocean. But, as I explain in my book on energy geopolitics, it is also a cutting-edge example of how small modular reactors (SMRs) can be deployed more easily, flexibly and cost-effectively than traditional nuclear facilities.

SMRs hold out the promise of clean energy production not only in remote areas, but also in developing countries that are not equipped to build bespoke nuclear power plants on land. Floating SMR technologies also could potentially be used in commercial shipping in the thawing Arctic: nuclear-powered container ships would be far cleaner than those powered by heavy fuel oil, which produce emissions of sulphur and heavy metals. Furthermore, growing economic activity throughout the Arctic makes it increasingly important for remote areas like Pevek to have low-carbon energy sources.

One of many
Although the Lomonosov will be the world’s smallest and most northerly nuclear plant when it comes online, it may soon have competition: researchers in the US, South Korea, Russia, France, China, Argentina, Japan and India are currently working on about 50 different SMR designs. Furthermore, the rapid changes in the Arctic and the global push to replace fossil fuels with low-carbon energy sources have led Chinese, French and American researchers to join their Russian counterparts in assessing the prospects for sea-based nuclear power.

Unfortunately, western media has failed to recognise the importance of the Lomonosov. Instead, inflammatory and misleading language from Greenpeace and other environmental groups has led to breathless reporting on the launch of a “nuclear Titanic” and “Chernobyl on ice”.

Finding the facts
Greenpeace, which has always opposed nuclear energy because of its supposed risks to the environment and humans, has highlighted the remote location of the Lomonosov and the unpredictable Arctic climate. As with many other nuclear projects in recent decades, the group has again succeeded in framing the terms of debate. But those with actual nuclear expertise have made it clear that Greenpeace’s scare tactics have “no basis in science”.

As industry experts have repeatedly pointed out, seaborne nuclear reactors are hardly a new concept. The US used a former Second World War cargo ship equipped with a nuclear reactor to generate power for the Panama Canal from 1968 to 1976, and Russia’s fleet of nuclear-powered icebreakers uses the same type of reactor as the Lomonosov. These reactors already meet International Atomic Energy Agency requirements, with safety measures including double containment and passive reactor vessel cool-down systems. In fact, offshore nuclear reactors could even be safer than those on land, because cold water facilitates the rapid cooling of the unit in case of emergencies.

Sadly, the primacy of anti-nuclear sentiment over empirical fact has been a consistent feature of Europe’s nuclear power debate since the 1980s. In 1997, for example, France abandoned its own advanced Superphénix ‘breeder reactor’ project because incoming prime minister Lionel Jospin required the support of the Green Party to form a government. Two decades later, France still has not successfully developed the technology. Only in September, the country’s Alternative Energies and Atomic Energy Commission decided to abandon the fourth-generation advanced sodium technological reactor for industrial demonstration that had been launched in 2006 to replace Superphénix.

By succumbing to anti-nuclear pressure from groups such as Greenpeace, western policymakers have failed to keep pace with Russia and China. Russia’s Rosatom, for example, is already a global leader in marketing nuclear energy to emerging economies, and has more than a hundred projects in countries including India, China and Belarus.

Shovelling coal
The alarmist rhetoric surrounding today’s emerging nuclear technology is unfortunately par for the course. And it again highlights the contradictory and self-defeating approach of some western policymakers to the world’s largest and most reliable source of low-carbon energy.

Offshore nuclear reactors could even be safer than those on land, because cold water facilitates the rapid cooling of the unit in case of emergencies

According to the United Nations’ Intergovernmental Panel on Climate Change, nuclear power generation is second only to onshore wind in terms of carbon neutrality, with median CO2 emissions of just 12g per kilowatt hour (kWh) of electricity generation. Those concerned about CO2 emissions should therefore prefer nuclear energy to fossil fuels such as coal (820g/kWh) and natural gas (490g/kWh). Nuclear also outperforms biomass (230g/kWh), solar energy (48g/kWh), and hydropower (24g/kWh). In addition, nuclear power has none of the intermittency problems that plague wind and solar energy, causing ongoing price increases for consumers.

These differences come into sharp focus when we consider the effect of German Chancellor Angela Merkel’s Energiewende policy, which aims to increase the country’s renewable energy capacity while phasing out nuclear power. The Energiewende is often lauded as one of Europe’s leading sustainability initiatives. Yet, in Germany’s rush to move away from nuclear power following the 2011 nuclear accident in Fukushima, Japan, the country’s energy sector has had to rely on coal for baseload power.

Pressure from German environmentalists helped drive this decision – but using nuclear energy instead of coal would have resulted in Germany releasing approximately 220 million fewer tons of CO2 per year. In fact, since 1990, Germany has managed to achieve only a slow, uneven decline in CO2 emissions, despite a manifold increase in renewable energy capacity.

While Germany continues to phase out its nuclear industry, the Akademik Lomonosov highlights the potential for nuclear power generation in the Arctic. What Europe in particular needs now is a sensible nuclear energy debate based on facts rather than fear.