Metropolises around the world are expanding and placing greater demands on infrastructure, leading the UN to call for better resource governance. A circular approach to construction will make sustainable development possible 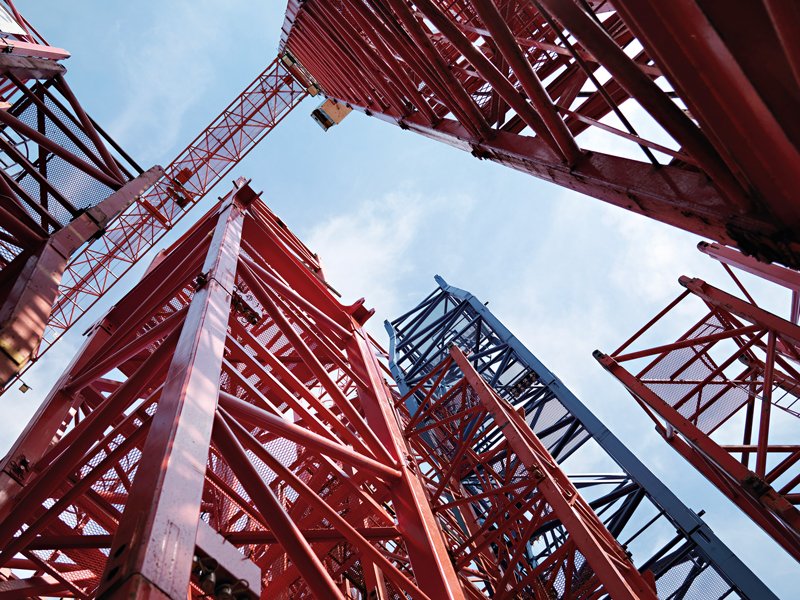 The construction sector has long been one of the largest consumers of non-renewable resources. With explosive population growth prompting greater metropolis development and infrastructure spending, the market is experiencing a period of intense activity. However, increasing awareness of the global climate crisis means the construction industry in Europe and beyond urgently needs to find new ways of meeting demand while managing its material consumption sustainably.

Another key area to address is the public works and construction sector’s waste generation. While the issue of household waste regularly hits the headlines, the construction industry produces as much as 30 percent of all waste generated in the EU. What’s more, only 50 percent of this waste is currently recycled. As the climate crisis reaches breaking point, it’s clear these figures are simply not good enough.

In May, the UN Environment Programme published a report entitled Sand and Sustainability: Finding New Solutions for Environmental Governance of Global Sand Resources. The report called attention to the damage caused by sand extraction, which is a major activity in the construction industry. It revealed that pollution, flooding, groundwater depletion and occurrences of drought all increased as a result of sand extraction and advised that countries adopt recycling solutions for worksite materials as a way of mitigating this problem. With Paris City Hall estimating that one tonne of reused excavation materials equates to an 80 percent reduction in carbon impact, reuse will be essential moving forward.

With global industries under mounting pressure to act sustainably, it won’t be long before the public gaze turns to urban planners and construction companies

Closing the loop
The circular economy will be vital to ensuring European construction companies can make the best use of excavation materials at worksites. Designed to eliminate waste through a closed-loop system, the circular economy reduces demand for new materials by extracting all possible uses out of existing matter before discarding it or, ideally, not discarding it at all. This system is already in effect in various industries across Europe. For instance, many transport companies recover waste oils from other industries and convert them into biofuel.

Although implementing a sustainable alternative to the old throwaway culture seems like the best way forward, diverting waste materials from one site to another is a complicated undertaking. Projects can be located thousands of kilometres apart, even spanning different countries, and an immense quantity of materials would need to be moved. With so many factors to consider – the volume of waste to be transported, the number of people involved, logistics and stakeholders – it is essential that European construction businesses are adequately supported in their efforts. This is where Hesus comes in.

Through the Hesus Store, the company allows stakeholders in the construction industry to communicate in real-time, helping to pre-empt any potential issues. The platform lets users complement one another’s roles in the process: for example, excavated soils from one project can easily be used as backfill in another. Through this system, Hesus experienced a 40 percent growth in its business in 2018, bringing in revenues of over €25m the following year. It also managed more than 1.5 million tonnes of waste that year.

Green growth
In 2014, Hesus worked on the construction of two office blocks in Paris’ Parc du Millénaire for property investment company Icade. The development is a perfect example of how an optimised management system can enhance the use of excavation materials. We estimate that the project should have required roughly 3,300 trucks – all travelling along Paris’ ring road for six months – to haul off the 100,000 tonnes of dirt that was excavated. With Hesus’ circular approach, however, the materials were removed in just four months using 200 barges on the Canal de l’Ourcq. The materials were then transported to four locations based on their pollution levels: two quarries in Normandy; a treatment centre in Belgium, where the dirt was remediated for road building; and a centre in the Netherlands that used materials to create polders. In 2015, the French Government passed an act on energy transition for green growth. In the act, it outlined its ambition to halve all waste going into landfill by 2050. With help from Hesus, Icade has continued to surpass this goal by some distance since 2018, recycling 82 percent of its excavation materials. Hesus was able to deliver such impressive results by managing material flows day in, day out (almost in real-time), despite not being able to plan more than 24 hours in advance. Now, with more than a decade of experience in the business, we want to help other construction companies in Europe achieve the same results by passing on our expertise in the circular economy.

Planning ahead
Large metropolises face three major environmental challenges moving forward. The first, air quality, will require better management when it comes to transport solutions. The second is food quality, which requires agricultural production to be integrated within our cities, and the third is urban sprawl. Los Angeles, for example, has expanded into a vast, decentred city that, as a result, has specific infrastructure demands. These factors require cities to fundamentally reorganise their infrastructure, which will involve an intensification of public works and construction sites. Such projects will, of course, increase the volume of construction waste that must be processed.

Safeguarding the environment has become a core concern in the development of large metropolises. With global industries under mounting pressure to act sustainably, it won’t be long before the public gaze turns to urban planners and construction companies. The race is on to meet the increasing demand for building materials while avoiding the enormous environmental impact of material waste and over-excavation. But opportunities can be found in any challenge, and Hesus ensures industry players are ready and capable of seizing them.