Is Germany right to power down its nuclear reactors?

While Germany continues to decommission its nuclear power plants, the fact that the country still relies heavily on coal undermines any environmental benefits of the policy 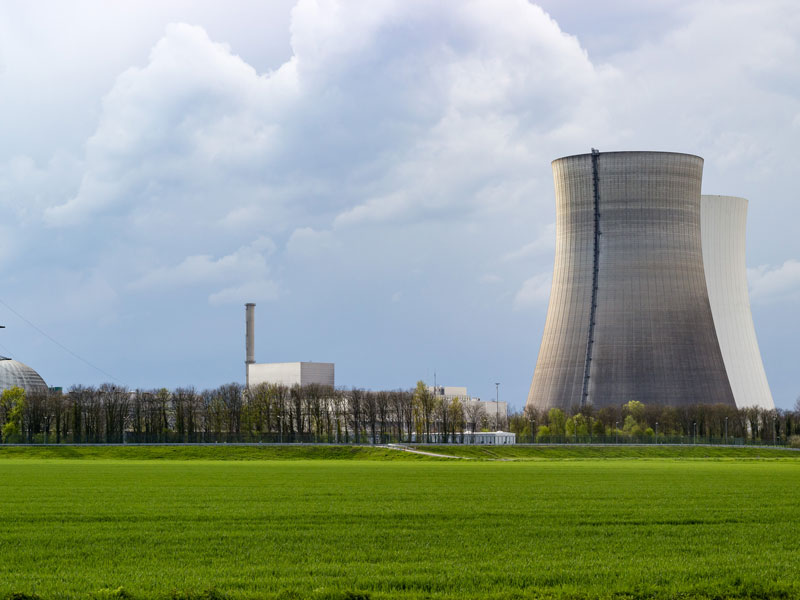 The road to hell is paved with good intentions. When, in the immediate aftermath of the Fukushima disaster, Germany’s Bundestag announced it would be committing to a complete phase-out of nuclear energy by 2022, it was clear that safeguarding its citizens and the environment was the primary motive. After all, the events that took place in the Fukushima prefecture on March 11, 2011, necessitated the evacuation of some 154,000 people and a clean-up process that is set to last decades.

Even so, the decision to shut down nuclear reactors in Germany has been criticised as a knee-jerk reaction, one that leaves the country more reliant on coal and gas to meet its energy needs. “Every nuclear power station that is turned off is a success for the decades-long struggle against dangerous atomic energy,” Olaf Brandt, Head of the German Federation for the Environment and Nature Conservation, told Reuters last year. Unfortunately, it’s a success for fossil fuels as well.

With renewable alternatives not ready to pick up the slack on their own, Germany has no choice but to turn to fossil fuels to replace the decommissioned nuclear reactors

The kill switch
On New Year’s Eve, 2019, Germany took the latest step in its planned nuclear switch-off, disconnecting Block 2 of the Philippsburg power station, located in the Baden-Württemberg state. The reactor, which has been supplying homes and business with electricity since 1986, has generated in excess of 355 billion TWh of energy, according to World Nuclear News – approximately equivalent to one sixth of the state’s total requirements.

Making up the energy shortfall caused by the decommissioning of the Philippsburg reactor will be difficult, but nothing compared with the broader challenge Germany has set itself. In 2011, the country’s politicians decided that all 17 reactors in operation would be shut down by 2022. Today, only six remain. The ongoing phase-out will not only be bad for energy generation, but for the environment as well.

“We find that the lost nuclear electricity production due to the phase-out was replaced primarily by coal-fired production and net electricity imports,” explained a paper published late last year by the National Bureau of Economic Research (NBER), titled The Private and External Costs of Germany’s Nuclear Phase-Out. “The social cost of this shift from nuclear to coal is approximately $12bn (€11bn) per year. Over 70 percent of this cost comes from the increased mortality risk associated with exposure to the local air pollution emitted when burning fossil fuels.”

With renewable alternatives not ready to pick up the slack on their own, Germany has no choice but to turn to fossil fuels to replace the decommissioned nuclear reactors. According to the authors of the NBER report, Germany’s decision to switch off its nuclear reactors is causing an additional 1,100 deaths every year due to air pollution caused by an estimated annual increase of 36.3 million tons of carbon dioxide emissions.

An overreaction
While Germany’s decision to move away from nuclear power was well-intentioned, it was perhaps an overly emotional response. Although events like Fukushima, which brought back memories of the Chernobyl nuclear disaster of 1986, are concerning, they are extremely rare. In fact, these are the only two incidents in the history of nuclear power to be classified as a major accident, according to the International Nuclear and Radiological Event Scale.

Perspective is also one of the first casualties of any nuclear accident. The death toll from radiation exposure caused by the Fukushima nuclear power plant disaster stands officially at just one. The majority of the casualties attributed to the disaster occurred as a result of the evacuation, which was criticised for causing “confusion among residents” in a report released by the Sasakawa Peace Foundation.

For all the legitimate criticisms of nuclear power, it combines reliability, cost-effectiveness and low emissions in a way that few other energy sources can. Perhaps Germany’s decision to turn its back on this form of energy would have been better placed had it come once a similar move away from fossil fuels was already in progress.

It is useful to compare the situation with that in neighbouring France. Unlike in Germany, nuclear power remains the biggest single source of electricity in France, meeting around 75 percent of demand with 58 reactors. France’s denuclearisation plans are much more gradual, aiming to reduce its contribution to electricity generation to 50 percent by 2035. Crucially, its nuclear fleet is not seen as an impediment to a green future, but an asset. France is looking to prioritise renewable energy production, but if this fails at least fossil fuels are unlikely to provide the fallback option. According to a 2018 study, Germany’s carbon dioxide emissions are as much as 10 times higher than France’s – and its citizens pay more for the privilege.

What’s the Russia?
Another problem with Germany’s decision to abandon nuclear power is that it could make the country even more reliant on Russia for its energy. Estimates suggest that Russia contributes about 40 percent of Germany’s natural gas imports, but this figure is likely to rise significantly if the controversial Nord Stream 2 pipeline is brought online.

Though importing energy from other countries is not unusual, Germany’s dependence on a single importer – one with a reputation for being an unreliable partner – has faced criticism from both within and outside the EU. Former US Energy Secretary Rick Perry noted in 2019 that “Russian gas has strings attached”.

There are alternatives that Germany could explore: it could import energy from other markets, including the US, or from EU members. Talk of a Green New Deal for Europe, a key message for new European Commission President Ursula von der Leyen during her election campaign, could push Germany towards renewables. Although Germany has made some progress in this area of late – wind energy became the country’s most important energy source in 2019 – it has come at great cost; as much as €160bn over the past five years. And even with this funding, all is not well in the energy sector: recent regulations restricting the building of wind turbines threaten to derail the gains that have been made thus far.

The problem that Germany − and, indeed, the planet − faces is that a failed green policy could push public opinion away from renewables. If energy becomes less reliable or more costly because renewable technologies have not received adequate investment before governments transition to them, consumers are likely to push back. This is especially true of the decision to turn away from nuclear power, which produces far fewer emissions than some of Germany’s other energy sources. A more holistic approach would have prioritised a move away from fossil fuels before decommissioning reactors. Germany plans to end its coal reliance by 2038; its last nuclear power plant will go offline in 2022. Perhaps the country has got these dates the wrong way round.