Wind energy production has tripled in Finland over the past four years, but it still represents just nine percent of the country’s total mix. Ilmatar Energy CEO Erkka Saario is determined to increase this figure 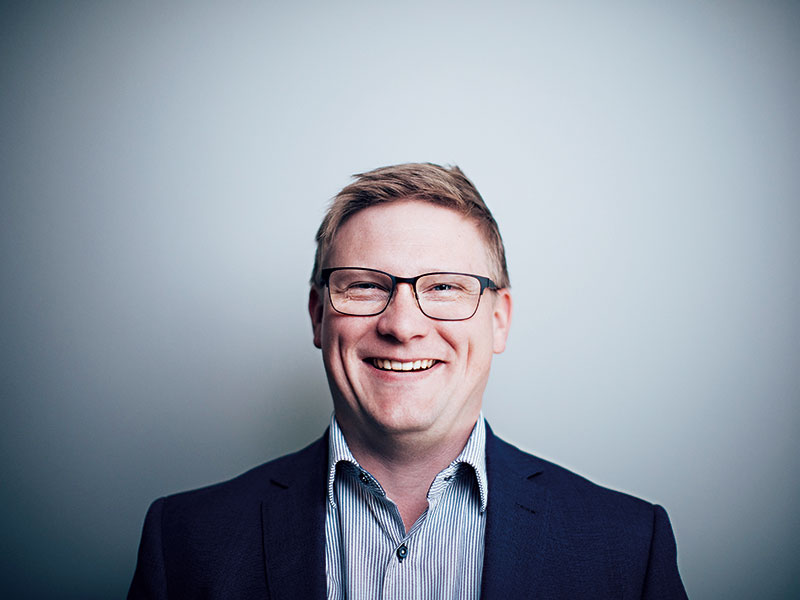 Having graduated with a master’s degree in energy technology, Erkka Saario threw himself into the Finnish wind sector long before it was fashionable
Featured

Finland is an almost mythical place. Its relative isolation from the rest of the world means the country is laden with a unique set of natural resources: almost a third of Finland is covered by peat deposits; three quarters of the country is shrouded in forest; and its extensive lake and river systems allow it to produce significant amounts of energy via hydroelectric power.

A lesser-known (but growing) quantity in Finland is wind energy. Although wind represents only a small portion of Finland’s domestic energy production (around nine percent), the market grew by 22 percent in 2018. Last year, the renewable wind sector received an added boost when Google announced it would invest at least $275m (€246.6m) in the industry through power-purchase agreements (PPAs).

At the forefront of these advances is Ilmatar Energy, a renewable wind energy company that partnered with Google in September. As part of the deal, Google agreed to purchase 125MW of electricity from an Ilmatar wind farm – set to be Finland’s largest when construction is completed. This purchase marked a transformative moment in Ilmatar’s nine-year history, and in the career of its CEO, Erkka Saario, who took the reins in 2016.

Out in the cold
“The Google auction was very competitive,” Saario told European CEO. “But we knew that we had the right recipe for it.” The recipe Saario refers to – a combination of cutting-edge technology and end-to-end project management – is expected to pay dividends for Ilmatar. Its partnership with Google, a 10-year PPA, means the company will supply and install 41 wind turbines between Q3 2020 and the end of 2021.

“With that huge project, we can move forward along this path in a spectacular way,” Saario said. The Prime Minister of Finland, Antti Rinne, seems to agree. At a press conference with Google CEO Sundar Pichai, he said: “Such projects… show that Finland is an excellent place to invest in.”

But that has not always been the case: while other EU countries made advances in wind energy, Finland proved more resistant. For one, the Arctic nation still depends highly on oil and nuclear energy to keep its citizens warm during harsh winters, where temperatures can plummet as low as minus 50 degrees Celsius. The fact that it is not a particularly windy country – a rather important requisite for a renewable wind energy company – complicates matters further.

It was in these challenging conditions that Saario started his career. Having graduated from Lappeenranta-Lahti University of Technology with a master’s degree in energy technology, Saario threw himself into the Finnish wind sector long before it was fashionable. According to Saario, the sector at this time was populated by amateur companies and large utility firms who saw renewables as “more of a hobby” than a serious pursuit: “Back in 2008, there was one Finnish turbine supplier, which had a 3MW turbine available. The Finnish market was utterly underdeveloped and, therefore, there was virtually no home market for said turbines, and the supplier went belly-up later on.”

Saario remained unswayed, however. As a project manager, he honed his skills in delivering cost-effective wind farm projects at a variety of wind energy companies before eventually being drawn to Ilmatar. “When I joined in 2012, Ilmatar was just a start-up with a couple of guys,” Saario said. “But what I liked is that they had fresh ideas and a different way of thinking about how companies should operate in Finland.”

Facing headwinds
Saario became the head of project development at Ilmatar in January 2012. It was around this time that the Finnish wind sector began to show some promise: between 2010 and 2014, the annual production of wind power rose from approximately 300GWh to more than 1,000GWh, before doubling from 2014 to 2015. In May 2015, though, the industry’s progress came under serious threat. “There was a political regime change,” Saario explained to European CEO. “And we concluded that we had to find a new way of working again – to become a totally different company and different kind of player in the field. That was a flashpoint.”

The political regime change Saario refers to was the emergence of the Finns Party, a populist group that campaigned on an anti-wind plank. Until 2015, wind-friendly Finnish governments had provided renewable energy companies with supportive schemes. According to Saario, these schemes – combined with the introduction of the EU’s feed-in tariff in 2011 – sparked a backlash from the Finns Party, which felt they were too generous and called instead for subsidies and tax breaks on wind power to be slashed. Evidently, the party’s message resonated with a swathe of the Finnish public: on receiving 17.7 percent of the national vote, the party joined a coalition government. This political shake-up forced Ilmatar to revolutionise the way it operated. “We found a strategic partner for the company so that we could start buying other projects in Finland,” Saario noted. “This would allow us to develop and build on those projects.”

Ilmatar expanded using corporate PPAs, a type of long-term contract between a power producer and a purchaser (known as the off-taker) that sees the latter purchase energy from the former for a pre-agreed price and term. PPAs allow firms like Ilmatar to build long-term, sustainable revenue streams while providing off-takers with cost-efficient energy solutions. It is an agreement Google took full advantage of in 2019.

During this turbulent period, Saario was promoted, becoming Ilmatar CEO in August 2016. For most 37-year-olds, such a title would be daunting, but Saario’s experience in leadership positions put him in good stead to take the reins. Nevertheless, becoming CEO was a change of pace. “Being a product or project manager [means] taking care of things, but when you become a CEO, you need to take care of people,” Saario said. “The people here are the ones [who] will make all our big plans happen, so they need to be motivated and happy to do this work.” Storming ahead
According to the Finnish Wind Power Association, Finland’s wind energy production tripled from around 2,000GWh to nearly 6,000GWh between 2015 and 2018. In 2018 alone, production of wind power grew by 22 percent and its share of total Finnish electricity production rose to nine percent. This is primarily thanks to technology improvements and increasing efficiency in the wind sector: new Finnish wind farms (those installed since 2018) are achieving capacity factors as high as 45 percent, up from an average of 32 percent between 2011 and 2017.

“We have made huge advances with the latest technology in Finland,” Saario said. “For example, four or five years ago, wind turbines with a 136m rotor diameter were sold in Finland, but now we have just bought turbines with 150 rotors and 230m tip heights.” Saario added that there are now turbines measuring over 160m in rotor diameter and 250m in tip height, which help improve energy production. “At Ilmatar, we are already developing a portfolio that will be topped up with acquisitions to 1GW of nominal capacity,” Saario said. “The majority of that 1GW can be realised within a five-year horizon and everything points in that direction as wind energy production continues to grow rapidly.’’

What distinguishes Ilmatar from other utility companies is that it is involved in every stage of the renewable energy process. While other organisations tend to specialise in one or two areas, Ilmatar’s capabilities stretch from developing and financing wind farms to constructing and operating the production sites. This versatility attracted Google, which unveiled a package of renewable energy deals totalling 1.6GW in 2019, including 18 deals across three continents and six countries. Ilmatar secured one of two agreements handed out to Finland and is now tasked with building the country’s largest wind farm. “We have found Finland to have a very supportive infrastructure,” Pichai said on his visit to the country. “It’s very welcoming for us to be able to make investments.”

The fact that the deal between Ilmatar and Google is subsidy-free makes the feat all the more impressive. Were it not for the improvements in technology and efficiency in the wind sector, Finland might not have had the supportive infrastructure Pichai desired, but Saario does not need to indulge in this kind of counterfactual history: as he puts it, it was an “extremely important deal” for Ilmatar that will allow the company to take on more staff as the year progresses.

Race to the Finnish
Ilmatar doubled in size in 2019, and Saario expects it to grow by the same amount over the next 12 months. Today, the wind farms under Ilmatar’s management contribute around 2.5 percent of Finland’s total wind production and, according to the company’s website, its turbines have powered 65,300 households and prevented 41,000 tons of carbon dioxide from entering the atmosphere. Moving forward, Saario wants to build a stronger relationship with the public so they have more direct access to renewable energy.

“Currently, consumers can only have their say indirectly, like voting or buying products made by companies with ‘green principles’,” Saario said. “But Ilmatar wishes to change that and give consumers direct access to… saving the planet by committing to buy electricity from wind farms that will be built in the future.’’

Above all else, Saario is passionate about bringing clean energy to Finland. He is confident the country can become carbon-neutral by 2035 and believes that Ilmatar will play a key role in reaching this target. “Finland is on good track to being a carbon-neutral country,” Saario said. “There are a number of projects being developed and, within five years, I believe that the wind sector can and will grow remarkably.”

These aspirations may sound lofty, but so too did the idea of a small Finnish start-up bagging a client as big as Google. As Saario continues to make substantial strides in the renewable energy market, it would take a brave individual to bet against him achieving his goals.