Earning the accolade of Master Sommelier and winning the right to wear the coveted red pin is no easy task. Aaran Fronda looks at what it takes to pass one of the world’s toughest exams 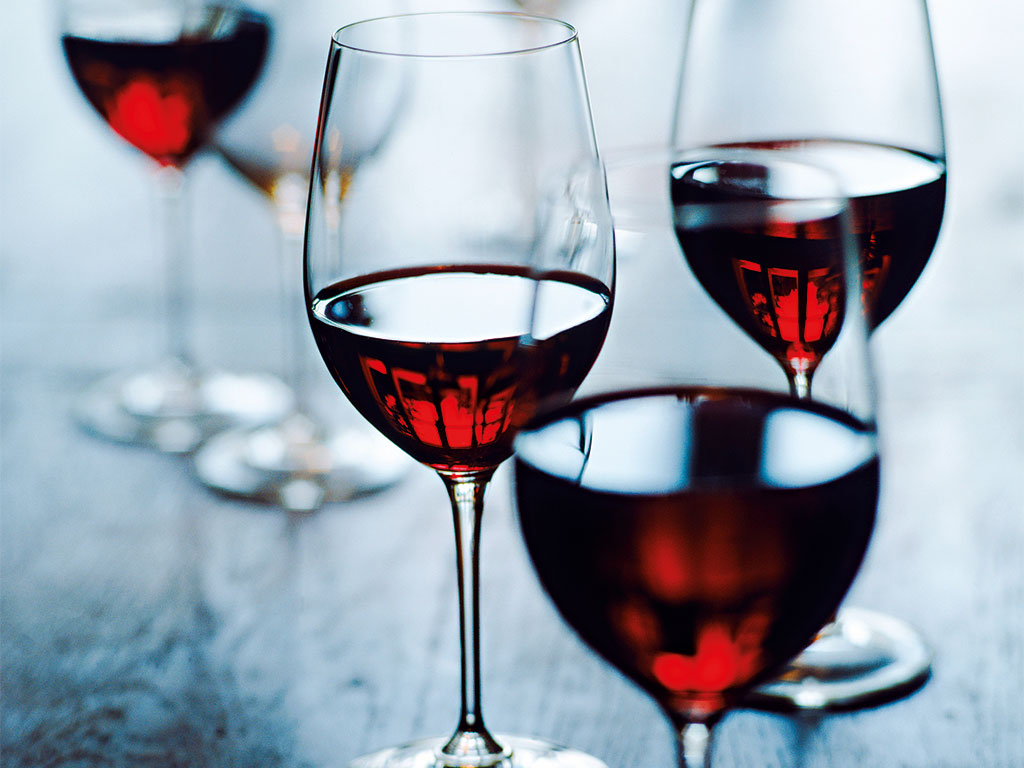 The Master Sommelier’s Diploma is by far the world’s most difficult wine examination, but it is also considered one of the hardest exams in the world in any field, a statement backed up by the fact that only 230 people have passed the ludicrously taxing test since its inception back in 1969. The gruelling exam and the Court of Master Sommeliers, the body responsible for administering it, were simultaneously made popular knowledge in the documentary film Somm (2012), which followed four men as they attempted to earn the title Master Sommelier.

Four years on, and another batch of hopefuls are preparing to sit the exam. Among them is Antonio Busalacchi, a man whose love affair with wine began more than 30 years ago, with his first serious foray into the world of wine buying taking place in 1982, which according to the budding sommelier was a very good year for Bordeaux. His passion drove him to get involved with a group called the Chaîne des Rôtisseurs, an international association of gastronomy that brings together amateurs and professionals from all over the world to share their love of food and drink.

It wasn’t long until Busalacchi started to get heavily involved in the wine side of the organisation, eventually being appointed regional officer for Baltimore, and then for the mid-Atlantic shortly after. Currently, he serves as the US Vice-Échanson (cupbearer) for the Chaîne des Rôtisseurs, making him responsible for assisting in their wine education and the running of their National Young Sommelier competition.

“Part of my responsibilities were to help organise this event, and I had been doing wine education for some time, as well as getting trade certifications from the Society of Wine Educators”, Busalacchi explained. “So, I said to myself ‘if I am going to be administering this Young Sommelier competition, it’s probably a good idea that I gain better appreciation for what they are doing’. Then, as they say, one thing led to another, and my journey to becoming a Master Sommelier began.”

Wine meets science
Unlike the rest of his family, who have a long history in the restaurant trade, with his father opening various eateries after the Second World War, Busalacchi bucked tradition altogether, opting to pursue a career in academia. He has chaired the University of Maryland’s Council on the Environment since 2011.

Perhaps unsurprisingly, his studies complement his passion for wine. In fact, he has written extensively about how climate change has altered growing conditions in many wine-producing regions over the last 10 years, and how this trend is changing the taste of his favourite tipple.

It is normal for candidates to re-sit the exam two or three times, with some taking up to six attempts before finally succeeding

“The whole wine industry is a combination of both science and art, so there is an obvious intersection between wine and climate”, he explained. “For me there is a lot of similarity in terms of how I prepared for my PhD and how I am preparing for my Master Sommelier exam. Both require the same level of rigour, focus and dedication.”

It is normal for candidates to re-sit the exam two or three times, with some taking up to six attempts before finally succeeding. The Master Sommelier exam is broken down into three parts, which must be completed in order: theory, service and blind tasting. Applicants sit all three exams on the same day and have to achieve a score of 75 percent in each one of the sections. Adding to the difficulty, the would-be masters have just three years to pass the various sections. If they fail, however, they must start from scratch and re-take the exams they previously completed.

The theory portion requires candidates to display a huge breadth and depth of knowledge about wine. It is not good enough for an applicant to be capable of whittling off every village and region in the world at will; they must also be able to identify the principal grape varieties used in the wine making process, as well as exhibiting an understanding of various methods of distillation and international laws.

“There are no real texts to follow”, said Busalacchi. “You’re completely on your own. You have to get out there and you have to be a sponge for knowledge.”

The blind tasting is probably the most impressive skill to behold, especially for amateur wine lovers. Examinees are given six different wines and must ascertain the grape varieties, the region in which each was grown, and the year that it was made. All this information must be obtained by relying on taste and smell alone. And, if that sounds too simple, then consider that this must be successfully completed in less than 25 minutes.
“Tasting is a lot of work”, said Busalacchi. “You have good days. You have bad days. You have to try and taste everything that is out there and visualise and articulate that flavour. Then there is the service, which for me, because I do not work on the floor of a restaurant, poses the biggest challenge.”

The service section requires examinees to display a strong knowledge about everything from sake and spirits to distilling methods and ideal food pairings. All in all, it is essential for the candidate to show that they capable of providing a customer with an exceptional level of expert service.

Giving back
Preparing for each section of the examination process is not only challenging, it’s an extremely expensive pursuit. On average, candidates must fork out well over $30,000. Simply buying all the wine necessary to practice for the blind tasting portion of the exam requires a significant investment. Luckily, the Court is on hand to provide financial assistance and runs its own scholarship programme, which helps people (particularly younger members) to fulfil their dream. It is the Court’s willingness and dedication to supporting candidates financially and spiritually on their journey that drives Busalacchi and his contemporaries to persevere and stay the course.

“I’ve never associated with a group that is as enthusiastic, sincere and warm about training the next generation as the Court of Master Sommeliers”, he said. “It really is like an old guild system, where they give back and raise up those that have stuck with them.”
This support network is essential, he argued, as without it, it is easy to succumb to the pressure of the programme and become a “monster cloistered away studying all by yourself”.

For those that come out the other side, receive their red pin and earn the honour of becoming a Master Sommelier, many doors will open. Many go on to assume positions with major wine distributors around the world. Others get into wine education for big name brands. Some serve as consultants for various wineries or go it alone and open up their own. But, no matter what these Master Sommeliers go on to achieve, the learning never stops.

“You don’t make it through this programme if you’re not truly humble”, concluded Busalacchi. “When it comes down to it, the ultimate goal is to help the customer. We are there to assist. You can have all the book knowledge. You could be an expert taster, but if you can’t convey the right wine for the individual customer then you’re not doing the job correctly. It is about leaving your ego at the door in that respect.”