Cutting back: how the degrowth movement could save the planet

Constant growth may not be the marker of success it’s cracked up to be. The degrowth movement promotes an active downscaling of the economy as a pathway to environmental sustainability and a more fulfilling lifestyle 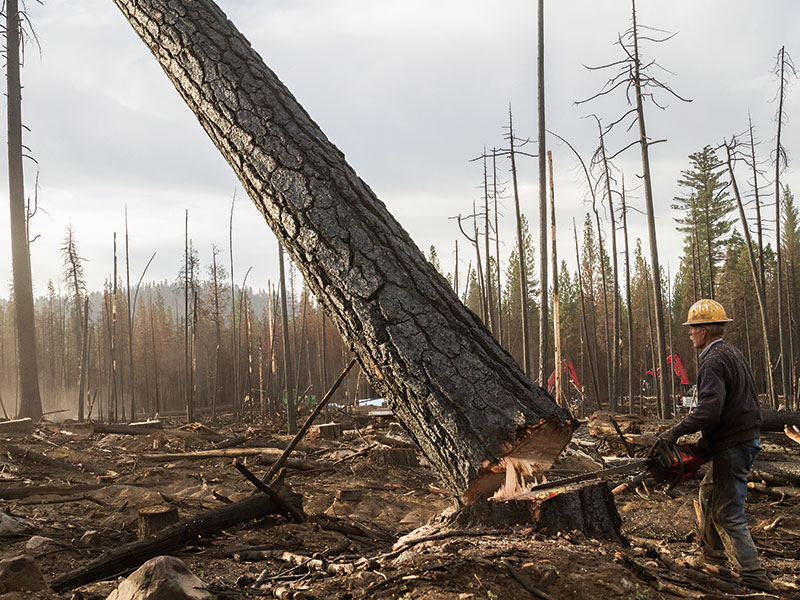 Degrowthers argue that, on a planet of finite resources, endless growth is impossible and harms not only the world around us, but also our wellbeing
Lifestyle

In every sphere of our commercialised, consumerist world, growth and success are seemingly inseparable. From national economic expansion to personal development, growth has become a proxy for obtaining health and wealth through constantly striving for bigger, better and more.

Yet, according to proponents of the degrowth movement, our environments can only support this consistent upward trajectory for so long. ‘Degrowthers’ argue that, on a planet of finite resources, endless growth is impossible and harms not only the world around us, but also our wellbeing. Instead, they advocate a transition away from growth and towards a more equitable and sustainable society that fulfils all of its economic actors.

The radical nature of degrowth principles has historically inhibited their spread outside of left-leaning academic circles. In recent years, however, with environmental issues becoming increasingly difficult to ignore and confidence in traditional economic markers such as GDP declining, the movement is gathering pace.

Sustainability’s sister
The term ‘degrowth’ was first proposed in the 1970s by the Franco-Austrian philosopher André Gorz, but it did not emerge as a movement until the late 2000s, when the first international degrowth conferences were held in Paris and Barcelona in 2008 and 2010 respectively. “These were landmark events that cast this radical movement onto the global stage,” Brendan Gleeson, Director of the Melbourne Sustainable Society Institute, told European CEO.

Some of the ideas associated with the degrowth movement have since entered mainstream socioeconomic debate, particularly in connection with sustainability. For example, Sara Fromm, a sustainability activist and member of Research & Degrowth, has noticed the term being used by the Spanish media in reference to mass tourism in Barcelona. “[Their reporting] probably doesn’t cover everything that the degrowth movement wants to express with this term, but it still encompasses a lot of the values that those in the movement want to touch upon, particularly in terms of aviation,” she said.

The degrowth movement pushes for a total redefinition of the way we live, centred on the rejection of expansionist economics

The degrowth and sustainability movements certainly share common ground, particularly with regards to reducing consumption. Taking fewer flights, eschewing fast fashion, purchasing less packaged food and committing to growing produce at home are all examples of mutual initiatives. Degrowthers, however, recognise that these individual changes, while valuable in contributing to wider environmental goals, will not achieve the sort of systemic change that they believe is necessary.

Less is more
The degrowth movement pushes for a total redefinition of the way we live, centred on the rejection of expansionist economics. This extends beyond lifestyle and into political activism, along with a radical shift in working culture. Degrowthers argue that to transition away from growth we must reduce our working hours and dedicate more time to voluntary, community-led activities that promote fulfilment through non-consumptive means. “This does not mean committing to an impoverished life, but rather to finding joy and pleasure and satisfaction in new non-consumerist ways,” said Gleeson.

This is something that Fromm has grappled with since engaging with the degrowth movement. She is currently a part-time consultant on sustainable projects, but dedicates the rest of her working week to voluntary work, spending time with family and advocating for the degrowth cause. However, she has found that her decision to eschew the traditional working week raised eyebrows among her peers. “I have certainly experienced people being confused about the choices I made because they have a different understanding of how to live your life and how much money you need to [sustain that],” she said.

Fromm believes that part of this scepticism can be attributed to social attitudes surrounding part-time work. “From my perspective, when it comes to enterprises, it is still not a very common thing,” she said. “[Part-time workers] can be regarded as possibly a bit less important, not in leading positions, or oftentimes women that are caring for children. I would like to see it become accepted and implemented not only for those people but for anyone [who] has decided, for any reason, that they don’t want to spend as much time on paid labour.”

All or nothing
Changing people’s perceptions of work, however, is just one hurdle to overcome: there’s also the financial aspect, which, in an inflationary society, presents a greater challenge. Degrowth theorists present two solutions to this issue: first, they suggest heavily investing in basic services such as healthcare and education to close the chasm that lower incomes will create. They argue that this would also help tackle social inequality by ensuring everyone has access to the same care and support. The second, more controversial, proposed solution is the provision of a universal basic income (UBI), paid by the state to every citizen over the age of 18. “This would allow people to do more work within their communities and be among friends and family,” said Fromm. The concept is not a new one, but it has gained traction in recent years and has been trialled in Canada, Uganda, Kenya and, most recently, Finland.

During the two-year Finnish programme, participants were given €560 per month, no strings attached. While UBI was not found to affect the participants’ ability to find work, it did have a positive impact on the health, stress and concentration levels of those receiving it compared with those in the control group. “Those in the test group were also considerably more confident in their own future and their ability to influence societal issues,” noted the researchers who carried out the study.

The wellness-boosting aspect of UBI certainly fits in with the degrowth movement’s overall ethos of turning away from expansion in favour of more holistic markers of success. Paradoxically, the fact that the UBI did not have an impact on the participants’ ability to find work also supports the argument that individual degrowth policies will not prove successful on their own. Introducing a UBI in a society that is still geared towards growth will not work as the two are fundamentally at odds with one another. For the UBI to bear fruit, it must form part of a systemic shift.

The all-or-nothing nature of the degrowth movement makes it somewhat intimidating, but Gleeson argues that the first and most important step is persuading people that a non-materialistic life is a more fulfilling one. “Consumer culture promises people that the path to happiness lies in increasing material wealth… but this is just a flawed conception of the good life,” he said. “We need to structure our societies to ensure that everyone has enough, but our systems and cultures should then redirect energy away from materialistic pursuits and promote the good life through non-materialistic sources of meaning and happiness. In short, less (but enough) stuff, but more time and freedom.”

Radical action
This culture change is already underway in some countries. In May this year, New Zealand Prime Minister Jacinda Ardern announced a new ‘wellbeing budget’ for the country, with billions in new funding allocated to mental health services and measures to reduce child poverty.

Ardern said at the time: “We’re embedding that notion of making decisions that aren’t just about growth for growth’s sake, but how are our people faring? How is our environment doing? These are the measures that will give us a true measure of our success.” Bhutan has taken this philosophy further still by adopting ‘gross national happiness’ instead of GDP as the ultimate social goal. “It’s arguably an example of a post-growth society,” said Gleeson.

Unquestionably, degrowth is a radical philosophy – but we live in a time that requires radical action. Every environmental marker points to the fact that our world as we know it will not exist in 50 years if we continue at the current rate of resource consumption. “Ultimately, an economics of sufficiency is needed if we are going to live within the sustainable carrying capacity of the planet,” Gleeson concluded. “There is no alternative.”