Fossils and minerals take the antiques market by storm 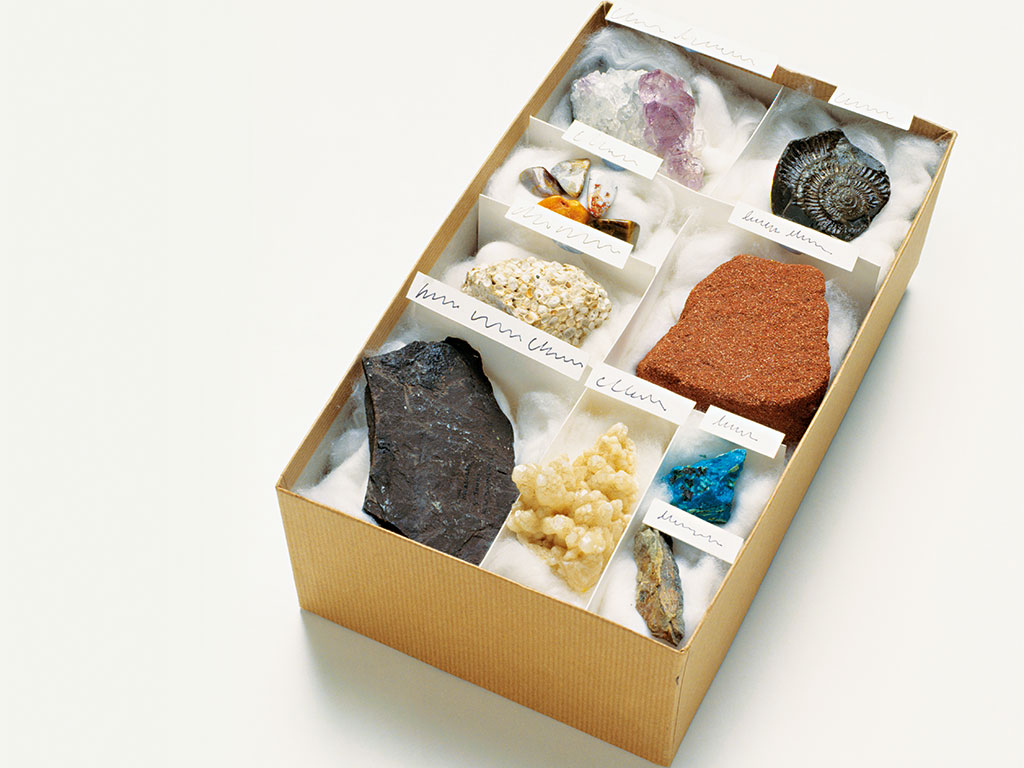 Throughout the Renaissance, the demand for antiques among the aristocracy burgeoned, with the trend soaring by the late 17th century as members of the upper classes began scouring Europe in search of bronzes, sculptures, prints, lamps and vases. With disposable income then rising among the aspiring middle classes in the latter part of the 19th century, the bourgeoisie took to investing in their homes and in the finer things as well. As antiques went mainstream, the market boomed in the hubs of London and Paris.

However, despite this generally rising appetite, antiques have a tendency to go in and out of fashion, as evidenced by the lulls in between the booms of the 1950s and 1980s. At present, the market is experiencing yet another lull; new tastes and values have sent demand and prices for antiques crashing, leaving armoires, bejewelled knick-knacks and Regency dining chairs unwanted and unsold, and causing many industry players to close down or change course entirely. Yet, in the midst of all the doom and gloom for antiques aficionados, there is some cause for optimism in a few niche areas, especially when it comes to fossils and minerals.

Out with the old
With so many more people living in smaller abodes these days – urban dwellers in particular – there is very little space for antique desks and looming tapestries. Nor, in fact, do such items match contemporary tastes, as interior design trends have changed considerably over the past decade or two. Sleek and modern pieces, airy spaces and overall functionality are the style du jour; cluttered rooms and bulky furniture seem to have little place in 21st century life.

Baby Boomers and Millennials are largely uninterested in antiques

“In general, young people have lost interest, and it is mostly older people who are buying – and obviously this area of the population is one that declines”, said Errol Fuller, a curator at Summers Place Auctions, and a leading expert on fossils and extinct species. “Not all areas of antique collecting are in retreat; it is the more drab brown furniture and traditional items that young people have little interest in. They look old-hat and boring.”

Given the niche knowledge and training required to even begin delving into the subject, Baby Boomers and Millennials are largely uninterested in antiques. Adding further to this growing indifference is the reputation antiques have for popularity among the older generations – a status consolidated by television programmes, such as the US and UK versions of Antiques Roadshow, that depict the field as a hobby for pensioners. The downsizing of former antiques hubs, such as London’s Fulham Road and New York’s Kentshire Gardens, reflects this shift further still, indicating the market in general has indeed reached a precarious state.

In with the even older
Over the past year or so, one big trend that is offering hope to those in the trade is the growing popularity of fossils and minerals.

“Decorative items, or things with intrinsic interest, still have appeal, and fossils and minerals have much of this quality. As do antique stuffed animals and birds. And it is these kind of things that are appealing to the young”, Fuller said. “The general public is becoming increasingly interested in the natural world – perhaps because we realise that much of it is vanishing at an alarming rate. We are becoming more conscious of anything to do with nature and to call a piece of natural history your own and to look after it for a few more years and save it for generations to come, is quite special.”

This interest in the natural can be seen across numerous sectors and industries: food, make-up and alternative therapies, to name but a few. It would seem, as these trends indicate, that people are done with the artificial and are tired of fakery; they yearn for something with authenticity. Items such as fossils and minerals offer a window into the natural world within one’s own home.

Fossils are also still reasonably priced, so are more accessible to the general public and not restricted to those with millions in their bank accounts

“Some are incredibly rare as well. But I think the main point is that most people are in sheer awe when they look at something that was created millions of years ago and which is still appealing to us”, said Fuller. “To imagine that this fossilised dinosaur or crab used to live on this planet such a long time ago, and is now one of the prized possessions in your collection is quite mind-blowing. Antiques and the amazing craftsmanship used to create them will always attract us, but I think it is the fact that fossils are not man-made that makes us look at them in wonder.”

Crucial to this trend is the fact that fossils and minerals complement almost any type of interior design. They offer contrast to a modern room with soft furnishings, yet not in the garish way that a cumbersome 17th century dining table might. Given the variety of sizes, colours and types available, there is something for everyone and every budget. “Fossils are also still reasonably priced, so are more accessible to the general public and not restricted to those with millions in their bank accounts”, Fuller said.

Their backgrounds make talking points like no other; it’s impossible not to be interested in their age, formation and aesthetic value.

“They are not man-made and, in terms of antiquity, they are much older. And, of course, they almost always have a story”, Fuller said. “People tend to buy antiques because they are interested in their history and they look great in their homes. Fossils and minerals tick all those boxes, but as our homes are getting more contemporary, fossils actually fit in better. They look better in a minimalist home than most antiques, while still being quirky enough to be a real focal point.”

When asked if he sees this trend continuing in the coming years, Fuller’s response was clear: “Absolutely, and especially because it is an area in which young people are becoming particularly interested, for all the above reasons. Summers Place Auctions established specific natural history sales with our first Evolution sale in 2013, but we have since gone from one specialist auction a year to including natural history items in all our sales – four in total. There is always a huge interest, but our last sale, which included the natural history collection of the Emmen Zoo, was the best yet – every single lot sold. We offered items at prices as low as £30, up to over £100,000.”

Cyclical nature
As shown throughout history, the trend for antiques in the home comes in waves. Wider phenomena, it would seem, have a large role to play; something may occur in popular culture that can ignite a craze, and a shift within an economy can spur a new trend. Take the hit show Mad Men; watched by millions and considered by many to be one of the greatest dramas of all time, the programme, which depicted life in a New York advertising agency in the 1960s, had a direct impact on the antique market. As the show’s popularity grew, so did that of sleek mid-century furniture, with sales of pieces by Charles and Ray Eames, and Jean-Michel Frank soaring during the show’s run. However, sales of such items have begun to slow once more since the show ended in 2015, demonstrating the fickle nature of tastes and trends when it comes to interior design, popular culture and what’s ‘in’.

The growing demand for Chinese antiquities offers another important lesson for the antiques world. Given the exponential growth in the Chinese economy over the past three decades, a huge social shift has taken place in the country, with a sizeable middle class now present for the first time in the country’s history. This expansion and growth in disposable income has allowed considerably more people in China to own their own homes and, consequently, to invest in them and in objects of aesthetic value. Interestingly, this shift has taken place at the same time as a significant cultural transition within the country, whereby symbols of the past, which were once neglected and even rejected, have regained their prominence. Until recently, all reminders of the China’s imperial past were overlooked by the ruling regime and, as a result, the public. However, a renewed zeal for Chinese history has seen citizens reach out for objects of cultural significance. This trend has led Chinese buyers to scour the globe in search of rare pieces.

The western trend for fossils and minerals may be in line with contemporary tastes, yet this too is likely to pass at some point – it may take several years, but it will pass. Evidently, the appetite for antiques, and for the various individual categories themselves, comes and goes. They are a reflection of society, the state of the economy, and of what was valued at any one time. At present, we are at a stage where the natural is lovingly embraced, which is clearly reflected in what we eat and how we style our homes. But the future may look very different. Perhaps period decor will come back into fashion, perhaps the dining room will have a revival, and maybe even large brown furniture will have its day once more.

Ultimately, the antiques market has a life of its own. It has its own ebb and flow, and is certainly an interesting reflection of society. Although the antique market is shrinking in general, all is not lost for those invested in it; who knows what we’ll once again value in the future?