Leadership traits and lessons from the silver screen

The key traits that make up a successful leader have been seen on the silver screen. We look at the top 10 leadership skills and how they’ve been reflected in some of cinema’s greatest characters 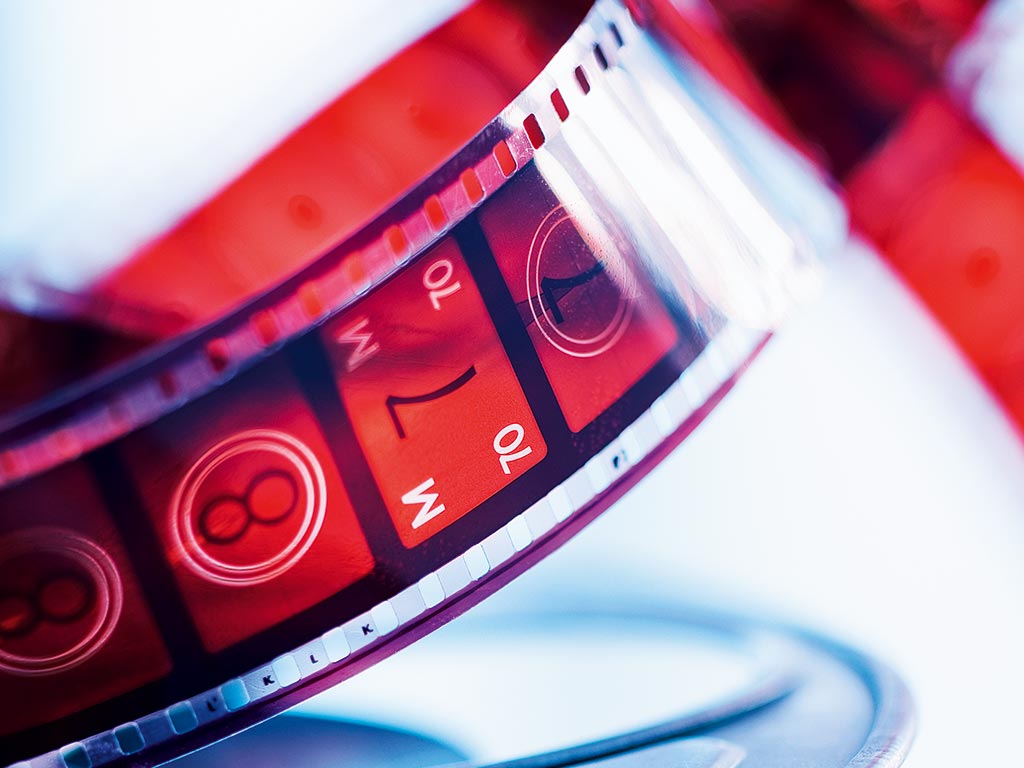 What makes a successful leader? It’s a question that’s been debated at great length: people have tried to decipher which traits history’s greatest leaders shared. Some think it was personality: others put it down to specific abilities and skills. In a piece for Entrepreneur magazine, organisational psychologist and leadership specialist Dr David G. Javitch argued every good leader has 10 characteristics and views that drive him or her.

Javitch, who heads up the Javitch Associates consultancy firm, says strong leaders are likely to have a clear mission before they set out, a vision of how things will play out and a goal they want to reach. They will also be competent, have a strong team behind them, possess communication and interpersonal skills, and have a ‘can-do attitude’. Finally, every successful leader will have the ability to inspire employees, and ambition.

The world of film has presented countless examples of characters that share these traits, including gangsters, spies, generals and scientists. Here, we look at cinema’s top leaders, and at their traits that we should all endeavour to possess. The Hunt for Red October

All good leaders should know exactly what they want to accomplish with their business, and have belief in on-going projects. They must have a clear and well-thought-out mission. Nowhere is this more evident on the silver screen than in Sean Connery’s celebrated portrayal of Soviet submarine captain Marko Ramius in The Hunt for Red October. The 1990 thriller – based on a Tom Clancy novel – tells the story of a Russian submarine commander taking control of his vessel with the intention of defecting to the US. Ramius, disgruntled with what the Soviet Union has become, meticulously plans how he will carry out this act of defiance. Keeping his plans to himself, Ramius never wavers in his execution of the hugely risky mission. He is characterised by his willingness to do whatever it takes to ensure that it is a success. Obviously, any good leader must have a high level of competency that will give them the tools to succeed in their job. Leaders can have all the vision and the clearest goals in the world, but if they haven’t the competency to carry them out, they don’t stand a chance of success. This also means employees and superiors have the confidence in one’s abilities to carry out the job successfully.

In the Coen brother’s seminal 1996 crime film Fargo, detective Marge Gunderson deduces the complicated series of events that led to the kidnap and deaths of a state trooper and a couple driving their car. Even though Gunderson’s character is heavily pregnant, her skills as a detective allow her to work out exactly what happened and ultimately arrest the man responsible. Competency is learnt on the job and gained over time, something that is reflected in Gunderson’s considerable experience. Back to the Future

When it comes to transforming a business into a successful enterprise, the best leaders must have a vision of where they want things to go. The plan needs to be inspirational, ambitious and driven by passion. In the Back to the Future film series, eccentric scientist Dr Emmett Brown – played by Christopher Lloyd – perfectly exemplifies this
type of character.

The inventor of a time-travelling sports car, Doc Brown is depicted as a passionate innovator who has a vision of a revolutionary scientific breakthrough. Like any good leader, he is willing to suffer countless failed attempts until he has perfected his technology, and has the enthusiasm to inspire Michael J. Fox’s character to join him on his mission – and deal with staff incompetency when it threatens the space-time continuum. Every successful leader will always have a team of trusted employees around them. Whether these are subordinates who carry out the heavy lifting or the seasoned advisors who help formulate strategy, leaders would be lost without a strong team to back them up and help transform a vision into a successful enterprise. In the classic Godfather series, Al Pacino’s character Michael Corleone rises up the ranks of his father’s criminal empire to become the leader of the most powerful and notorious Mafia family in America. In the second and third films, his growing success is achieved partly as a result of the people he surrounds himself with, from Robert Duvall’s ‘consigliere’ character Tom Hagen, who acts as Corleone’s most trusted advisor, to the character Al Neri, who acts as his personal bodyguard and main assassin. Having a goal against which to measure one’s success is vital for anyone in charge of an organisation. Goals must be inspirational but also achievable, so their success can be measured and lessons can be learnt. If they are unrealistic, then they will rarely be achieved or allow any lessons to be learnt. In the case of Sigourney Weaver’s most famous character, Ellen Ripley, her ultimate goal in the 1979 science-fiction horror movie Alien is to avoid certain death by an acid-oozing alien that has terrorised her ship’s crew. Throughout the film, Ripley shows such determination in her relentless pursuit to find a way off the ship that she ultimately succeeds in reaching an escape vessel. She carries out her mission with aplomb – although she suffers the unfortunate fate of encountering more aliens in three, increasingly dispiriting, sequels. The ability to communicate an idea effectively is crucial to any business, but equally as important are the interpersonal skills that allow a leader to easily relate, and communicate their ideas, to new people. Some of the best entrepreneurs are able to walk into a room full of strangers and get along immediately with those they meet. All leaders should be expected to be proactive in the way they sell the ideas of their businesses, as well as having the ability to speak to staff in a way that inspires them to strive for excellence. In the James Bond films, the title character is frequently shown entering bars and immediately striking up conversations with complete (and usually glamorous and available) strangers, while also duping all manner of villains with his charm and wit. Timothy Dalton’s suave portrayal did this to great success in the late 1980s – notably in 1989’s License to Kill, where he convinces drug kingpin Franz Sanchez to welcome him into his inner circle. He later sets him on fire. While a leader can have a focused mission, an inspiring vision and realistic goals set out, they mean nothing if the leader is incapable of conveying his or her ideas in a clear manner. This applies to employees who need to be directed from above, to investors who want to know how their stakes are being managed, but also, to the customer.

In the 1999 psychological thriller The Sixth Sense, central character Cole Sear – an eight-year-old boy who is experiencing troubling visions – is (spoiler) revealed to be able to communicate with the dead. With this ability, Cole is able to convey messages from the recently deceased to loved ones still grieving. Having the ability to communicate – often in ways others seem incapable of – is an essential part of a leader’s role, allowing businesses to have a mission, vision and goals that everyone involved will understand. Good leaders ensure their endeavours are a success and employees don’t lose sight of their ultimate goals. Having a positive attitude towards a project – as well as the record of achievements and drive to back it up – will usually give it a far greater chance
of success.

The Shawshank Redemption, the 1994 story of a man sent to prison for the murder of his wife and her lover, gives an example of two very different attitudes towards success. The protagonist, Andy Dufresne, is eternally hopeful that he will someday be free, despite receiving a double life sentence for the murders. His friend Red – played by Morgan Freeman – is “a man who knows how to get things” and is ever open to the possibilities of making life that little bit more comfortable on a daily basis. Providing the motivational inspiration that will drive a team of employees to strive for success is something of which every leader must be capable. Employees need to feel inspired by their superiors, and convinced that whatever orders are sent down to them are well-thought-out strategies that are designed to succeed. This inspiration, guidance and motivation can come in many forms, from encouragement to charisma.

Colonel Kurtz is a character who transfixes his followers in the Vietnam war classic Apocalypse Now. Played by Marlon Brando, the colonel is sent to catalogue the failings of the US military in Vietnam, but goes AWOL and convinces a rogue group to follow his mantra. His followers idolise him and he even manages to convince an officer sent to capture him to join his side. That is leadership. None of the traits listed so far will mean anything if the leader of an organisation doesn’t have the rampant ambition to make their enterprise a success. Leaders must strive for increasing success, never content to rest on their laurels or settle for the achievement of an initial goal. Once a goal is achieved, all good leaders will seek to conquer another. It may often overspill into ego and vanity, but ambition is key characteristic of a successful leader.

Charles Foster Kane – the eponymous tycoon in Orson Welles’ 1941 classic Citizen Kane – is born into a humble life and manages to transform his circumstances into one of great wealth and power by establishing a media empire. However, while ambition is an essential attribute for a successful leader, unchecked it can lead to things unravelling. In Kane’s case, he undertakes a disastrous attempt at a political career before losing much of his wealth through profligacy, vanity and the Great Depression. The most important lesson of cinema: wealth bought at the expense of happiness is worth nothing.